Solar cooking is changing the lives of a group of women in Mali. Now, they have more time for their families. Less time in the kitchen also means more capacity to earn their livelihood at the marketplace. 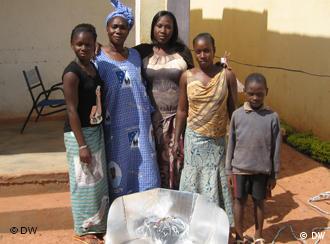 Solar cookers have become part of the family for many

Steam is rising, and the smell of a spicy stew hangs in the air as Djénéba Sow lifts the lid of a black pot.

"I prepared the sheep's head here yesterday around six or seven o'clock - and this morning, everything is ready," Djénéba said. "And it's still hot, look! You can use solar energy to cook all of our specialties here in Mali, including our sauces."

Djénéba lives in District 659, a housing project for widows located a few kilometers southeast of Bamako. She said solar cooking saved her money. She only had to spend 100 CFA francs ($0.22) on the ingredients

"Normally, I would need charcoal that costs at least an additional 300 or 400 francs," Djénéba said. "Yesterday, I just tossed everything together in the pot - meat, vegetables, seasonings and water - and everything cooked on its own by this morning."

Djénéba is getting by almost entirely without coal, which amounts to a small sensation among her neighbors. But it's entirely normal for the mothers who have to make sure six kids are full each day. 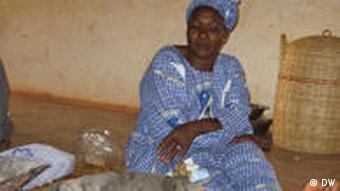 Traditional cookers need to be attended to all day

She is one of the women in the district who has discovered solar energy for herself and procured inexpensive solar cookers. Her system is almost too simple to believe. It consists of cardboard, aluminum foil and a special pot, which together cost 7,500 CFA francs. It's a great investment that really saves.

"This is how it works: the solar panel is really nothing but a 2 x 1.9 meter cardboard box," said Haoua Keita, the inventor of the solar cooker and head of Mali's Association of Female Engineers. "We stuck aluminum foil on it, which was actually collected from chewing gum wrappers, and it gathers solar energy."

Two plastic, polypropylene bags are included in the set and the pot rests inside them. The pot is painted black so that it absorbs sunlight. The first drops of condensation on the inside of the bag signify that the process has begun.

"But figuring out exactly when a dish is ready, that just takes experience," Keita said.

A relaxed Ramadan - thanks to solar energy

Solar cooking is changing and simplifying the lives of the widows in District 659.

"During the Islamic fasting month of Ramadan, we only eat after sunset and are not allowed to cook during the day but should be praying instead," Djénéba said. "The solar cookers have helped us a lot during Ramadan because we let the sun cook for us - at night, everything is ready." 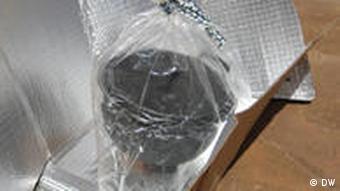 The women used to have to get up at three or four in the morning, in order to prepare food before the sun comes up.

Thirty women have already excitedly taken up Keita's ideas. It's a drop in the ocean perhaps, but it's a start. Now, they have more time for their kids and can sell their vegetables at the market, instead of staying at home and standing over the stove.

Heading in the wrong direction with coal

Solar energy also saves wood and coal, which is a blessing for the environment. Still, heavy smoke from charcoal fires hangs above the entire area day and night - and it mixes with the exhaust of the city, robbing its inhabitants of fresh air. Energy policy in Mali is still barking up the wrong tree - in every sense of the word.

"We have no oil and no domestic petroleum," said solar expert Ousmane Soumaoro. "However, we could use solar energy very well. We just have to use that which God gave us - and we do have 300 or more sunny days each year. It is constantly hot here."

According to Soumaoro, five to seven kilowatt hours of energy per square meter could be collected with solar panels in many areas.

"We have to take advantage of that," Soumaoro said. "Only by doing so can we hope to address the energy problem in our country."

Ever since the steep increase in oil and gas prices, the need to use wood as an energy source has been on the rise, while the population is growing at the same time. But Soumaoro does not think that coal will be abandoned entirely at some point.

"This is because people change their habits and behavior very slowly here," he said. "However, solar energy can help us understand that we must protect our environment."