Malian health officials have confirmed that two more people - a patient and the nurse who treated him - have died from Ebola. The fatalities are not linked to the case of a young girl who died of the illness. 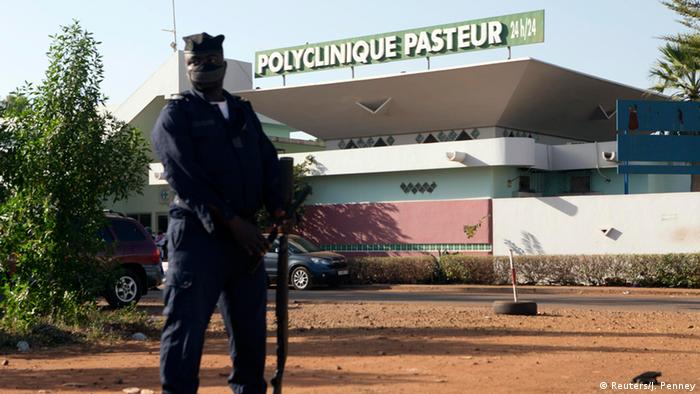 A Malian official on Wednesday confirmed the two Ebola deaths, and added that they were not thought to be related to the country's only previous instance of the disease.

Communications Minister Mahamadou Camara said that a sick imam and the nurse who treated him had both died.

The two latest fatalities were at the Clinique Pasteur private clinic in the Malian capital Bamako and both were confirmed as having Ebola. The man was not suspected of having Ebola when his treatment began.

The clinic, regarded as one of the best medical facilties in Bamako, was placed under lockdown by police on Tuesday night.

The deaths raised fears that the disease might be passed on to more people, given that the source of the infection remains unknown.

There is no apparent link with the case of two-year-old Fante Conte, who died after she returned from a trip to Guinea on a bus journey that made frequent stops along the 1,200 kilometer (750 mile) route. The girl, who was accompanied by her grandmother, sister and uncle also visited relatives in a house containing some 25 people.

Malian health authorities announced on Wednesday that 30 members of the family were being released from a 21-day quarantine after they showed no signs of the disease.

About 50 other people who had possible contact with the girl are under observation until November 16.

With more than 10,000 cases of Ebola reported in West Africa - specifically Guinea, Liberia and Sierra Leone - almost 5,000 people have died this year.