More than 10,000 people have now been infected with the Ebola virus, according to the WHO. Medical workers returning to the US are facing tighter controls, while Mali has reported its first Ebola death. 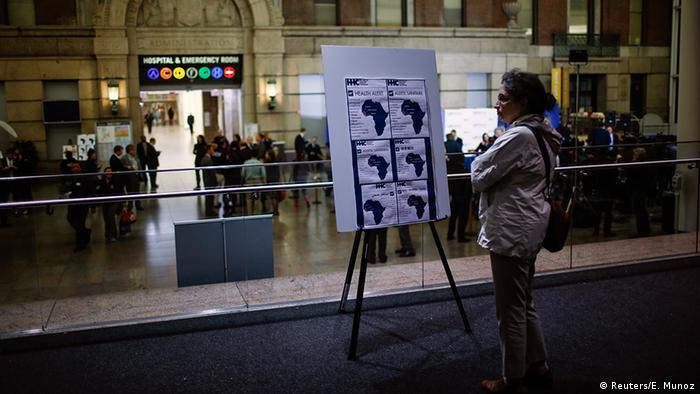 Of the 10,141 confirmed, probable and suspected cases of Ebola reported by the World Health Organization (WHO) on Saturday, 4,922 patients had died.

The United Nations health agency has repeatedly said these figures, current to October 23, could be an underestimate as many cases in the hardest-hit West African nations may not have been reported.

The nations of Guinea, Liberia and Sierra Leone had the vast majority of deaths in the worst-ever outbreak of the virus, while cases were also reported in five other nations. The WHO had previously declared outbreaks in Nigeria and Senegal to be over after no new cases were reported there in recent weeks.

Ebola cases have also been reported in Spain and the United States, while this week Mali reported its first case of Ebola.

The US states of New York and New Jersey have tightened controls after a doctor who had recently returned to New York from Guinea was diagnosed with the contagious virus. Medical workers who had been in contact with Ebola-infected people in West Africa would be under mandatory quarantine.

"We have to be guided by the facts, not fear," US President Barack Obama said of New York's response to its first Ebola case. 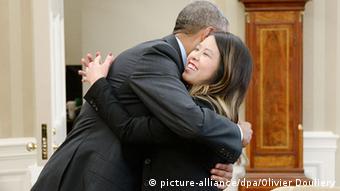 Ebola survivor Nina Pham gets a hug from the US President

"Yesterday, New Yorkers showed us the way. They did what they do every day: jumping on buses, riding the subway, crowding into elevators, heading into work, gathering in parks," he said. Obama on Friday met Nina Pham, a nurse who had caught Ebola while caring for a patient in Dallas but was declared Ebola-free.

In a symbolic move, he hugged her during their meeting at the White House.

Authorities in Mali were also working to reassure citizens on Saturday, after it was revealed the toddler who became the first to die of the virus in that country had taken a lengthy journey on public buses while she was showing symptoms, meaning that she was contagious.

The WHO has said it was treating the situation as an "emergency" because there was the potential for many people to be exposed to the disease, which is spread by contact with the bodily fluids of an infected person.

"We are doing everything we can to prevent panic and psychosis," the AFP news agency reported Mali President Ibrahim Boubacar Keita as telling French radio. The WHO said Malian authorities were tracing people who had come into contact with the girl and her grandmother.