WHO warns of Mali Ebola risk as infected toddler dies

The World Health Organization has warned that many people in Mali may be at risk of developing Ebola after being exposed to a toddler who showed symptoms during a bus journey. The two-year-old girl has died in hospital. 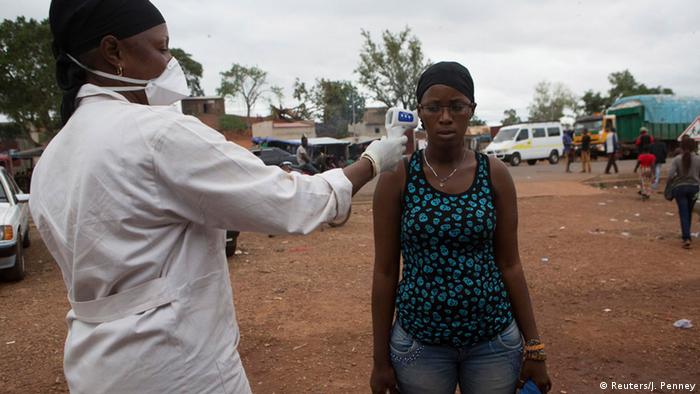 The UN health agency said on Friday it was treating the situation in Mali as an emergency, given the number of people who may have had "high-risk exposures" to the child.

World Health Organization (WHO) officials said they had already identified 43 people, including 10 health workers, who had come into close contact with the girl. All were said to be being held in isolation and monitored for symptoms.

The child - who died at a hospital in the western town of Kayes on Friday afternoon - had recently returned to Mali from Guinea, one of the three countries worst-hit by an epidemic that has so far killed nearly 4,900 people.

During the journey, the child - who was traveling with her grandmother - was said to have been visibly sick and bleeding from the nose. The bus passed through several towns and cities, including the Malian capital - Bamako.

"The child's symptomatic state during the bus journey is especially concerning, as it presented multiple opportunities for exposures - including high-risk exposures - involving many people," the WHO said in a statement.

The girl was taken to a clinic on Monday and was initially diagnosed with typhoid, for which she also tested positive. When treatment for that disease did not work she was tested for Ebola, which gave a positive result on Thursday.

Given Mali's shared border with countries hit by the outbreak, officials from both the WHO and the US Centers for Disease Control and Prevention (CDC) were already in the country to prepare for the possible spread of the disease.

The current Ebola outbreak in West Africa began in Guinea and has since spread to Liberia, Nigeria, Senegal and Sierra Leone. Both Nigeria and Senegal claim to once again be Ebola-free, while there have been examples of further infections in the US and Spain from people who contracted the virus and traveled from the affected region.