Mali's prime minister and government resigned without providing a reason. The country is months from a presidential election that will take place against the backdrop of a fragile peace agreement and instability. 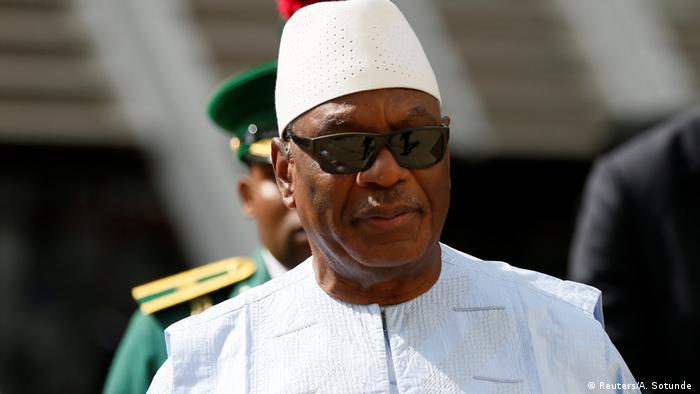 Boubeye Maiga is considered close to Keita despite having to resign as defense minister in 2014 after the Malian army suffered defeats against Tuareg rebel groups in the country's troubled north.

No explanation was given for Idrissa Maiga's resignation, which came only seven months before Keita seeks re-election. Keita's office said a new government would be named soon. It will be the fifth government to serve since Keita came to power in 2013.

Mali's north is still a theater of unrest almost six years after a French-led military operation chased Islamist extremists linked to al-Qaida from a region they had taken control of in early 2012.

But the rebellion for Tuareg autonomy was quickly hijacked by Islamist militants, including al-Qaida-aligned groups.

Events in Mali prompted France to intervene militarily in its former colony in January 2013. French forces were largely able to push back the extremist insurgency, but militants continue to use sparse terrain to launch attacks. Their insurgency has since spread into Burkina Faso and Niger.

The UN deployed the peacekeeping MINUSMA mission in July 2013 to replace the French mission.

It now oversees a June 2015 peace accord signed between the Malian government, Tuareg rebels and other northern rebel factions, but groups linked to al-Qaida are excluded. Implementation of the peace agreement is fragile. 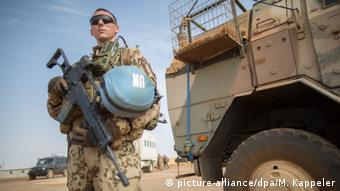 A German soldier in Gao as part of the MINUSMA mission.

Separately, Chad, Mauritania, Mali, Niger and Burkina Faso - known as the G5 – are setting up a 5,000-strong combined Sahel force to combat smuggling and extremist groups.

The EU is the main financial supporter of this French-backed African force.

The G5 force is expected to complement France's Barkhane force of 4,000 troops active in the Sahel region and the MINUSMA mission.

Germany has about 1,000 troops deployed in Mali as part of the UN peacekeeping mission.

Two German army pilots have died after their helicopter crashed near Gao, eastern Mali. At the time of the crash, the helicopter was monitoring "confrontations." (26.07.2017)

Mali has a difficult international image: it still struggles to control the country’s north and the investment climate is often deemed unfriendly. Will a forum change all that? (08.12.2017)