Malaysian lawmakers struggle to maintain harmony | Asia | An in-depth look at news from across the continent | DW | 17.07.2013

The difficulty of maintaining racial and religious harmony in Malaysia became clear last week with the withdrawal of a law that would allow only one parent to give consent for the religious conversion of a child. 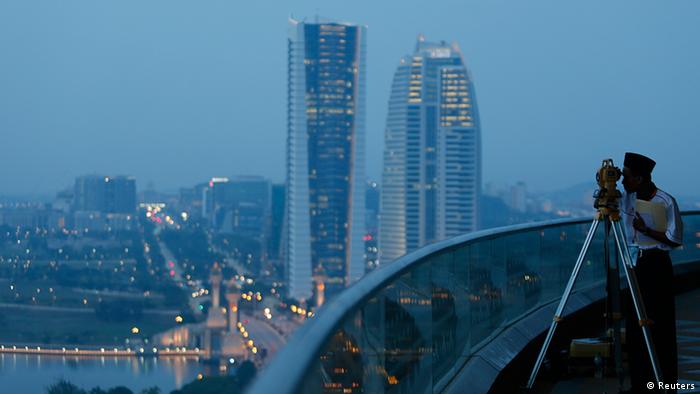 As the Muslim holy month of Ramadan begins, life in the Southeast Asian metropolis of Kuala Lumpur continues at bustling speed. A time to reflect and pray, one wouldn't know Ramadan is here, as traffic is at gridlock and businesses remain open into late hours.

Sixty percent of Malaysia's 29 million people are Muslim of ethnic Malay origin. Laws here state that if you are Malay, you are automatically a Muslim. Matters of theology have always been sensitive in this multi-racial country, which also has a sizeable Chinese and Indian minority. Approximately nine percent are Christians, with 850,000 Catholics.

During the 22-year term of former Prime Minister Mahathir Mohamad, the ruling Barisan Nasional (BN) party has always pushed to affirm the rights of Malays in politics and civil society. But according to rights groups and activists, Malaysia's ethnic and religious minorities struggle to be heard.

T. Vigneswaran, a convenience store worker, is Indian and of the Hindu faith. He tells DW that while economic progress continues, social and political progress is going much slower.

"I am part of a minority in this country, the poorest minority, and sometimes I feel our rights are not enforced, or respected," he said. 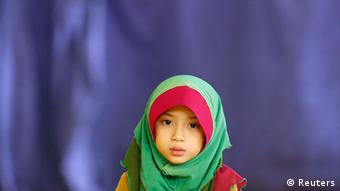 "There are times where if you really want to get through the bureaucracy here, you need to have Malay friends. It shouldn't be this way. I am Malaysian, just as much as anyone else."

Previous and current governments have admitted that maintaining racial and religious harmony is an unremitting struggle. This was highlighted last week by the withdrawal of a law that would allow only one parent to give consent for the religious conversion of a child.

Malaysian law already implements a bill which gives custody to the Muslim parent and foresees the loss of shared custody the other if he or she is a non-Muslim in divorce proceedings. Due to this, members of minority faiths say they do not get a fair hearing under religious courts in custodial cases.

The latest move to introduce a child conversion bill into parliament caused an uproar, which led to its withdrawal by the deputy prime minister.

The potential repercussions of this law were highlighted in a recent case where S. Deepa, a 29-year-old Hindu woman from the northern district of Jelebu, claimed her estranged husband converted their children to Islam without her knowledge after embracing the religion the previous year.

The move triggered protests from some of the country's top legal experts. Citing the country's federal constitution, Bar Council president Christopher Leong said that one parent did not have the right to convert the children without the other's knowledge.

Leong also told DW that Malaysia's constitution ensured that no one was required to take part in any ceremony or worship any religion other than their own.

DW spoke to another woman in a similar situation. She chose not to pursue it in the courts, believing that nothing would be achieved.

Asking not to be identified, she told DW that cases like this often go unreported.

"It is more common than people think. I strongly believe the main reason one parent converts their children is aimed at taking full custody of the kids," she said. 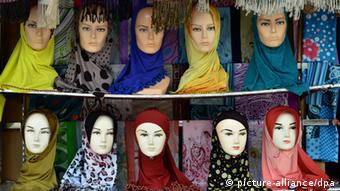 Some minorities say Muslims have more advantages than non-Muslims

"Very few of these conversions are even genuine. And since I am not a Muslim, my rights, and my voice will not be heard. This isn't just devastating for me; I worry for the future of my kids."

Racial tensions have also been fuelled by so-called "body-snatching" cases where the authorities clash with families over the remains of deceased people whose religion is in doubt.

"What is the point of acknowledging Islam as Malaysia's official religion, when a bill that upholds the faith of Islamic children can't be tabled and passed in parliament?"

As this bill continues to be a topic of debate on the streets of Kuala Lumpur, racial and religious divisions are, according to many, a fact of life. So much so that former PM Mahathir Mohamad wrote in an article last month, that after a 60-year tenure in Malaysian politics, he believes racial divisions "have become more pronounced than ever before."

Change is what many Malaysians had sought when they cast their vote for opposition leader Anwar Ibrahim in national elections on Sunday. He lost but the days of incumbent ruler Najib Razak could be numbered. (06.05.2013)