Chinese involvement in sub-Saharan Africa's ports is substantial. The investments could become a risk if Beijing controls access, experts warn. Still African countries stand to benefit if they can mitigate the risks. 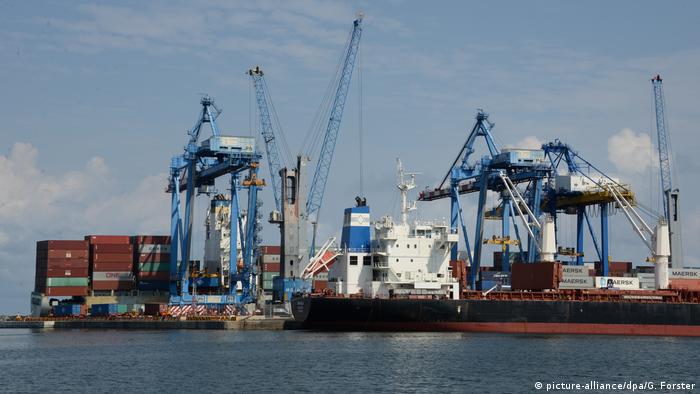 The value of goods exchanged between China and Africa exceeded more than $200 billion (€177 billion) in value last year, making it the continent's largest trading partner. The vast majority of these were shipped — more than 90% of Africa's exports travel by sea.

But African shipping costs are high, ranging from 1.5 to 3.5 times more to transport a single container via sea than in other regions with high trade volumes, according to a recent report by PricewaterhouseCoopers (PwC). It's no surprise Chinese investments in African port infrastructure have accelerated in recent years. Both China and its trading partners on the continent have a big incentive to lower shipping costs. But experts are concerned.

"There needs to be some clear understanding between operators and the government that these ports have free access when Chinese [companies] are operating a port," says Judd Devermont, director of the Africa Program at the Center for Strategic & International Studies (CSIS).

"That would protect ports against the potential of China blocking other countries from using them," he notes.

In a commentary written with his colleagues, Devermont, a former US intelligence officer for Africa, identified at least 46 existing or planned port projects in sub-Saharan Africa with some Chinese involvement.

China could be involved in more seaport projects. Inland ports are excluded from the CSIS study

More than half of the 46 coastal port projects were financed by Chinese entities and 11 are operated by them, according to the CSIS. Now the fear is this high level of involvement could potentially enable Beijing to control or limit access for its rivals one day.

"The Chinese are very good at making investments that are multifaceted in their outcome," Devermont says. "[The ports] can have political objectives, military and security objectives, and they can have commercial objectives."

While experts may be warning of the caveats of Chinese involvement which could be part of a wider Maritime Silk Road, African governments may have another more pressing concern. The need to modernize and reduce congestion at their ports. By 2050, more people will be living in sub-Saharan Africa than in South and Central Asia, according to UN projections. The region's ports need to be equipped for the growing market.

"The ports are the first step in the developing efforts of any country," says logistics consultant Lars Greiner.

The expert, who was also involved with PwC's report on sub-Saharan African ports, notes the region's ports fall well below global standards. It is the only region with no hub port that serves as an intermediary facility between two other ports, he says.

"What's missing in Africa is there's not a single hub port at the moment," Greiner says. "The race is now on as to who's going to create the first one of those."

None of Africa's facilities are among the world's top 40 ports. Durban, which is sub-Saharan Africa's busiest, is ranked 66th by insurance market Lloyd's in its One Hundred Ports 2018 list. South Africa is home to the continent's third-busiest port. Lloyd's ranks Morocco's Tanger Med and Egypt's Port Said ahead — 46th and 56th, respectively.

A multilateral approach is needed

The poor performance of African ports in global rankings is partly due to the low level of regional trade. Intra-Africa trade only accounts for 17% of exports, according to the Brookings Institution. That is significantly lower than Asia's 59% and Europe's 69%. Apart from becoming more efficient, ports will need better networks of roads and rail links, connecting them to entire regions.

While there are several ongoing inland transportation projects, some initiatives are stalling. In West Africa, work on French transportation company's Bollore's rail "loop" project, which would have linked Niger to Ivory Coast, was halted. Authorities in Benin, the country it would have traversed, decided to suspend it. Some say that's because Benin's current government has tilted toward Beijing. In East Africa, plans for an oil pipeline between Uganda and Tanzania's Dar es Salaam have stalled because the two governments cannot come to an agreement.

Experts say African countries need to work together to develop multilateral solutions that boost regional trade. And that's perhaps why the Chinese model could be helpful. 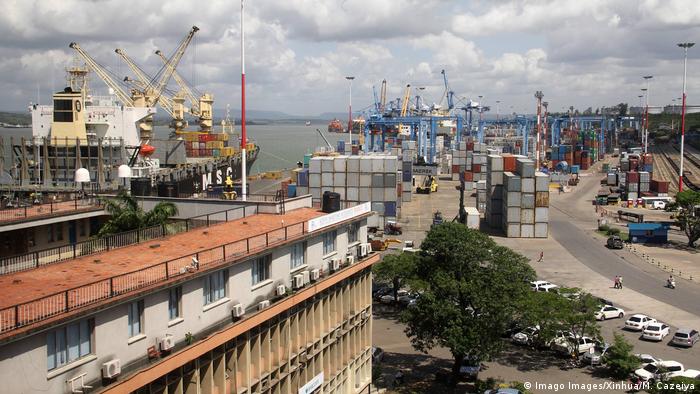 "It's not a bad one for Africa because they like to come and take as much control as possible and force the project through," says logistics consultant Greiner.

"In that regard, they prevent it from being hung up in politics and local issues," he adds.

Beijing gets some pushback

However, China isn't immune from being affected by local politics in Africa. One of the continent's most ambitious projects is now on hold. Tanzania's Bagamoyo Port was set to be the home of the continent's largest port — built and operated by the Chinese. But the current government doesn't agree with the terms of the $10 billion project the country's previous administration made with Beijing. Tanzanian officials have said that the deal isn't commercially viable.

While it may make sense for African countries to team up with China for infrastructure, having more transparency would benefit all stakeholders, says Devermont. "One thing I say about the ports is to be crystal clear [and] have the deals of those contracts be accessible to the public."

"It would undercut some of the more negative criticism about China, if it was done in a way that people could access and evaluate what they are doing," notes the former intelligence officer.