Make or break year for earth′s species | Environment | All topics from climate change to conservation | DW | 18.01.2010

Rates of extinction are said to be so high, that some have equated the crisis to the challenge posed by climate change. But is it really that dramatic? DW spoke to Achim Steiner, head of the UN Environment Program. 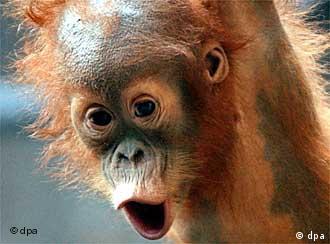 Achim Steiner is the head of UNEP, the UN Environment Program. He's a Brazilian-born, English-educated, German national - and an expert on environmental matters, who formerly headed up the Swiss-based International Union for the Conservation of Nature and Natural Resources (IUCN).

The United Nations has designated 2010 the year of biodiversity, in a bid to turn around the rapid loss of the worlds various plant and animal species. DW spoke to Steiner about the extent of the problem.

Deutsche Welle: German Chancellor Angela Merkel has called for a "sea change" in the world's response to species loss. She put the scale of the crisis on a par with the challenge of climate change. Is it really that bad? 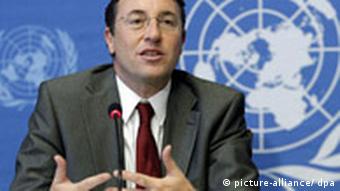 Achim Steiner: If you look at all the major indicators that we have today about loss of species, loss of habitat and land degradation, it is perhaps a more invisible, but never-the-less equally dramatic crisis that is unfolding.

The latest data from scientists indicates to us that the loss of species is occurring at anywhere between 100-1000 times faster than has traditionally been the case.

We don’t even know how many species there are on the planet. How do you calculate the mortality rate?

Science is, as always in terms of what human knowledge represents, an approximation of what we are able to understand. Certainly we do understand enough today about how eco-systems function, how key species that may disappear affect the viability of eco-systems.

This is as much a precautionary approach as it is rooted in a growing understanding of what the loss of species actually can imply.

We hear UN claims like "three species are vanishing every hour." Can you put that in context - how many species are there estimated to be on the planet?

We roughly know of a couple of million today, these are projections based on research that has been done on location. I would like to emphasize that it is not an absolute number, we should not perhaps focus on this but rather the trends and the indications we have for how we are losing these species.

The world needs to pay attention and understand the importance of biodiversity and more importantly to translate that into measures that relate to the cost society will bear if these species and the eco system services they provide no longer exist.

How do we know this is driven by human activity? Species have become extinct in the past long before humans arrived on the scene. 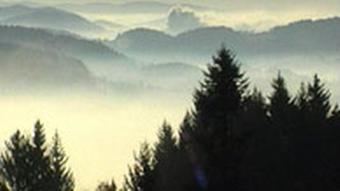 The economic value of ecosystems is tricky to calculate

The greatest threat to biodiversity today is loss of habitat. It takes little imagination to understand that as agricultural frontiers, cities and urban spaces expand, as we move to (a planet of) nine billion people by 2050, we are in competition with other animals. If we do not manage that space more intelligently, we are headed for disaster.

The IUCN red list estimates that over 17, 000 species are in one form or another threatened with extinction today. That gives us an understanding of how acute the issue is.

Germany is currently chairing the convention on biodiversity. Chancellor Merkel called for a new scientific body to be set up to collate the science, in the same way the Intergovernmental Panel on Climate Changes (IPCC) does for global warming. Is this a sensible idea?

Yes, the time for this has come for two reasons. Firstly, we know more and more about what is happening in nature, but we need to consolidate that knowledge. We need to connect the dots in the global picture.

The experience with the IPCC has been that biodiversity conservation and the maintenance of functional ecosystems is beyond the reach of individual governments. For example, we have destroyed over 50% of the world's wetlands over the last 100 years, one more wetland in one country might not seem like a dramatic step, but it is if you add it all up you’re in fact undermining one of the major eco-systems on which this planet thrives.

The second point is economics. We have, in a sense an economic invisibility when it comes to biodiversity and ecosystems. What are the benefits we derive daily from nature, and how do we invest in their maintenance? 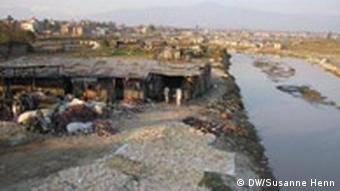 Humans are pushing back the boundaries of nature to breaking point

The idea is not to put a price tag on an individual species. We must always remember that we have a fundamental responsibility to conserve life on earth. Look at the galaxy at night, where else is there a place where life forms as we know them thrive as they do here.

We must also mobilise economic knowledge and this is where the approach with ecosystems services is so important. If soil fertility continues to decline, it will affect our food security. If the fisheries in the oceans collapse, literally hundreds of millions (of people) will not be able to get their daily protein. In terms of agricultural biodiversity, we rely on a very limited number of species to grow most of our food on the planet and we have medicinal needs that are essential.

For an unabridged version of the interview, follow the audio link below.

Listen to the interview with UNEP chief Achim Steiner