A new survey by London think tank Chatham House reveals that the majority of Europeans oppose Muslim immigration, Germans included. There is no country polled in which support for Muslim immigration surpasses opposition. 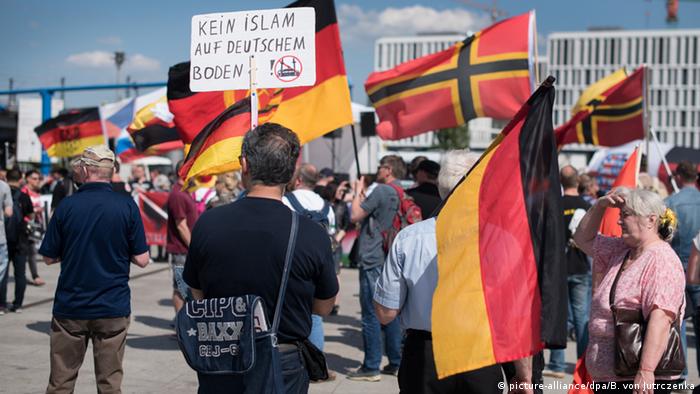 In response to President Donald Trump's executive order banning entry into the United States for citizens of seven Muslim-majority countries, Senate Minority Leader Chuck Shumer said: "This order is against what we believe in America." Of all the executive action taken by Trump in his brief term thus far, this one caused the greatest uproar in the US and internationally. Trump banned the entry of citizens from the seven countries for 90 days, all refugees for 120 days and Syrians indefinitely.

Judges expressed skepticism over the need for the travel ban, asking whether there was any evidence of a link between the seven countries and terrorism. The court said a decision would come "as soon as possible." (08.02.2017)

Around 10 thousand people have protested in the UK against a US travel ban that affects several Muslim-majority nations. Critics see the ban as inflaming religious tensions and violating international laws on refugees. (04.02.2017)

Germany's president has urged Europe to take a clear stance against Trump's entry ban for citizens from seven Muslim-majority countries. He said the order was "incompatible" with the European values of human dignity. (04.02.2017)

The order led to mass protests and drew scorn from foreign leaders. German Chancellor Angela Merkel said the ban "contradicts the basic tenets of international aid to refugees and international cooperation." She added that it puts all Muslims under general suspicion. However, 53 percent of Germans would support a similar ban in their country, the Chatham poll showed.

London Mayor Sadiq Khan expressed his opposition to Trump's planned state visit in Great Britain, saying, "I am quite clear, this ban is cruel, this ban is shameful, while this ban is in place we should not be rolling out the red carpet for President Trump."

But Trump has been praised as much as he has been criticized. In the US, his followers are celebrating. His actions have also been applauded by right-wing populists in Europe like France's Marine Le Pen, Geert Wilders in The Netherlands and Alexander Gauland from Germany's Alternative for Germany (AfD) party. "Trump is doing it right. He is showing us how to do it," Gauland said.

Trump defended his order by saying that it was "not about religion" but instead, about "terror and keeping our country safe." Is this true? Or is it actually about preventing the immigration of Muslims? A study conducted by the London-based think tank Chatham House concludes that Europeans want to curb Muslim immigration. Before Trump issued his executive order, Chatham House had asked 10,000 people from 10 European countries to evaluate the following statement: "All further immigration from mainly Muslim countries should be stopped."  An overall average of 55 percent of respondents agreed with the statement. 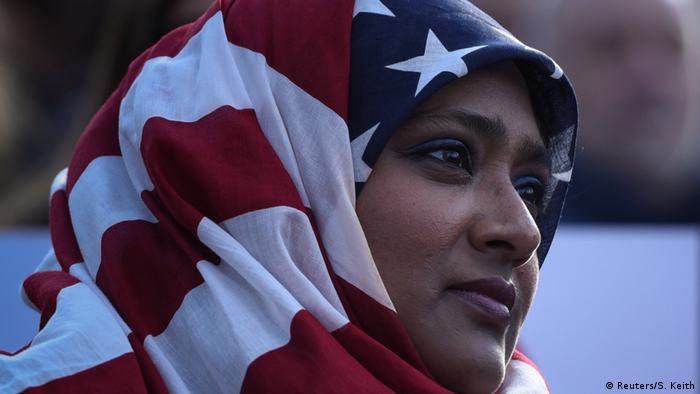 While Trump's travel ban has drawn criticism, it also has significant support

The survey was carried out in Belgium, Germany, Greece, Spain, France, Italy, Austria, Great Britain, Hungary and Poland. Some countries, like France, Belgium and Great Britain, have relatively large Muslim minorities, while others, like Poland or Hungary, have practically none. This difference is not reflected in the opinion of Muslim immigrants. With the exception of Poland, the highest level of agreement to the statement was seen in countries that were at the center of the refugee crisis or were targets of Islamist terrorist attacks. It is also clear that in all of these countries, the right-wing populist parties are strong and in some cases, make up the government. The most pro-Muslim immigrant country was Spain, where 41 percent of the population opposed the survey statement.

Chatham House also analyzed socio-demographic data and came to some expected - but also some unexpected - conclusions. Many general claims are confirmed in the survey. Retirees are more likely to be against Muslim immigrants than people under the age of 30. In all 10 countries, 44 percent of survey participants between the ages of 18 and 29 were against an entry ban for Muslims, whereas 63 percent of respondents over 60 were for it. The level of education also played into the results. Of those who had completed secondary school, 59 percent wanted to stop further Muslim immigration compared to 48 percent of respondents who hold degrees. So actually, almost every second person with a higher level of education is for a Muslim entry ban. 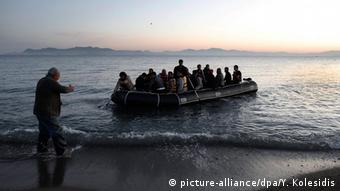 The results of the Chatham House survey are not unusual. A poll conducted in the summer of 2016 by the Washington-based Pew Research Center came to similar conclusions; however, there was a marked difference between individual countries. Respondents in five countries had a low opinion of Muslims - Hungary, 72 percent; Italy, 69 percent; Greece, 65 percent and Spain, 50 percent. The figures in Great Britain (28 percent) and Germany (29 percent) were much lower. The Pew survey also showed an overall average of 59 percent of those asked fear that the recent influx of refugees will lead to more terrorism. Surveys in the US revealed similar results.

Quadriga - US Entry Ban - The End of an Open World?