The Oil India well caught fire back in June and totally dousing the blazes took months. The Wildlife Institute of India believes that the fire will have a major impact on the environment of a nearby national park. 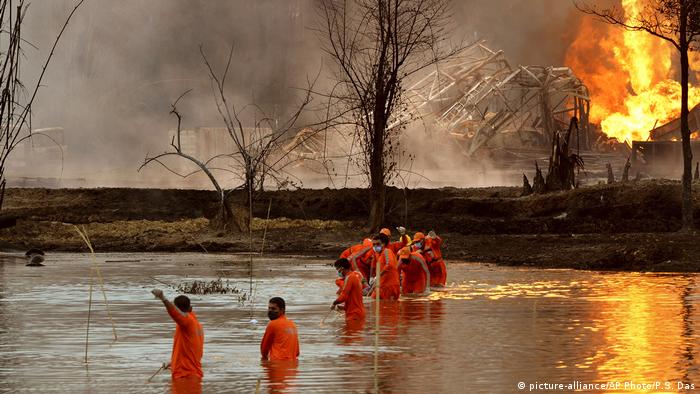 India's second largest oil company announced on Monday that it had doused a fire at a gas well at the Baghjan oil field in the state of Assam, after almost six months. Oil India said that it is abandoning all operations at the well.

"There is no pressure in the well now and the same will be observed for 24 hours to check if there is any amount of gas migration and pressure build up. Further operation to abandon the well is in progress," Oil India spokesman Tridiv Hazarika told news agency AFP.

The gas well in the Baghjan oilfield had an uncontrolled gas emission on May 27 during a maintenance operation. In June, the well caught fire, killing two firefighters, while an engineer died on the site in September following electrocution.

Oil India managed to douse the fire at the well head in August, but a flare pit near the well continued to burn.

The company brought in experts from Singapore, the US and Canada to contain the fire and the well was blocked off by a process called snubbing, in which the well was laced with a cement-laced chemical mud. 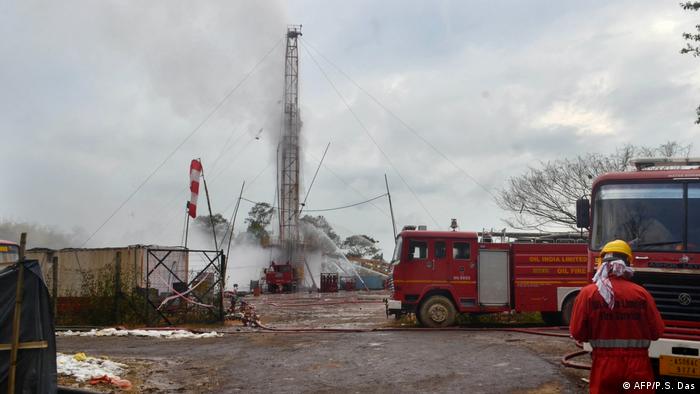 The Baghjan oil field borders the ecologically sensitive Dibru-Saikhowa National Park. While Oil India claimed that there was no major damage to the local ecology by the incident, according to the Wildlife Institute of India, the fire will have a long term impact on the environment, with pollutants leaching into the ground and contaminating the water.

"The toxins released are known to have long-term persistence in soils and sediments, which will not only affect current life conditions, but due to sustained release over a long period, pose a serious health risk for a longer term," said the institute.

Oil India's problems were further compounded this month when a panel from the Indian government's National Green Tribunal (NGT) said that the company was operating the well at Baghjan without official permissions and had not carried out a biodiversity impact assessment for the well. The panel recommended legal action against Oil and its officials.

However, the company has claimed that it had secured all environment and industrial clearances to operate the oilfield and its 26 oil wells.

India plays down oil slick off the coast of Mumbai

Work is still going on to clean up an oil spill from a cargo ship which sank off the coast of Mumbai, India's financial hub, last week. The government claimed on Monday that there was 'no immediate threat.'

India has a fast growing economy and a booming population. In a bid to decrease reliance on expensive energy imports, the government has started extracting oil locally. Farmers fear the drilling will destroy their crops.