The president announced billions in spending on health care, green energy and bringing industry back to France. His rivals have dismissed the plan as electioneering. 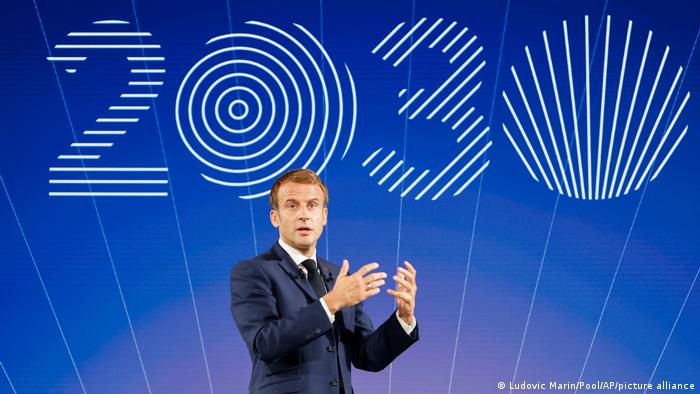 "We must wage the battle of innovation and industrialization at the same time," he told a meeting of French entrepreneurs, company leaders and university students, adding: "We need a country that produces more."

The president promised to promote small, agile startups and create an environment where they could better compete with large, long-established enterprises.

Other key components of the plan included investing in hydrogen and "small-sized" nuclear power plants, expanding electro-mobility, as well as the creation of what he called a "low-emission" airplane.

High flyer for the mobility of the future

France has already banned short-haul domestic flights, the second country in Europe to do so after Austria.

Macron used the example of a mask shortage at the beginning of the coronavirus pandemic to highlight how moving production back to France was crucial.

"We must rebuild the framework for productive independence for France and Europe," he said.

The €30 billion comes on top of a €100 billion recovery plan that Macron's government created last year to help prop up an economy battered by the pandemic. Much of that funding was invested into green energy.