Visits to Germany's more obscure destinations are rare by foreign tourists and even locals are often deterred. In the country of autobahns, the latter might be partly to blame. 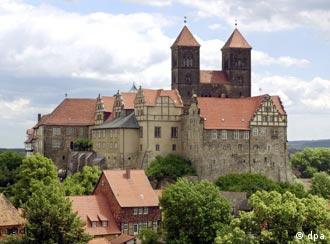 Quedlinberg castle in Saxony-Anhalt: The next Neuschwanstein?

Most travelers to Germany plan their itineraries around the highlights, but Germans also tend not to take advantage of nearby natural and historical treasures. Insufficient infrastructure and a lack of money to promote tourist offerings may be the main hindrances for both. 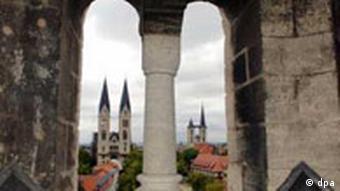 The St. Stephanus Cathedral, seen through the Martini Church

While this doesn't stop tourists, cheaper train prices might help to entice more visitors, said Anke Jessat, the owner of the Abtshof Hotel in Halberstadt, known as the "gateway to the Harz." A small city in Saxony-Anhalt, it boasts a well preserved cathedral, historic city center and museums dedicated to its literary and cultural heritage.

Jessat said that significant progress has already been made to improve regional infrastructure, such as adding highways and regional train lines. But funds are lacking to promote the region on a regular basis. Local offerings have limited opening hours, Jessat added: Often her guests want to visit the Halberstadt cathedral or a museum the morning before they depart, but have to leave before the opening time. 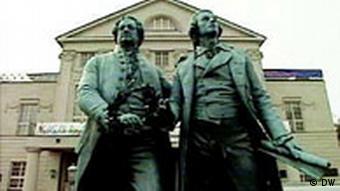 Halberstadt conducted a major promotion campaign for the 1200th anniversary celebration in 2004, including a John Cage music project, but Jessat said such efforts are only temporary and tourism promotion drops off afterwards.

Ute Huch, spokeswoman for Halberstadt noted, however, that the activities surrounding the 2004 anniversary did more than just raise the number of overnight stays by 17 percent in the region during the same year.

"These events made us noticed," she said. "We are in a good position for tourism to grow."

In fact, tourism has been growing for awhile -- almost doubling in the past six to seven years, she said. 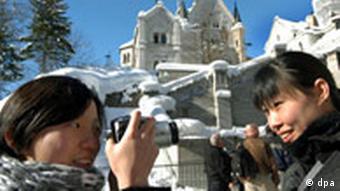 Neuschwanstein Castle is a must-see for tourists

Thuringia's efforts to promote its cultural, historical and natural sites have also brought in a lot of foreign visitors. Thuringia enjoys a good deal of high speed train and interstate freeway infrastructure as well as a central location. But it only has a small airport in Erfurt and is somewhat remote for tourists, who come to Germany for a short time and just see the highlights.

While promotion is a factor, good roads and train routes are also key. The array of lakes and forests and Sorbish (a Slavic minority) cultural touch of the Spreewald between Dresden and Berlin draws a lot of tourists for day trips -- since it's easily reached by train or car in about an hour. Marianne Kilka, Marketing Director for the Spreewald Tourism Association said poor highway connections have been a problem in the area in the last 15 years, but have recently improved.

Not just an eastern problem 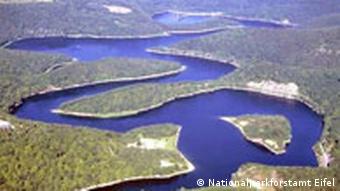 Although the eastern German states have significantly less tourism than in the West, some western states are not far ahead of the lowest rankers, such as Saxony-Anhalt and Thuringia, with respective averages of 5.7 and 8.6 million overnight stays per year, according to the German statistics office. These states' share of tourists is quite small compared with Bavaria at about 74 million annual overnight stays. And except for a few iconoclastic tourist attractions such as Neuschwanstein castle, Germans make up the bulk of the tourism -- about 82 percent.

The Eifel national park, an area rich in mountain hiking trails and volcanic lakes, lies in two states that have fewer tourists than most states in western Germany. Rhineland-Palatinate has just under 20 million overnight stays per year and North Rhine-Westphalia has about 37 million. The area has a lot to offer, but highways in the area don't exactly roll out the welcome signs.

That's why tourists might have to plan some extra time to check out those equally deserving, but less accessible sites. Or, they should just plan to skip Neuschwanstein and the crowds.

The mountain range just south of Bonn was born from the fiery belly of the earth millions of years ago. The wild untamed nature of the Eifel remains in the form of an accessible but thrilling modern wilderness. (August 10, 2005)

The eastern German town of Quedlinburg has been a UNESCO World Heritage site since for the past 10 years. The town was lucky: for a time, many of its unique monuments were in danger of being torn down. (January 3, 2005)

Click here for DW-WORLD's special section on traveling in Germany.