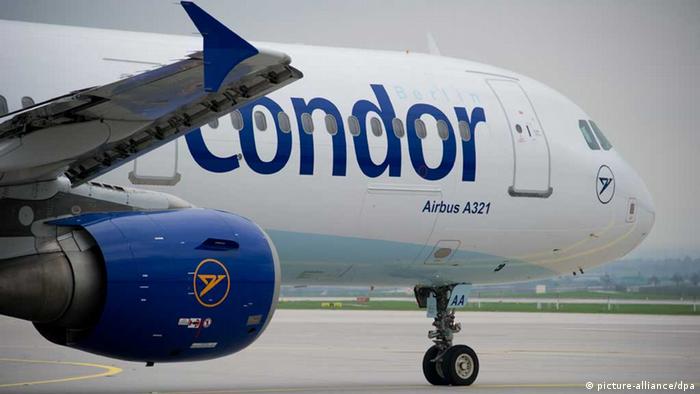 Lufthansa on Tuesday said it had made a non-binding offer to buy German airline Condor from its parent company Thomas Cook.

The move marks the latest chapter in Lufthansa's buyout of smaller carriers, with Thomas Cook looking to raise funds for its wider operations.

"We have made a non-binding offer for Condor, with the option of extending it to all Thomas Cook airlines," said Lufthansa boss Carsten Spohr at the airline's annual general meeting in Bonn.

Heavily indebted as a travel group, Thomas Cook had set a Tuesday deadline for expressions of interest in its profitable operations. The firm was forced into the sale after February profit warnings that left it needing to raise cash.

A sale of the business, in whole or in part, would raise money for Thomas Cook to invest in its own hotels and improve online sales.

Condor's operation includes long haul flights — to Asia, Africa and the Americas — through Frankfurt Airport, as well as short hops to the Mediterranean from regional hubs.

The Thomas Cook group boasts 103 planes and carries some 20 million passengers each year, delivering an operating profit of some €151 million ($169 million).

The fleet could be useful for Lufthansa if it looks to expand long-haul routes with its no-frills subsidiary Eurowings.

As well as Lufthansa, the sale of Condor was also reported to have interested the Indigo Partners investment group and British Airways owners IAG. Ireland's Ryanair has also been touted as a possible buyer.

German government planes have had a series of embarrassing mechanical problems in the past several months. In the latest incident, a plane that was scheduled to carry the German president the next day nearly crashed. (27.04.2019)