In a series of tests, German scientists take on how flavor profiles change while in-flight. So far, Lufthansa has decided to make their bread rolls a little more salty. 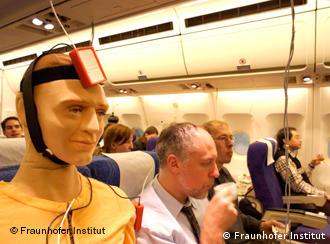 The final Fraunhofer airline food test is in December

Why do so many people order tomato juice aboard airlines?

Over the last several months, the Fraunhofer Institute for Building Physics, in Holzkirchen, just south of Munich, has been trying to find the answer to this question - particulary given that Lufthansa serves approximately 1.7 million liters of tomato juice each year.

More broadly, through a series of tests, researchers are trying to determine how flight conditions change the way food and drinks taste while in-flight. The institute is conducting this research on behalf of Lufthansa, which is one of the few airlines in the world that is currently undertaking airplane cuisine research - the final round in the testing series is due to be held in December.

So far, scientists do know that once at a cruising altitude of approximately 10,000 meters (roughly 30,000 feet), the cabin humidity drops by 15 percent, and the lowered air pressure forces bodily fluids upwards. With less humidity, people get thirsty more easily as there is less moisture in their throat, which also slows the transport of odors to the brains smell and taste receptors.

"It's like having a cold," said Florian Mayer, the research team's leader. "When you have a cold all your nasal mucous swells up and you have reduced odor and taste perception."

Mayer and his team are conducting their research in a 30-meter (approximately 90 feet) low pressure tubular chamber, built around the front section of a decommissioned Airbus A310.

"We have typical temperatures of 20 degrees Celsius (68 degrees Farenheit)," Mayer said. "We have humidity of around 10 to 15 percent and we have a high air exchange rate – all the environmental conditions that are typical for flying aircraft," Mayer said.

"And what's important we reduce the pressure from normal sea level or here it on ground it is about 950 [hectopascals]. But onboard during cruise you have a normal pressure of around 750 - 800 [hectopascals]." 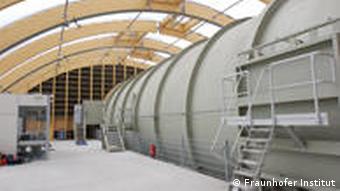 Inside, everything imitates a normal flight – the seats vibrate, the noise is the same and the human test subjects sniff, sip and munch their way through a long menu of airline food – some merely to taste of specific compounds, others similar to what is served in flight.

So far, the researchers have already discovered that meals have to be more strongly flavored than those served on the ground.

"Spicy food like Thai and Indian food goes very well because the spiciness doesn't change because those dishes are very stable," Mayer said. "Whereas with fish with white sauce you have to and herbs to increase the taste."

But while Lufthansa isn't necessarily serving more curries on-board, its caterers have already been adding more salt to bread rolls as a result of the tests.

Mayer noted that this conclusion may also explain the tomato juice observation, as it also lends itself to additives like salt and pepper. 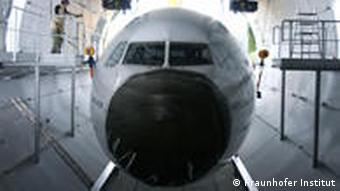 The simulator is built inside of a decommissioned Airbus A310

Industry analysts say that while this research is expensive - few other airlines have gone to such lengths to research airline food, particularly given the trend in low-cost, no-frills airlines that often only sell mediocre pre-packaged sandwiches at best - it may be a way for Lufthansa to distinguish itself.

"There are airlines like Singapore and Lufthansa and others that do put a lot of time and attention to meals," said Henry Harteveldt, a travel industry analyst with Forrester Research in San Francisco.

"And not only in first and business class but also in economy. It is the small details that can have a big impact on customer loyalty, satisfaction and willingness to buy again and even to pay more for a ticket."

German airlines will have to pay up to 26 euros per passenger, according to a government bill taxing air travel. Lufthansa and Air Berlin say the charges will just push passengers abroad. (15.07.2010)

German flag carrier Lufthansa has seen a rise in passenger numbers so far in 2010. And this despite a turbulent six months, with disruptions caused by industrial action - and a volcano. (09.07.2010)