Pre-Columbian artifacts are up for sale at an auction house in Munich, although Mexico claims to be the rightful owner of 74 pieces. Is this a case of stolen goods? 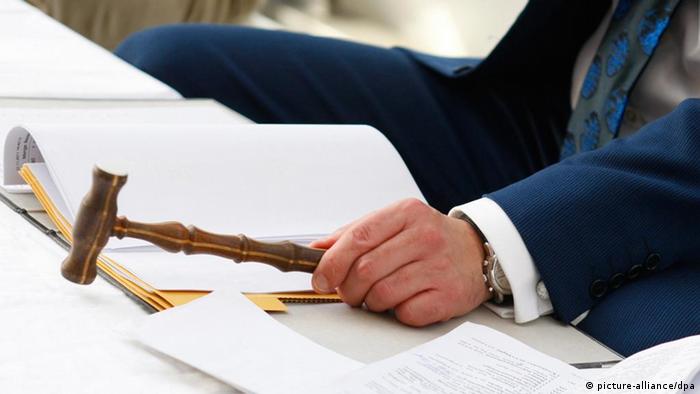 Numerous Latin American countries have called to stop an auction of pre-Hispanic artifacts in Munich, saying there is no legal basis for their sale.

The controversial auction was set to take place as planned on Tuesday. The 324 artifacts on offer in Munich, most of which are vessels, coins and jewellery, date roughly from 1500 B.C. to 1460 A.D. The stone face mask of an Olmec dignitary is the most valuable object in the auction, with an estimated price of €100,000 ($117,000).

Ambassadors from the Group of Latin America and the Caribbean (GRULAC) asked the auction house to suspend the sale at a press conference on Tuesday morning. They also called on German authorities and the German public to step in.

What will happen to Africa's stolen art?

The auction of objects from seven countries violates the national laws of the respective countries, international law and "possibly German law," they explained during the conference, adding that it is "worrying that the moral right of our Indigenous people is being violated in this way."

The controversy began with a complaint filed with the Mexican Attorney General's Office and a letter from Mexico's culture minister, Alejandra Frausto.

Frausto informed the auction house in a letter that 74 items in the auction catalog had been identified as belonging to Mexico.

The auction house responded with a statement saying that all the artifacts on offer had "proof of provenance that the objects are in Germany legally." All objects had been investigated by the Art Loss Register, they said. 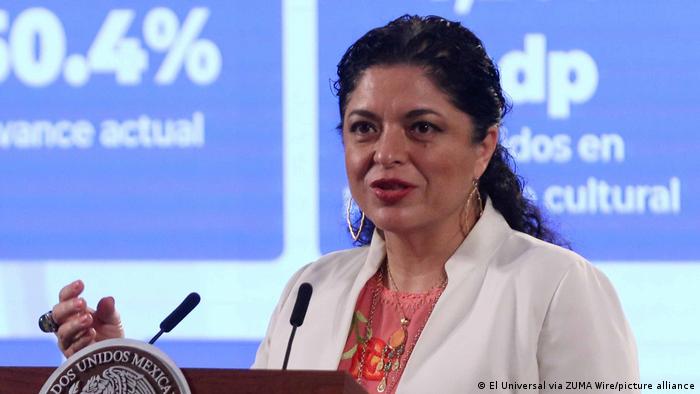 The Art Loss Register is a private database for lost and stolen artworks, founded in 1991 by the International Foundation for Art Research, art trade associations and auction houses. Dealers can use the database to research the provenance of artworks before a planned auction, for example.

If the respective object is not found in the database, the register confirms with a certificate that it was not reported as stolen or lost at the time of the search. However, this does not completely rule out the possibility that theft or loss occurred and was not included, as the register is not linked with other databases.

Panama calls for objects to be removed

In a statement on Monday, the Panamanian Foreign Ministry said it had informed its German counterpart about "the disagreement with the sale of these objects, as they could be part of Panamanian historical heritage," according to a statement reported by the AFP news agency. The Central American country's embassy said it wanted experts from the Panamanian Culture Ministry to determine their origin and the legal situation surrounding them.

According to the auction house's website, the seven Cocle Parita- and Cocle Conte-style pottery vessels are among more than 300 pre-Hispanic objects from Mexico, Guatemala, Costa Rica, Panama, Bolivia and Peru set for auction on Tuesday.

Mexico's ambassador to Germany, Francisco Quiroga, warned potential buyers in a Twitter note on Monday: "To the potential buyers we say: This trade is tainted with illegality and insensitivity."

Referring to items dating back more than 500 years but valued at only a few hundred euros, he said: "If something sounds too good to be true, don't be surprised if it turns out to be false." The auction house was not available for comment.

It is unclear what concrete demands Mexico's Culture Ministry has made beyond the cancellation of the auction. In Mexico's view, the sale of the artifacts is a criminal offense under Mexican law, and such sales contribute to smuggling and cross-border organized crime.

Mexico's Culture Ministry has already been making headlines with similar claims that reach beyond the art world. Back in June, it accused three international clothing companies, including the Spanish fashion chain Zara, of cultural appropriation. The ministry claimed companies had used patterns of Indigenous population groups in their collections without any benefit to the communities. 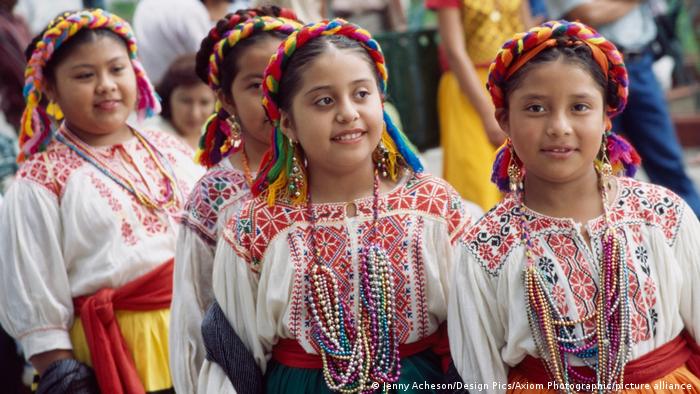 The patterns are said to be based on traditional patterns of the Mixteca community in the southwestern state of Oaxaca. Culture Minister Frausto had announced last year that Mexico would no longer tolerate cultural appropriation without compensation. The ministry aims to protect the country's cultural heritage.

Mexico has previously objected to auctions of pre-Columbian art objects in France and the United States, as well as other countries. Latin America historian Stefan Rinke, speaking with German broadcaster Deutschlandfunk Kultur, said such protests have been seen as symbolic and are used by the government of President Andres Manuel Lopez Obrador to secure the votes of Mexico's Indigenous population.

Germany has been at the center of several controversies surrounding art restitution, which have continued to the present day. There have been numerous debates, for example, around the ethnological collections of Berlin's newest museum, the Humboldt Forum. Many of the items were acquired during the colonial period, including the Benin Bronzes, masterpieces taken during a savage plundering of the Kingdom of Benin by British troops in 1897.

Germany is also dealing with the topic of art restitution in the context of World War II, when the Nazis systematically plundered Jewish art collections in Germany. There have been many cases in which art dealers profited from the persecution of Jewish collectors, and it's not uncommon for auction houses to be involved.

This article was translated from German with additional information from AFP

Where do Africa's treasures belong?