Looted art, from antiquity to present-day

There's a long history of stealing assets from other cultures. A new publication, edited by historian Benedicte Savoy, illustrates the story of various cases. 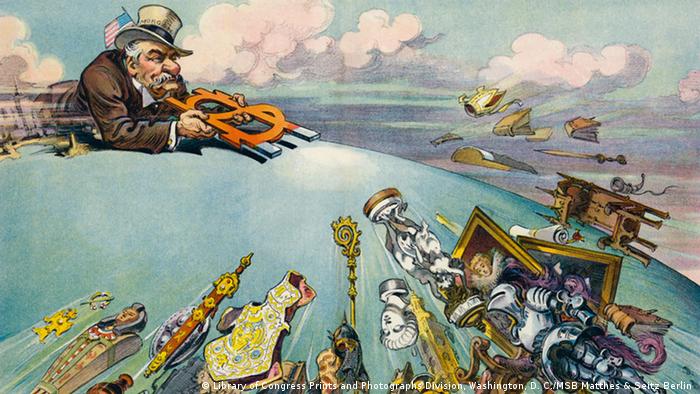 Cartoonist Udo J. Keppler commented on the ties between capitalism and private collecting at the beginning of the 20th century

Who owns cultural property? At what point does it become looted art? How should museums deal with such artworks in the future?

Museums recently publicly asked these questions in the wake of the debate over the restitution of the Benin bronzes to Nigeria, with Germany now committed to returning the artworks beginning next year.

The newly released book Beute — German for "Loot" — is proof that the debate about the rightful acquisition and possession of cultural assets is much older. Indeed, it goes back to antiquity.

The elaborate publication — a pictorial anthology showing the iconography of stolen cultural property — is the result of a three-year team effort at the Technical University of Berlin. 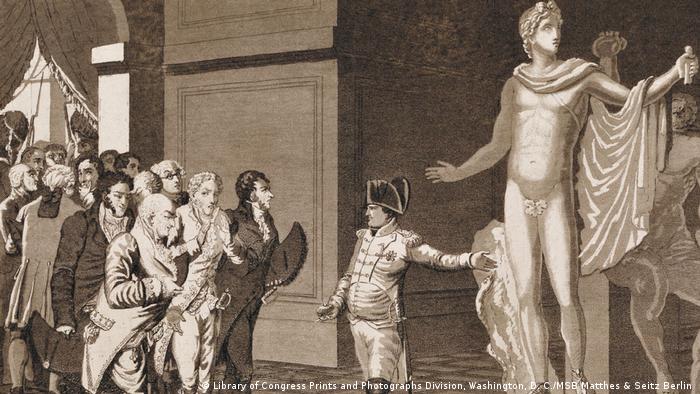 Napoleon imitates the pose of the Greek god Apollo

"Not only is knowledge being disseminated here, but at the same time, a whole lot of people have grown with it," said Sissis. "They (the students) have formed their own opinions and can now go out into the world and say, 'It's a given that we think about where things belong.'"

The arguments used by those authors mirror the reasoning of colonial powers later on: "We called it rescue narrative," said Skwirblies, in which the objects are taken "in order to save them from destruction."

This type of narrative suggests that plundering was unselfishly conducted to protect and preserve the objects. The fact that violence was used in such actions often remains unmentioned in the rescue narrative. 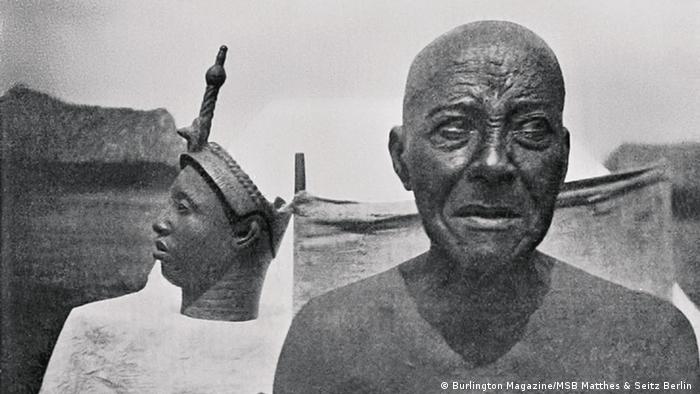 Many artefacts were part of sacred rituals in African tribes

Language, or rather languages, play altogether a big role in the research of the group of editors. In France for example, one speaks of "cultural conquest" in the debate on cultural artifacts. In Italy, the term furto, or robbery, is rather used.

"Every word encapsulates a perspective," says Benedicte Savoy. The art historian is considered one of the leading experts in the study of looted artefacts. She was key in spurring the debate on restitution: In 2018, French President Emmanuel Macron commissioned her and the Senegalese economist Felwine Sarr with a high-profile study on the repatriation of African cultural heritage. 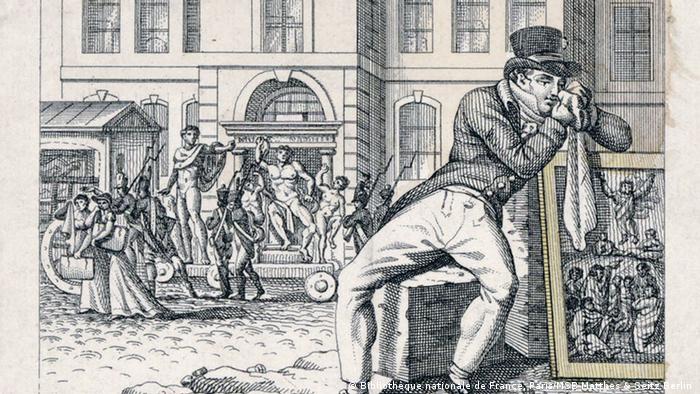 The Loot publication not only aims to throw light on the history of cultural artifacts in the context of their origins, but also on the changing relations of their possession. In order to give this mutli-layered history of artifacts a name, the team came up with the concept of "translocation."

Together with editors Merten Lagatz and Felicity Bodenstein, Savoy has also released an English book on the subject titled Translocations: Histories of Displaced Cultural Assets.

"With this concept, we have a tool that allows us to include all these perspectives," says Savoy. On the one hand, the argument is geographic, that is, one observes the movement of the artifact from one place to another. On the other hand, it is human-genetic, in the sense of a cultural legacy changing hands.

The ever-present debate on colonial artifacts

"When we lose cultural artifacts, we lose a part of our identity, and that lasts," explains Isabelle Dolezalek. The argument that earlier there were other laws or customs, which, for example, legitimized the removal of art from its colonial context, is thus weakened. "It is not easily forgotten, when one begins to tamper with the identity of a society while taking away its culture." 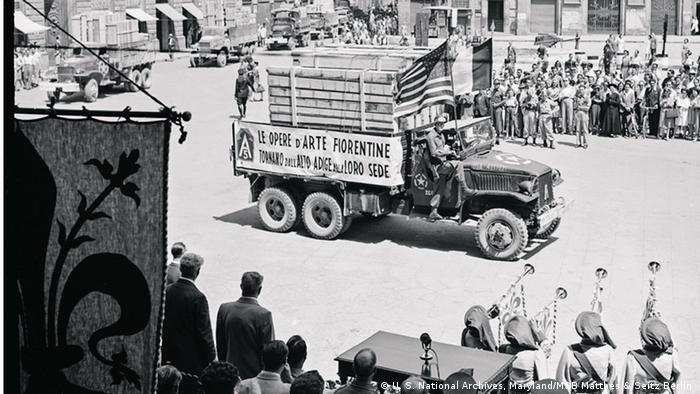 The skillful showcasing of pictures of seized cultural goods is another important point the editors have pursued: Which motives are used and how are they interpreted? Victory is a recurring theme, be it Rome's plunder of ancient Greece, the Napoleonic conquests or colonial raids, the destruction under the Nazis or the restitution of cultural artifacts, such as the celebrated return of Florentine art treasures by Allied troops after World War II, illustrated in the picture above.

Another important point is that according to their location, objects can be used for further enrichment processes, explains Merten Lagatz. The historian uses the example of La Nature, a popular French science magazine in French, showing photos of an academic studying objects that have recently landed in the museum. By portraying himself as the collecting expert, he can demonstrate his superior authority, while the society where these objects came from no longer had access to them. 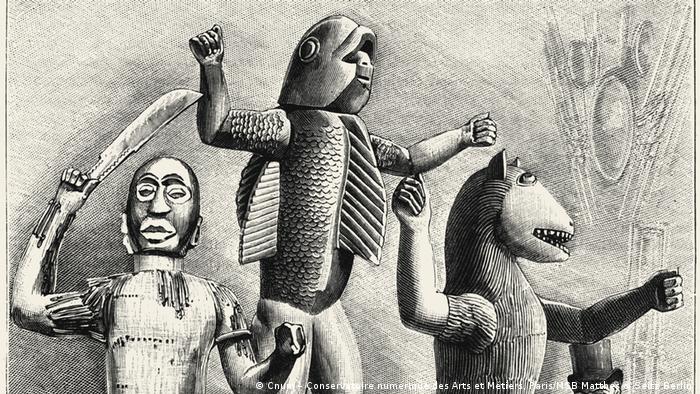 In 2020, France announced it would give back these bronze statues to Nigeria

The editors of the work view the recent developments and discussions surrounding the restitution of colonial works as a positive step. "We are happy that museums are not understood as a kind of dead storehouse of objects or similar," says Robert Skwirblies. With the book, the editors want to show that debates about the ownership of cultural goods were always present and that it is important to continue having them.