What Beethoven, Goethe and others wrote to their distant loved ones | Culture | Arts, music and lifestyle reporting from Germany | DW | 30.03.2020 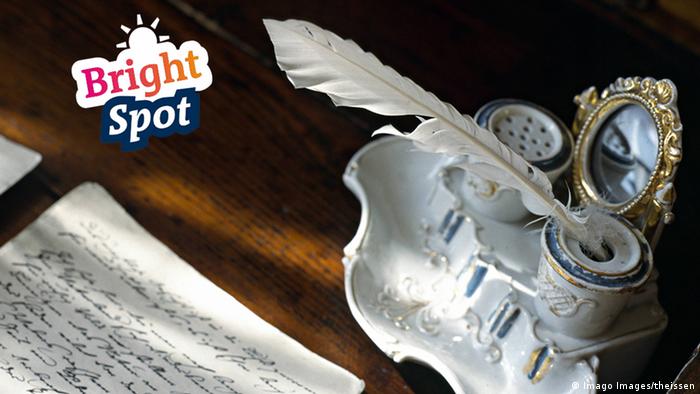 "Oh God — so close! So far! What a longing in tears for you," wrote Beethoven in 1812 to his "Immortal Beloved" — whose identity remains a mystery to this day. And: "What a life!!!! Like this!!! Without you. I have resolved to wander about in the distance until I can fly into your arms."

If one thing hasn't changed over the centuries, is that when people are in love, they want one thing above all else: to be together. In the past, people used to write passionate love letters to each other. These days, things may be a little less romantic: For some, it's enough to write "ILY" (I love you) and send a heart-eyes emoji on WhatsApp. 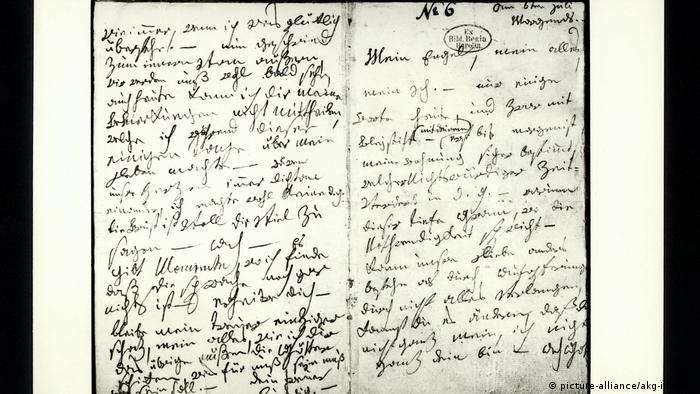 Passionate lines to the immortal beloved

Beethoven, for his part, not only immortalized his music on paper, but also wrote words that could make any woman's heart beat faster. Unlike lovers today, however, he had to remain patient and wait for the stagecoach to deliver his lines. It could sometimes take days for a letter to reach the addressee — and just as long for the answer to come. The composer wrote that he had to cry when he imagined that his adored woman would receive his message "probably not until Saturday."

During their heyday in the 18th and 19th centuries, love letters were sometimes called "soul visits." Admittedly, Beethoven paid soul visits to more than one woman; the composer was a ladies' man and according to his childhood friend, Franz Gerhard Wegeler, "always in love." Yet that didn't seem to affect the poetry of his letters. 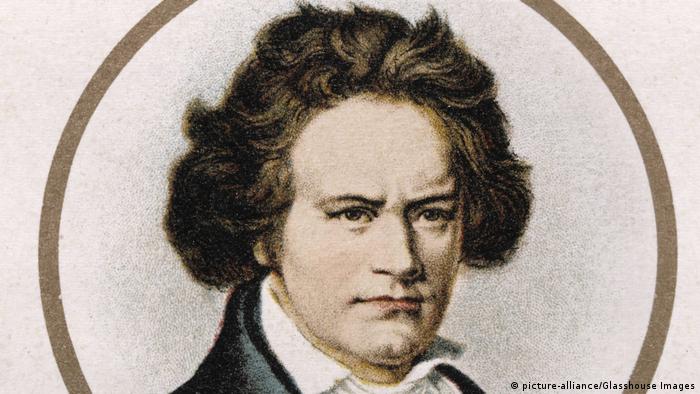 Famous German poet Johann Wolfgang von Goethe was also in love more than once in his life. He wrote some 1,700 letters and "slips of paper" to Charlotte von Stein alone; she was a lady-in-waiting at the court in Weimar and seven years his senior. In one of the letters, he says: "The sweet words with which you spoil me — ah! That's all I wanted, even your lips read along with the sweetest things you quietly poured into my soul." 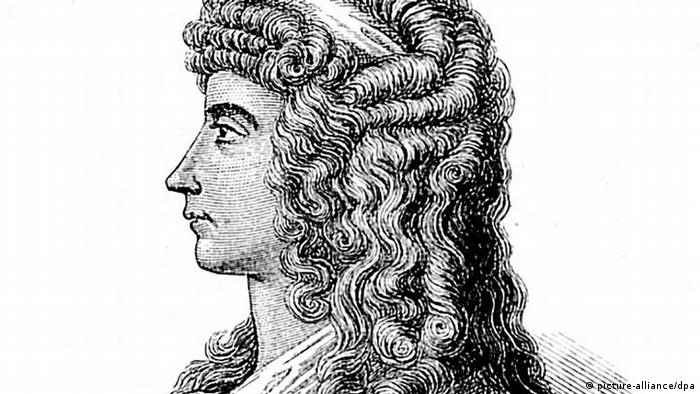 Both Goethe and Charlotte von Stein lived in Weimar, often writing to each other two or three times a day. But the baroness was married, and so Goethe's infatuation over all these years was likely more platonic in nature.

The relationship cooled off when Goethe went to Italy.

Soon after his return in 1788, he began a relationship with Christiane Vulpius, who came from a modest family background. From his other travels, he would repeatedly write to his "house treasure," as he called her. "My only wish is for you to be here. We only want to be very fond of each other; that is still the best thing in the world, and when we are together again, we will tell each other quite often how nice it is to be faithful to each other."

The poet also confessed to his jealousy: "Keep me dear! For I am sometimes jealous in my thoughts and imagine that you might like another man better because I find many men more handsome and pleasant than myself. But you don't have to see that; you have to think that I am the best because I love you terribly, and nothing pleases me but you. I often dream of you, all sorts of confusing stuff, but always that we love each other. And that should remain so." 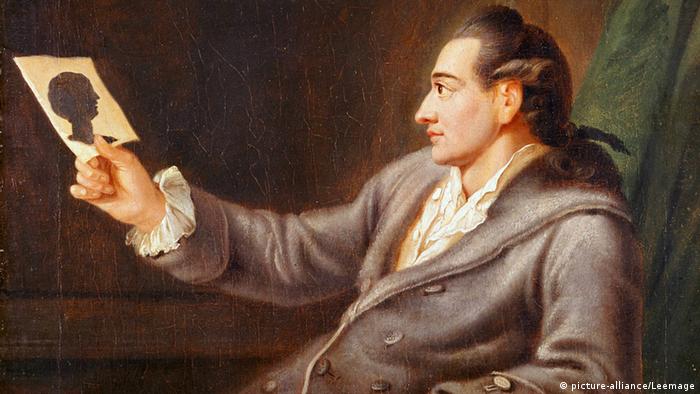 Christiane Vulpius loved her Goethe and eagerly wrote back to him: "This morning my first thought was that I would receive a letter from you, but this time I hoped in vain. My last thought in the evening is of you, and in the morning, it is the first. Today I feel as if I couldn't bear it without you any longer."

The fate of separation

Letters by the French philosopher Voltaire, who had fallen in love with his niece Marie-Louise Denis, have also survived through the ages. In 1745, he wrote to her from the royal court at Versailles: "I ...am very unhappy that I cannot live with you in peace and quiet, somewhere far away from kings, courtiers and candelabras... But what a fate it is to be constantly separated! To yearn for each other without being able to see each other!" 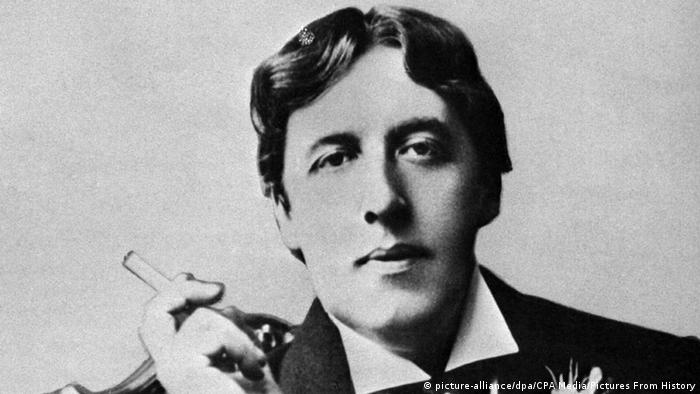 Oscar Wilde wrote to sweet lines to his "Bosie" from prison

Irish poet and playwright Oscar Wilde wrote one particularly touching letter from prison in 1895 to his lover, Lord Douglas, whom he tenderly called "Bosie": "But be not saddened by that, rather be happy to have filled with an immortal love the soul of a man who now weeps in hell, and yet carries heaven in his heart." Wilde was imprisoned for his encounters with male prostitutes; homosexuality was considered a heinous crime in prudish Victorian Britain.

Not all love letters between famous couples sound so ardent: Jenny von Westphalen, a smart young woman of nobility, assured her future husband: "Dear good-hearted man, if you were here now, my dear little Karlchen, how much receptiveness would you find in your little valiant one..." That dear Karlchen, none other than Karl Marx, replied: "I kiss you from head to toe …  Love, not for the proletariat, but love for a sweetheart and notably for yourself, turns a man back into a man again."

One very famous 20th century couple was Winnie and Nelson Mandela, who fought against apartheid in their home country of South Africa. From prison, Nelson wrote to his wife in 1969: "My Darling, one of my precious possessions here is the first letter you wrote me on Dec. 20, 1962, shortly after my first conviction. During the last six-and-a-half years I have read it over and over again and the sentiments it expresses are as golden and fresh now as they were the day I received them." 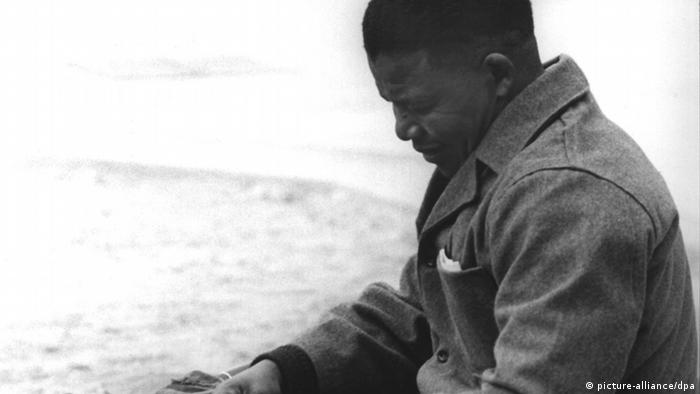 Nelson Mandela spent many years in prison, far away from his loved ones

Many years later, this love was doomed to fail, but during the period of forced separation, the letters sent back and forth between the couple helped to cement their relationship.

Until they may embrace one another again, will today's lovers separated by the coronavirus crisis rediscover the art of writing letters too?