The Egyptian army has begun demolishing homes and displacing Sinai residents. The goal: to stem the smuggling of arms and militants across the country's border with the Gaza Strip. Kristen McTighe reports from Cairo. 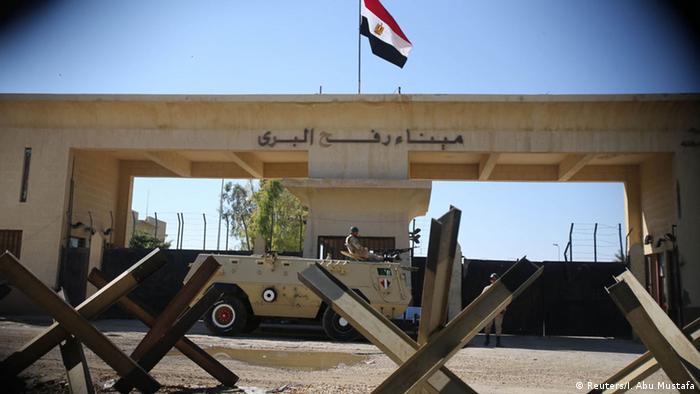 In a scene evocative of war, clouds of smoke billowed as bulldozers and explosives leveled neighborhoods in the border town of Rafah in Egypt's restive Sinai Peninsula. Residents who were given 48 hours' notice of the demolitions were seen fleeing with heaping piles of belongings strapped to the backs of trucks.

But as the government of President Abdel Fattah el-Sissi has sought to depict the demolitions as part of a popular campaign to fight terrorism, one backed by all Egyptians including even those whose homes are being destroyed, others say the regime is neglecting a seething discontent among a long marginalized population and risks pushing some towards radicalization.

"We are not fine and we are not alive. Just wait for the new syllabus and look at the map in history books, you won't find Rafah," Hammam Alagha, whose family home in Rafah was demolished, wrote on Twitter on November 1.

Egypt, which has long accused Islamic extremists of using smuggling tunnels to bring in weapons and fighters from Gaza, announced the plans to create a 500 yard-wide buffer zone after militants killed at least 31 troops in an assault on a checkpoint 30 kilometers (19 miles) outside Rafah last month. The government plans to demolish around 800 homes, leaving around 10,000 people displaced.

"The danger which threatens the homeland, and especially these people, is genuine," Shawqi Allam, Egypt's grand mufti, a government-appointed leader and the highest official of Islamic law in Egypt, said on Monday in a statement defending the forced evictions.

On Tuesday, the government said residents of the area would be relocated within the same governorate and paid a down-payment for "appropriate, temporary, three-month lodging." Families will be fully compensated once the value of lost properties is appraised," the statement said, adding that the government had already compensated 30 of the families affected as of November 1st. 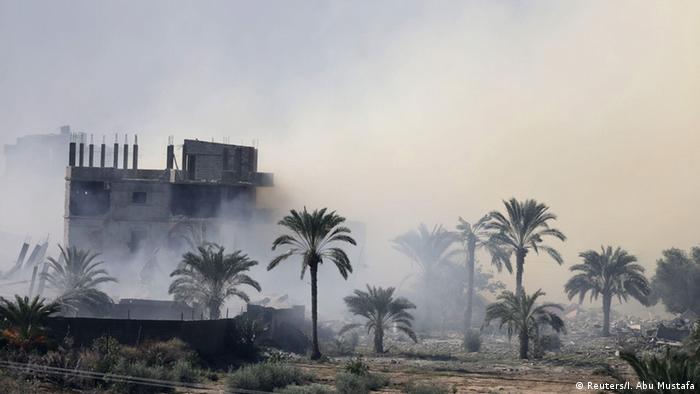 Demolitions are ongoing along Egyptian the border to the Gaza Strip

"Residents have been fully understanding of the necessity of this move; no complaints have been filed and the relocation process has gone smoothly so far," the statement said. Many of the country's liberal political parties also issued statements proclaiming their support for the government's demolition plans, saying the measures were needed to combat terrorism.

"When people in Sinai leave their houses, we must provide them the suitable compensation. We will never forget this sacrifice," President al-Sissi was quoted in Egyptian state media as saying.

"The media is giving the narrative that the people in Sinai are making a 'sacrifice' to save Egypt from terrorism and what glorious people they are because they are going to leave Sinai," H.A. Hellyer, an associate fellow in the international security studies department at the Royal United Services Institute for Defense and Security Studies, told DW.

"There will be very few people that will react with any degree of criticism to any move in Sinai that is directed at ending the insurgency, unless they are really aware of the broader history of Sinai," said Hellyer, noting long-standing grievances held by the local population against the government and saying many Egyptians see the Sinai region as the epicenter of the terrorism that has gripped the country since the military ouster of former president Mohammed Morsi. 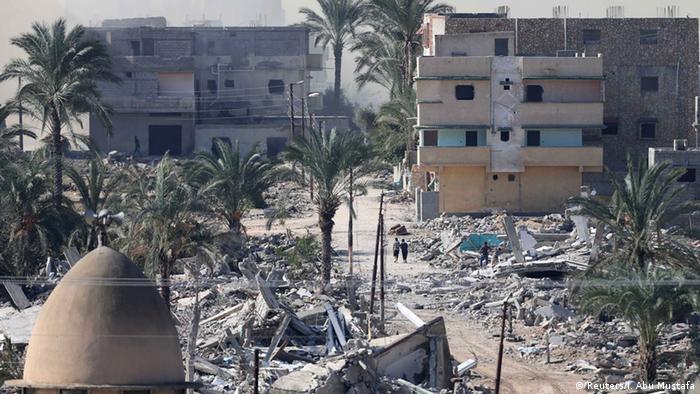 Still, he said any effort to gauge public sentiment concerning the demolitions was difficult.

"To be honest, we are all commenting on this blindly," said Hellyer. "We have only a few reports on how these demolitions are being perceived. No one has anything to go off of except what the military says."

Cut off from outside

Virtually no foreign journalists have been granted the permits required to report from the Sinai region, leaving only a few local journalists on the ground to report in what they describe as a hostile environment. The army has also cut communication networks and imposed a curfew.

"They cut phones, Internet, ADSL, they cut everything during the daylight," one resident of the area, who asked to remain unnamed due to fear of being punished by the government, told DW. "It is a blackout in the morning and curfew in the evening."

While the army maintains that it cuts networks in order to stop communication between militants, critics say the moves are a convenient way for the government to control the narrative and silence voices of dissent.

"It is just the opinion of the army and the Egyptian media [that is being told]," said the resident, claiming the story told by the government was different from the reality on the ground. "[I spoke yesterday] with a displaced family who was very angry about it. I heard about a man who burned his house today out of anger before the army arrived."

Just this week, a new bill has also been circulating that would ban reporting on the Egyptian army. Violators would face up to five years in prison and a fine of at least 10,000 Egyptian pounds (1,130 euros; $1,400).

With no criticism in Egyptian media and few protests on the streets, some took to the Internet to express anger and outrage. Others expressed fears that the army's heavy handed tactics could push some residents to extremism. Soon after evictions began, the Arabic hashtag "Evacuation is not a solution" was trending on Twitter. 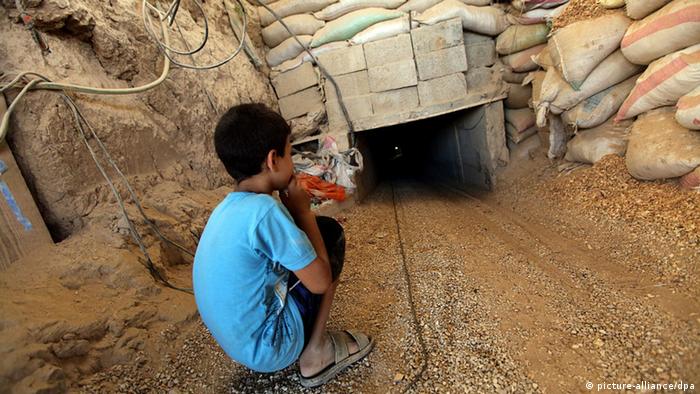 Others, like Hammam Alagha took to social media to tell an alternate version not told by the state. When an army soldier ordered his family to leave and he initially refused, Alagha said the army soldier told him "tomorrow we will bomb it with everything inside."

"We have no choice. Either leave or they will blow up the house atop our heads," he tweeted.

Alagha also claimed others who refused to leave their houses in Rafah were beaten and humiliated by army officers.

"This is a disaster and there is no press to cover this," he tweeted.

Egypt's universities: The last bastion of the opposition?

Opposition figures and activists in Egypt are being harassed, but the government has so far been unable to get political protests and riots at the country's universities under control. (03.11.2014)