Litvinenko murder inquiry could reveal all | Europe | News and current affairs from around the continent | DW | 20.01.2016

Litvinenko murder inquiry could reveal all

The findings of a public inquiry into the murder of Russian spy Alexander Litvinenko will be published today. The case has put a strain on UK-Russian relations, as Samira Shackle reports from London.

In November 2006, Litvinenko was poisoned with radioactive polonium-210 while drinking tea at the Millennium Hotel on Grosvenor Square in London. The former KGB agent was working for the British spy agency MI6 as a part-time consultant at the time of his death. Polonium-210 is a rare radioactive isotope made only at closed nuclear facilities controlled by the Russian state.

At the time, the gruesome murder of Litvinenko led to a significant deterioration of British-Russian relations, already troubled by various different disputes over extradition, as well as by British criticism of Russian conduct in Chechnya. In May 2007, Britain requested that Moscow extradite the prime suspect Andrei Lugovoi to be tried in the UK. The request was rejected and political relations and practical cooperation largely ceased. Although economic relations have continued, the political relationship has never fully recovered, with the issue over Litvinenko's death resurfacing intermittently ever since. 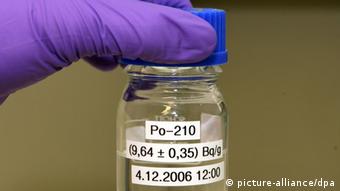 "In some ways, the trajectory of the Litvinenko case has acted as a barometer of British-Russian relations," says Sarah Lain, research fellow at the Royal United Services Institute (RUSI).

"Originally, a public inquiry was ruled out in part due to 'international relations;' instead they proceeded with an inquest. Holding a public inquiry that would allow Sir Robert Owen to consider closed evidence and hold closed hearings, with the potential of revealing some Russian state involvement or connection in the murder of Litvinenko, would obviously damage British-Russian relations," she told DW.

The Ukraine crisis triggered exactly that downward turn in relations with Russia, prompting Theresa May [the home secretary] to agree to a public inquiry. "This was also a way for Britain to demonstrate it was reacting and sending Russia a policy message that they did not agree with Russia's behavior in international affairs," Lain said. 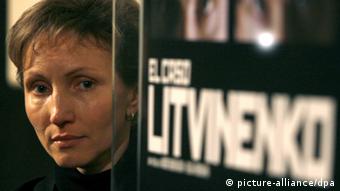 Litvinenko's widow has been campaigning tirelessly to see justice done

The inquiry was told that the murder was an unprecedented act of state terrorism by the Kremlin. Marina Litvinenko, the spy's widow, has called for Britain to impose sanctions on Russia and President Vladimir Putin if the judge rules that the Kremlin was behind the attack. This has been echoed by British politicians including the Liberal Democrat leader Tim Farron.

"The history of the Putin regime can be told as a series of assassinations that mark the boundaries of the acceptable and the unacceptable for the Russian state," says Ben Judah, author of Fragile Empire: How Russia Fell in and out of Love with Vladimir Putin. "If you see it from Putin's perspective, the Russian intelligence services have been suffering a crisis of defection from the late 80s. Litvinenko was of course a defector. His assassination by those linked to the Russian state creates a new boundary of the acceptable and unacceptable which, in the mind of Russia, threw an end onto the period of betrayal," he told DW.

There will be considerable pressure on British Prime Minister David Cameron to take action if the inquiry finds that the Russian state was responsible for Litvinenko's death. In a sign of the sensitivity of the case, Cameron was to receive the report on Tuesday, two days ahead of its publication.

While it is currently unclear how far Owen will go in his report, the assumption in government is that he will at the very least find Dmitry Kovtun and Andrei Lugovi responsible for Litvinenko's murder. This will raise the issue, once again, of their extradition from Russia. 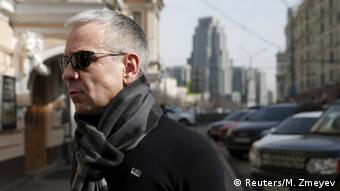 "If the inquiry confirms the suspects Lugovoi and Kovton's involvement in the murder of Litvinenko, and links this to the Russian state, it will of course add tension to British-Russian relations," says Lain. "Russia will no doubt see this as hostile behavior from Britain. Suspicions were particularly raised during the inquiry when Kovtun agreed to give evidence via video-link and then failed to turn up. His agreement to participate had granted him the right to access certain inquiry documents, although none of them were secret."

Diplomats are urging Cameron not to launch a substantial new round of economic sanctions against Russia. This is a sensitive moment for Anglo-Russian relations, and diplomats argue that wider interests, including the conflict in Ukraine and the need for cooperation to end the four-year civil war in Syria, should take precedence.

"Britain doesn't make its own Russia policy in a vacuum, it makes its Russia policy as part of an alliance with Washington, Brussels and Berlin," says Judah. "There are a lot of balls up in the air right now with relation to Russia and the west. One is Syria, one is Ukraine, one is Russia's willingness given the collapse of the oil price to cut a deal so it can lift sanctions. Because Litvinenko was so involved with MI6 and the possible information that will lead back to Putin has come from those kind of sectors, there will be foreign policy decisions weighing on this."