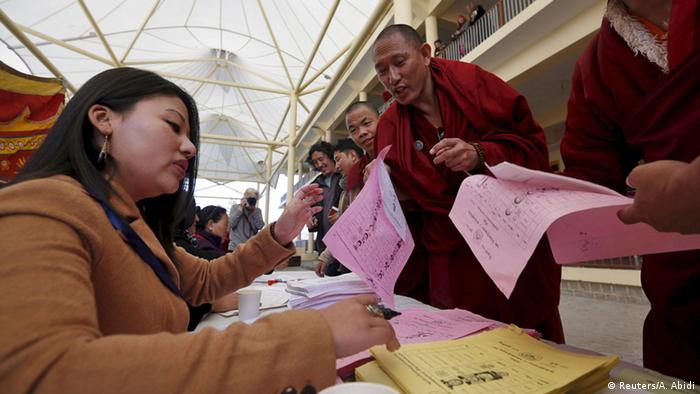 The leader of Tibet's exiled government since the Dalai Lama relinquished political power in 2011, Lobsang Sangay, was re-elected for a new term, winning 57 percent of the vote in the second-round election held last month, the election commission declared Wednesday, April 27.

His strong showing, however, does not mean that there has been progress towards wresting autonomy for Tibet from the Chinese government.

Thanks to rapid economic growth, Chinese leaders "have become politically and diplomatically more powerful," Prime Minister Sangay said after his re-election. Western leaders, meanwhile, have turned their attention from the plight of Tibet to trade deals with Beijing. No country recognizes the exiled government.

In a DW interview, activist Klemens Ludwig talks about the election results as well as prospects for more religious freedom and political autonomy in Tibet.

DW: How did such a scattered election take place?

Klemens Ludwig: Every Tibetan in exile, regardless of where the person lives, has the right to vote - and the election was organized to allow for this to happen. Most of the over 85,000 exiles live in southern India, far outnumbering those that live where the government is based, in the northern Indian city of Dharmasala. Many also live in Nepal, where the voting was carried out more or less in secret, due to Chinese influence on the government there.

What views did the candidates represent during the election campaign?

Sangay's toughest competition came from speaker of the parliament Penpa Tsering, who comes from the exiled establishment and shares the so-called "middle way" approach advocated by the Dalai Lama. Instead of independence from China, this approach seeks genuine autonomy for Tibet within China. 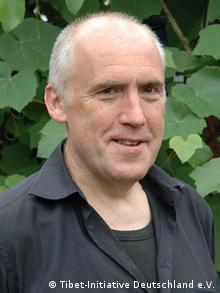 Ludwig: 'The exiled government's hands are tied, and the days when the Dalai Lama could be received by heads-of-state are over'

The real alternative candidate was Lukar Jam, the only one who clearly demanded independence. He was also the only candidate born in Tibet, having fled to India after ten years spent in Chinese prisons. He was eliminated after the election's first round after receiving only six percent of the votes.

This shows how much the Dalai Lama continues to shape the mood in the exile community. Lukar Jam was supported by Tibetan intellectuals, writers and journalists - the only ones who ever dared to criticize the Dalai Lama or represent a different position.

What does the demand for autonomy call for, specifically?

It calls for self-administration. Officially, the region of Tibet already has autonomous status within China, which has its benefits on paper. The region's head of government has to be a representative of its ethnic group, for instance. But it's no secret that true power is held by the region's Communist Party secretary.

The demand is then that Tibetans are allowed to vote freely for their own administration and head of government, instead of having these forced upon them by Beijing. Doing so would not question China's sovereignty. The best case scenario would be that the region is responsible for its own police and schools, in a federalist sense.

How do you describe the current state of religious freedom in Tibet?

This is also safe-guarded on paper - religious freedom is enshrined in the Chinese constitution of 1984. But images of the Dalai Lama are not allowed to be displayed in Tibet at all.

Religious freedom in Tibet is limited to external expressions of faith, such as going to the temple, offering sacrifices, visiting what remains of holy sites. But in terms of substance, the transfer of Buddhist thought, it is very tightly restricted, because the monasteries are very tightly restricted. The Communist Party has of course realized that the monasteries are Tibet's center of resistance.

Some exiled Tibetans have criticized the Central Tibetan Administration as ineffective and superfluous. Are such complaints valid?

The exiled government's hands are tied, and the days when the Dalai Lama could be received by heads-of-state are over. The government has incredibly narrow room to maneuver in order to get others to take it seriously. It has even taken its own step back, calling itself the Central Tibetan Administration instead of the government-in-exile. In my view, it is being a bit too accommodating. The stronger the pressure from China, the more they think they have to retreat. 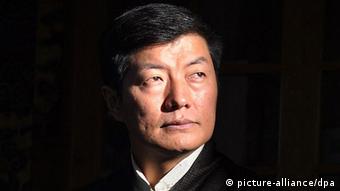 The only hope lies in getting the democratic world, which is in such close economic contact with China, to fight more for Tibet. In 2008, there were a few initiatives, as well as opinions expressed by then-German Foreign Minister Guido Westerwelle, that very clearly doled out blame for self-immolations in Tibet to the Chinese leadership. But the political climate has changed, and the exiled government is suffering from it.

So is there no hope for Tibetan self-determination?

There is little hope and there certainly isn't cause for great optimism, not while Xi Jinping is in power. But a movement of predominantly young people, called Lakhar, or "White Wednesday," has been growing this decade.

Its adherents are emphasizing their Tibetan identity, dressing traditionally, speaking only Tibetan, buying only from Tibetan businesses and so forth. This movement provides a bit of hope, and is troubling the authorities, because the constitution allows such actions. Lakhar is showing that, despite decades of assimilation, immigration and repression, Tibet continues to hold onto its tradition.

Tibetan exiles vote from around the world

Tens of thousands of Tibetan exiles are voting around the globe to elect a new prime minister and parliament. It is the second such election since the Dalai Lama stepped down to focus on his role as a spiritual leader. (20.03.2016)

China to execute two for murder of Tibetan spiritual leader

A Chinese court has sentenced two men to death for murdering a renowned Tibetan monk over a "financial dispute." The UK embassy said it opposed capital punishment in a case involving the murder of one of its citizens. (02.02.2016)

Dalai Lama on Paris attacks: 'Work for peace, and don't expect help from God and governments'

Following the deadly Paris attacks, the Tibetan spiritual leader tells DW that people should not expect God to resolve man-made problems, and that a systematic approach is needed to foster humanistic values. (16.11.2015)