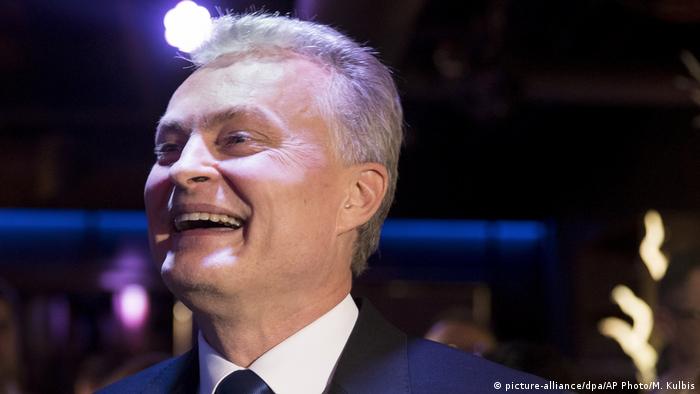 A center-right pro-EU political novice, Nauseda spent his career in commercial banking, most recently as an advisor to the head of Sweden's SEB Bank, which is also Lithuania's biggest bank.

Nauseda, 55, had 72%perecnt of the vote, according to election authority results after 42% of the ballots were counted. Simonyte, 44, a former finance minister in a center-right government, stood at 28%.

"I was the independent candidate and my task in this election campaign was to unify Lithuanian people, no matter where they live, in small regions, villages, small cities or big cities," Gitanas Nauseda told Reuters after declaring victory. 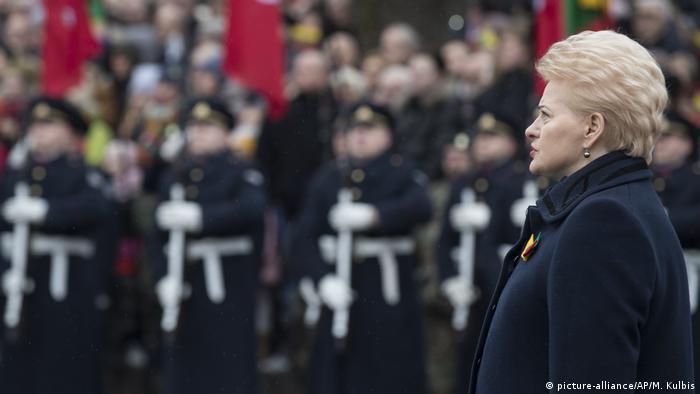 After Lithuania declared independence from the Soviet Union in 1990, Nauseda left to pursue his education at the University of Mannheim in Germany, an experience he says had a lasting impact on his views.

"In Germany, I realized that the Western way of life and the market economy is the right path, and that naive ideas about some half-way or third way were complete nonsense," he said during the campaign.

"My Western attitudes are only getting stronger," added Nauseda, who is a staunch backer of Lithuania's NATO and EU membership.

Nauseda, who became a household name from his role as chief economist at a top bank, has pledged to follow the tough stance set by outgoing President Dalia Grybauskaite, known as the Baltic nation's "Iron Lady" and one of the European Union's most outspoken critics of the Kremlin.

Grybauskaite, 63, who is still very popular,was not eligible to run again after serving two terms.

As a political outsider, Nauseda's first challenge will be to resolve a government crisis. Prime Minister Saulius Skvernelis pledged to quit on the day the new president is inaugurated after failing to advance from the first round of the presidential vote.

The Lithuanian president has a wide semi-executive mandate and can veto laws passed by the parliament.

He also will have decisive role in shaping the nation's foreign and security policies as well as in appointing key officials such as the prime minister, judges, the chief prosecutor, and the central bank governor.

Five years after Moscow's annexation of Crimea from Ukraine that sparked fears of further Russian aggression across Eastern Europe, the election campaign in Lithuania was dominated by voter anger over economic inequality and corruption.

Income inequality is among the highest in the European Union, second only to Bulgaria.

In an earlier interview with Reuters, Nauseda said he would use his presidential powers to help businesses expand in emerging markets, especially China, and request that the government increase revenues and better fund social services such as pensions.

Nauseda's election pledges include supporting Poland in its quest to have a permanent US military base, dubbed "Fort Trump."

Nausea's political idols include WWII-era British prime minister Winston Churchill and former US President Ronald Reagan, known as a "Cold Warrior" for his hard line on the then-USSR. In foreign policy, where his country's presidents play a key role, Nauseda has pledged to seek a stronger NATO and US military presence on Lithuanian soil to deter Russia.

Dalia Grybauskaite is set to leave the presidential office after two terms as head of state. Nearly 2.5 million people in the Baltic country were eligible to vote for her replacement. (12.05.2019)

A floating photovoltaic power plant at the Kruonis hydroelectric facility in Lithuania is the first of its kind in the Baltic region. The market is growing worldwide, and smaller countries like Lithuania can benefit. (08.04.2019)

Ukraine should be rewarded for its efforts: Lithuanian president 24.06.2022

Russia's war in Ukraine loomed large over the EU summit in Brussels, with a historic decision to grant Ukraine and Moldova candidate status. One of the vocal supporters of that step, Lithuanian President Gitanas Nauseda, spoke with DW's Alexandra von Nahmen.

How Lithuania is freeing itself from Russian energy 10.05.2022

A new pipeline is connecting the Baltic states with Poland, ergo with the entire European gas network. For Poland, it's been a lifesaver. For Lithuania, it's just one part of a much larger scheme.