The Argentinian football star is leaving FC Barcelona following issues over renewing his contract, according to a statement from the club. 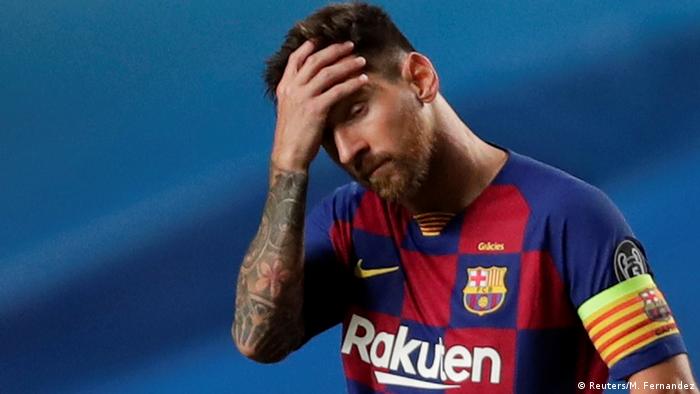 Messi first arrived at FC Barcelona when he was 13-years-old, making his official debut in October 2004

Sporting superstar Lionel Messi will leave FC Barcelona this summer because of "economic and structural obstacles" to the renewal of his contract, the club said in a statement.

"Both parties profoundly lament that it was ultimately impossible to comply with the desires of both the player and the club," said FC Barcelona.

The 34-year-old Argentine player is considered to be one of the greatest players in the history of the game, having won a record six Ballon d'Or awards, an annual award for the world's top soccer player.

What has FC Barcelona said?

After Messi's contract ran out on June 30, FC Barcelona said "Spanish league regulations" did not allow him to sign on again for next season. La Liga officials imposed a cap on footballer earnings that made it impossible for the club to pay the Argentine star his €71 billion ($82.7 million) wage.

"FC Barcelona wholeheartedly expresses its gratitude to the player for his contribution to the aggrandizement of the club and wishes him all the very best for the future in his personal and professional life," the club said in a statement.

Messi had originally intended to stay at the club and was expected to sign a five-year contract with a considerable pay cut.

But the new contract would have needed the Catalan club to restructure financially, a task which was not viable in the end, particularly considering it is over €1 billion ($1.18 billion) in debt.

What did Messi achieve at Barcelona?

Messi has played 705 games for the Barcelona full team and scored a club record 672 goals, This is the highest tally ever in the history of the Spanish top division, La Liga and is the most any player has scored for a single top-flight club.

He has won six European Golden Boots for most goals scored in European club competitions. 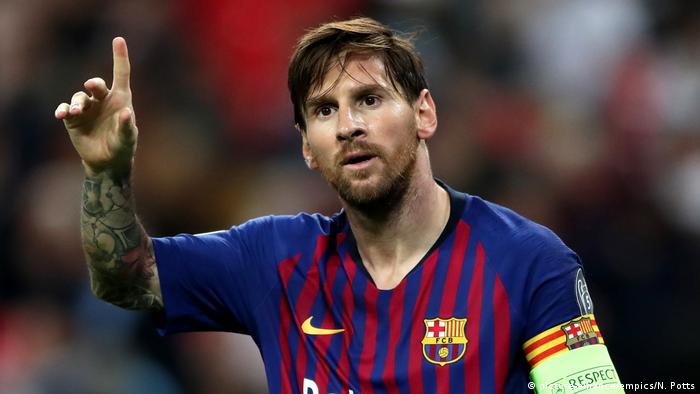 The 1.70m (5ft. 7in.) forward set the records for the most hat-tricks in La Liga and the Champions League, 36 and eight respectively.

Lionel Messi was born in Argentina but moved to Barcelona at age 13, making his full competitive debut at 17-years-old and soon established himself as a regular in a star-studded side.

As a Barcelona player, he was ranked as the worldꞌs highest-paid athlete by Forbes in 2019, a year later becoming only the second footballer to hit $1 billion (€845.7m) in earnings during his career.

This summer, Messi will say goodbye to the club he has been playing for since he was 13 years old.

He will remain a free agent until signing with another club.

Top clubs all over Europe will be lining up for his services, and the question on every football fan's lips is where he will go.

FC Barcelona: In crisis both on and off the pitch

Barcelona are in the headlines for the wrong reasons, with the club's former president having been arrested. That Josep Maria Bartomeu has since been released will do nothing to solve the many crises the club is facing.