Like Hagia Sophia, Turkey to reconvert Chora Museum into mosque | Europe | News and current affairs from around the continent | DW | 27.08.2020

Like Hagia Sophia, Turkey to reconvert Chora Museum into mosque

The reconversion of Hagia Sophia into a mosque sparked criticism around the world. Now the Erdogan government wants to do the same with the Chora Museum, a former Byzantine church, alarming historians and Christians. 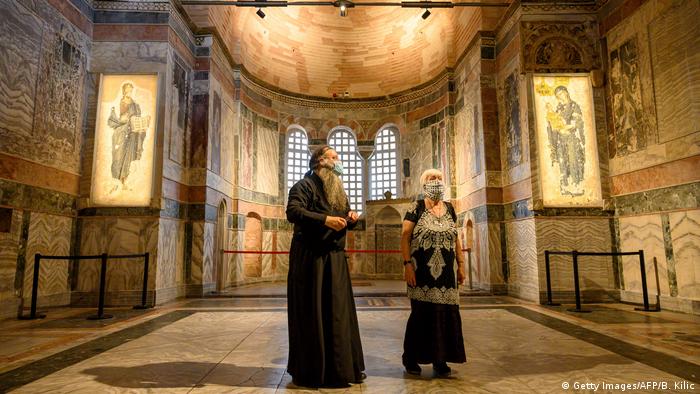 After converting the Hagia Sophia back into a mosque in mid-July, Turkish President Recep Tayyip Erdogan now looks set to do the same with another former church, the Church of St. Saviour in Chora.

Last week, the Presidential Palace announced that the Chora Museum would soon be open for Muslim prayers. Control of the former religious building will be given to Diyanet, Turkey's authority for Islamic religious affairs.

"Like the Hagia Sophia, this is an important mosque for Muslims," the agency quoted Istanbul resident Cuma Er as saying. "We came here to pray after we learned about the decision. But we have been told that it has not yet been opened for prayers. We are waiting for the opening." 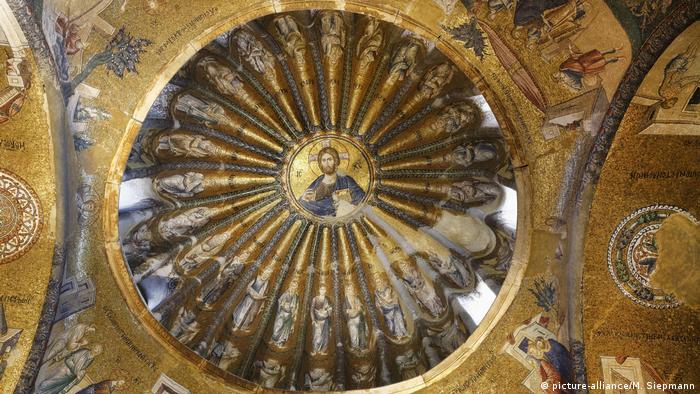 The former Chora Church is known for its frescos and mosaics

The building has a similar history to that of the Hagia Sophia UNESCO World Heritage Site. It, too, was built in the sixth century by the Byzantines. Later, in 1511, during the Ottoman Empire, Sultan Bayezid II's Grand Vizier Hadim Ali Pasha had it converted into a mosque. After the founding of the Turkish Republic, Cabinet members decided to secularize the space, turning it into a museum in 1945.

The former Chora Church is famed for its fine frescoes and mosaics. Currently, social media sites are full of videos showing long lines of people at the entrance of the museum, possibly trying to get a last glimpse of the works before they are closed to the public.

'Cultural diversity should not be called into question'

Representatives from Turkey's Orthodox Christian community, including Patriarch Bartholomew I of Constantinople, voiced vehement opposition to the reconversion of the Hagia Sophia. Reactions to plans for the conversion of the Chora Museum have been similarly negative.

Laki Vingas, president of the Association for the Support of Greek Community Foundations (Rumvader) told DW: "Cultural diversity should not be called into question, especially in a rich cultural capital like Istanbul."

Vingas added that the Turkish government's actions could further alienate the country's minorities. He said increasing numbers of young people from minority communities are looking abroad for their futures: "A lot of people from Greece have settled in our city over the past 15 years. They are well-integrated and contributing to the community. I am grieved when I hear that they are now thinking of going back to Greece." 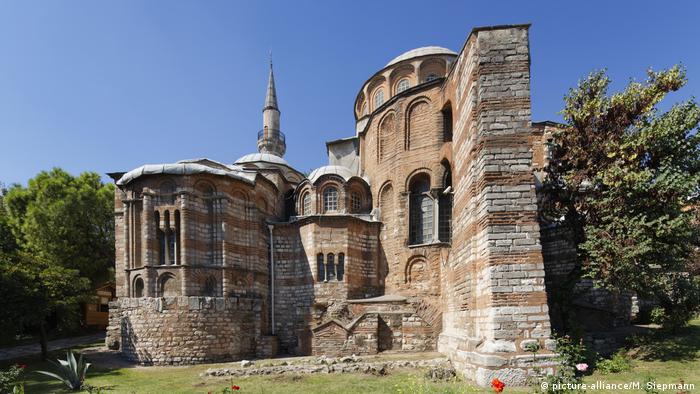 The Greek Foreign Ministry called the decision "yet another provocation against religious persons everywhere" by the Turkish government.

"This is a provocation against all believers," the Greek ministry said in a statement. "We urge Turkey to return to the 21st century, and the mutual respect, dialogue and understanding between civilizations."

Art historian Osman Erden said the plan is injurious to Istanbul's history, adding that Hagia Sophia and the Chora Church were both converted into museums as a way to allow people to view the city's history in the broadest sense.

"It was never looked at as a way to strike at the Ottoman Empire or at Islam," Erden said.

Erden also said he is increasingly concerned by what he sees as an exploitation of that history as such actions do a disservice to the city and its illustrious past.

Reconversion as a way of leaving a mark?

"One of the symbols of our country's deep, multicultural identity and multi-religious history has been sacrificed," he tweeted.

Ayse Cavdar, a political researcher focused on conservatism, says the conversion of the Chora Museum is a political move.

"Erdogan and his team suffered huge defeats to the opposition in Istanbul during last year's municipal elections," Cavdar said. "Now they seem bent on putting their mark on the city by other means."

Cavdar said the move is a signal that says: "Look, we're still here."

She added that any government that assumes power after Erdogan leaves the political stage will have a very hard time undoing such major steps toward a further Islamization of the country.