French fencing officials added the lightsaber to the sport's three traditional disciplines and even started an academy to structure it. Proponents say it will draw people to fencing and get kids off the couch. 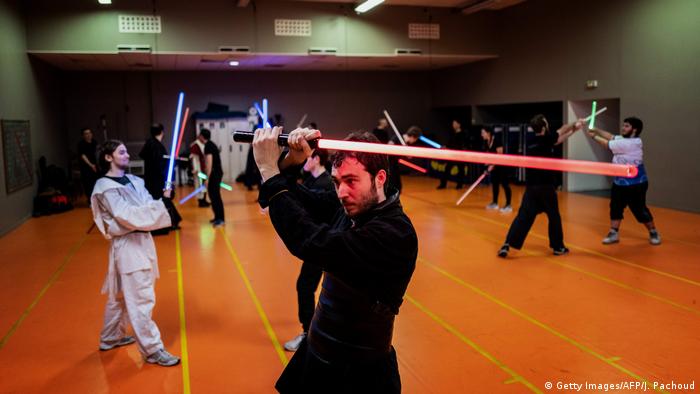 Traditionally, fencing consists of three disciplines — foil, epee, and saber — but now the French Fencing Federation (FFE) has announced a rather unexpected fourth — the lightsaber.

Recognizing the popularity of the "Star Wars" weapon, the national governing body has decided to create its own lightsaber academy as a way to structure training and ensure the safety of those who may be inclined to see if the force is with them.

Olivier Hanicotte, who heads the FFE's Academie de Sabre Laser, said the federation became involved to regulate the sport, "because at one point there were a lot of safety concerns with people not necessarily wearing masks or protection."

Battling the Dark Side

FFE General Secretary Serge Aubailly said there was something more to the idea than simply capitalizing on a trend to increase membership. More important was the issue of health among the country's youth.

"With young people today, it's a real public health issue," Aubailly said. "They don't do any sports and only exercise with their thumbs. That is why we are trying to create a bond between our discipline and modern technologies."

The idea has spawned a training system for instructors, and membership has quadrupled to 1,200 participants in 92 clubs over the past two years. 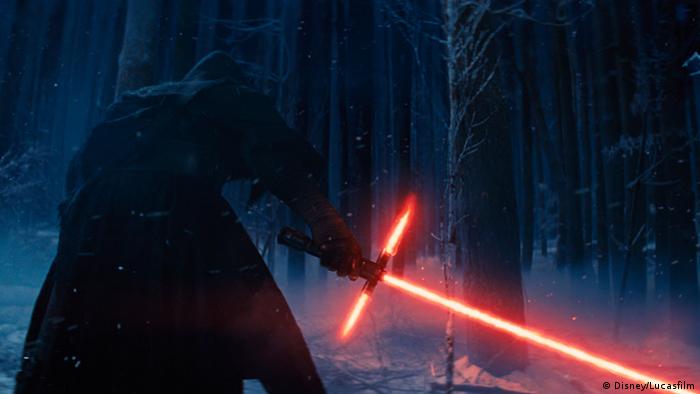 The color of a warrior's lightsaber says a lot about them, as it does here with Kylo Ren in "Star Wars: The Force Awakens"

From Zorro to Luke Skywalker

According to Aubailly, fencing has always benefitted from swashbuckling figures like Zorro or The Three Musketeers, so it seems only natural that people want to emulate the likes of Luke Skywalker, Obi-Wan Kenobi, and Darth Vader.

"Cape and sword movies have always had a big impact on our federation and its growth," Aubailly said. "Lightsaber films have the same impact. Young people want to give it a try."

Now the International Fencing Federation (FIE) is also paying attention. Serge Timacheff of the FIE said, "We are always watching new trends in swordplay, and we are interested in observing the development and adoption of it in the French Fencing Federation."

Although there are some similarities to traditional fencing, the movements in lightsaber are much more sweeping in order to showcase the unique visual attributes of the weapon.

Style plays an outsized role in the sport. But perhaps the most important decision a lightsaber-wielding adherent can make is what color his or her weapon is.