Over a dozen teenagers in Switzerland have been hospitalized after lightning struck a soccer field during a game. The bolt hit a lamp post before spreading over the field. 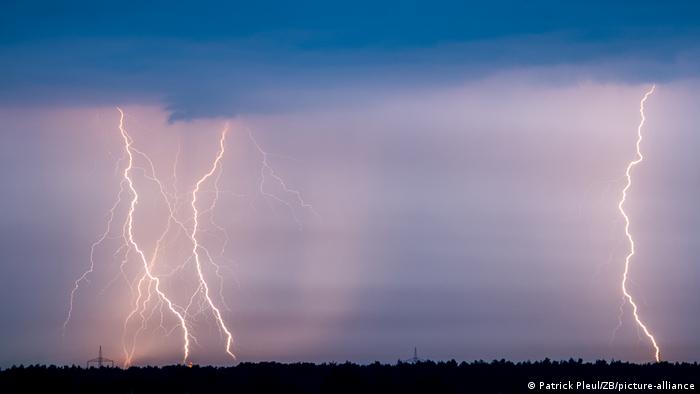 Fourteen teenagers in Switzerland were taken to the hospital on Tuesday evening after lightning struck a soccer field while they were in the middle of a game, Swiss news agency SDA reported.

The lightning initially struck a lamp post before spreading over the field, located in the Swiss village of Abtwil, 80 kilometers (50 miles) east of Zurich, SDA said, citing police reports.

"Fourteen young people aged 15 to 16 years have been injured. They were taken to various hospitals and remain there for monitoring," police spokesman Hanspeter Krüsi told local paper Tagblatt.

One 16-year-old, who was unconscious, was airlifted to the hospital in a helicopter, SDA said.

Whether the match should have been cancelled due to the bad weather conditions is currently being investigated in cooperation with the public prosecutor's office, Tagblatt reported. No spectators were injured during the game.

Firefighters in Abtwil also responded Tuesday evening to a house fire caused by lightning, the paper said. No injuries were reported.

300 reindeer killed by lightning in Norway