Libya's UN-backed unity government has said it will take office, claiming a text signed by a majority of lawmakers amounts to a vote of confidence. Blocking progress have been hardliners, including some in Libya's east. 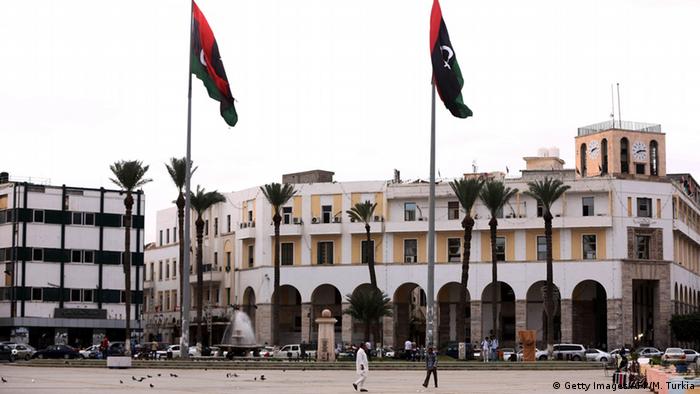 Libya's Presidential Council, headed by Premier-designate Fayez al-Sarraj, urged institutions inside Libya and abroad to make contact with the unity government so that it could be constituted in a "peaceful and organized way."

The Tunis-based Council said the endorsement had also been signed by other political figures and amounted to a "green light to start work."

Libya ended up with rival administrations in mid-2014 when its then-recognized government was forced from Tripoli as a militia alliance, including Islamists, overran the capital.

The statement issued Saturday by the Council also urged international groupings, including the United Nations, the Arab League and the Organization of Islamic Conference to "cease any relations with executive organizations not linked to the unity national government."

In December, members of Libya's two rival assemblies - one based in Tobruk in eastern Libya and another in Tripoli - signed a UN-brokered peace agreement in Morocco to form a unity government after months of negotiations. It is unclear when a unity government would be able to start work in Tripoli.

Last month, 100 lawmakers from the internationally recognized parliament said they had been "forcibly prevented" from putting a new reduced cabinet line-up to a vote of confidence.

Weapons deliveries, recruitment by IS

On Thursday, a six-member UN panel in a report to the UN Security Council said all parties to Libya's lingering conflict were receiving illicit arms transfers.

The weapon deliveries were having "a negative impact on the security situation in Libya and its political transition," the report's authors said.

They said the political and security vacuum had also been exploited by the "Islamic State" (IS) extremist group, which had recruited marginalized communities in the central city of Sirte.

IS had also built up operational capacity in the city of Sabratha and Tripoli through recruitment of local and foreign fighters, the experts wrote.

The experts called for the arms embargo, which allows the government to seek exemptions, to remain in place and to be enforced.

The report said asset freezes and travel bans on individuals from the Gadhafi regime continue to be broken with large amounts of assets remaining hidden and unfrozen while travel bans are repeatedly violated.

International pressure to resolve Libya's conflict centers on concerns about large-scale people-smuggling across the Mediterranean Sea to Italy and its outlying islands, such as Lampedusa.

After a campaign to regain coastal Benghazi, government forces have seized control of the central neighborhood of al-Laithi. "Islamic State" and al Qaeda have gained traction in Libya following the 2011 uprising. (23.02.2016)