Parliamentarians in Libya have passed a vote of no confidence in the country's Prime Minister Ali Zidan. It comes after a ship full of Libyan oil exported by a militia escaped into international waters. 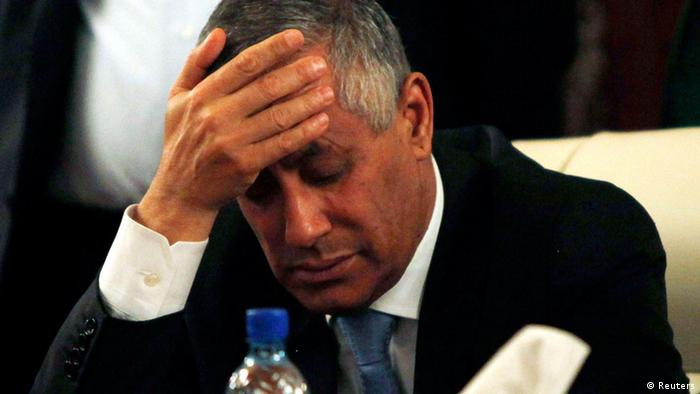 Libya's Defense Minister Abdullah al-Thani will step in as the country's premier for two weeks, until a permanent replacement is approved by the General National Congress.

"The Congress voted to withdraw its confidence in the prime minister by 124 votes," lawmaker Suleiman al-Zubi told news agency AFP. Libya's top prosecutor also imposed a travel ban on Zeidan for his suspected involvement in the embezzlement of public funds, according to a post on his office's Facebook page.

The vote was scheduled by parliamentarians who reacted angrily when a North Korean-flagged tanker laden with an estimated 234,000 barrels of crude oil dodged a naval blockade and escaped to sea. The tanker docked without government permission at the eastern port of al-Sidra, which is controlled by a rebel militia. The region's self-declared autonomous rebel government sold the oil.

Zeidan's government threatened armed action to stop the tanker getting away, with Culture Minister Amin al-Habib saying on Sunday it would be "turned into a pile of metal" if it tried to leave port. The government earlier reported it had siezed the vessel.

But bad weather proved to the tanker's advantage - on Tuesday it moved to the open Mediterranean while Libya's smaller navy craft were forced to stay close to shore. The escape is a major humiliation for Libya's fledgling government, with lawmakers voicing their anger at the failure.

"The situation in the country has become unacceptable. Even those members of parliament who used to support the prime minister no longer have any alternative," lawmaker Suad Gannur told the AFP news agency.

Authorities in Tripoli have struggled to control much of the country since a revolt in 2011 which led to the downfall of dictator Moammar Gadhafi.

A multitude of former rebel militias have carved out their own areas of control, particularly in the oil-rich country's east.

Last October the now-former prime minister Ali Zidan himself was briefly abducted by a militia group in Tripoli.