In a video posted online, Libyan military General Khalifa Haftar has ordered his forces to advance on Tripoli. The order came just hours after his forces took control of Gharyan, a town about 100 kilometers from Tripoli. 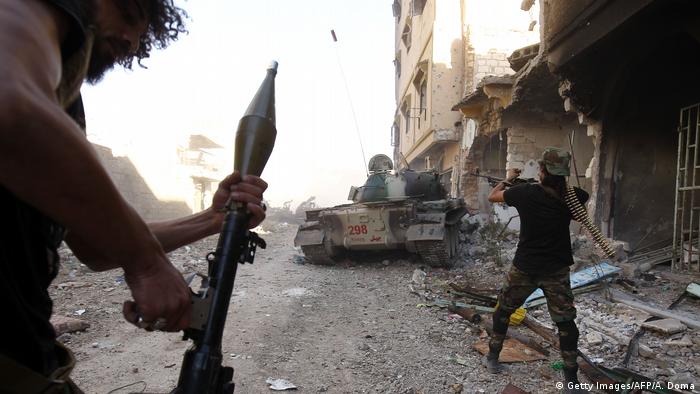 Libya's military strongman General Khalifa Haftar on Thursday announced the launch of an operation to seize the capital Tripoli from a rival government backed by the United Nations.

It comes amid rising tensions in the oil-rich country — without a stable government since Western military intervention in 2011 — and just hours after UN Secretary-General Antonio Guterres urged calm and restraint in Libya.

Guterres wrote on Twitter that he was "deeply concerned by the military movement taking place in Libya and the risk of confrontation."

"There is no military solution," Guterres said. "Only intra-Libyan dialogue can solve Libyan problems. I call for calm and restraint as I prepare to meet the Libyan leaders in the country."

Guterres was in Tripoli on Thursday trying to make progress on an international peace deal. Rival leaders had agreed in Paris in 2018 to hold elections before the end of the year, but that vote never came to fruition as Haftar's forces and the Tripoli government vied for power.

The European Union has warned that the "military buildup underway in Libya and the escalatory rhetoric ... seriously risks leading to an uncontrollable confrontation." The United States' embassy said it "strongly condemns the increase in violence in Libya and reiterates the UN's call for restraint." 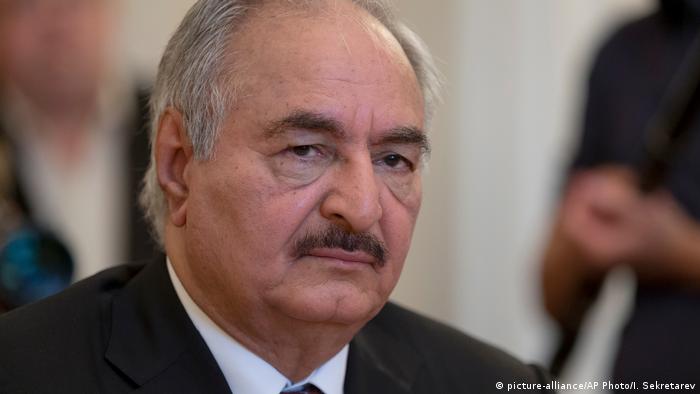 Haftar has presented himself as a seasoned nationalist commander

Why Haftar wants Tripoli: Dozens of militias have fought for control of the oil-rich North African country since a NATO-backed uprising toppled and killed longtime dictator Moammar Gadhafi in 2011. Hafter's forces have emerged as one of the key players in the battle, opposing the rival government in Tripoli and backing a parallel administration in the east backed by the self-styled Libyan National Army (LNA), which is loyal to Haftar. Offensives carried out by Haftar's forces in southern Libya appear to have been aimed at wiping out what he considers to be terrorists and criminal groups.

Who is in charge of Tripoli: Libya has not held meaningful elections since the 2011 intervention to oust Gadhafi. It is currently ruled under the Government of National Accord led by Prime Minister Fayez Serraj and 17 ministers. This is an interim government that was created under the Libyan Political Agreement, a UN-led initiative. It was signed on December 17, 2015. The latest planned elections, scheduled for late 2018, fell through amid continued conflict.

What happens next: A UN-organized national reconciliation conference is due to be held in Libya later this month. The meeting, which will convene in the Libyan desert town of Ghadames from April 14-16, is aimed at outlining a plan for achieving peace for the country, including setting a date for holding long-delayed elections.