Libya’s two governments are both backed by armed groups. Violence erupted in Tripoli after one tried to establish authority there. 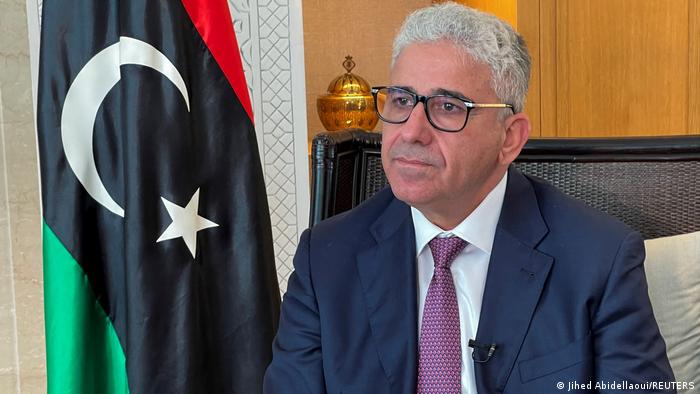 One of Libya’s rival prime ministers was forced to leave the capital Tripoli on Tuesday just hours after he arrived to establish his government there, following clashes between warring militias.

Former Interior Minister Bashagha had arrived in Tripoli with several ministers, according to his office.

Fathi Bashagha had been appointed by the country’s eastern parliament, which based in the city of Tobruk, three months ago.

The sitting Prime Minister Abdul Hamid Dbeibah refused to step aside, however, saying he would only do so for an elected government.

Dbeibah is supported by powerful armed militias in the capital.

Dbeibah's defense ministry said it would respond "with an iron fist" to anyone "attacking security and the safety of citizens."

Dbeibah was seen meeting the public in the streets of Tripoli. Left the city in hope of 'stopping bloodshed'

''We arrived in the capital peacefully and safely. The reception was excellent,'' Bashagha had said earlier in the day, before violence erupted between supporters of the two governments.

Bashagha later said that he had left Tripoli ''for the sake of the security and safety of citizens and to stop the bloodshed.''

Stephanie Williams, the UN Secretary-General’s Special Advisor on Libya, posted on Twitter calling for calm and offering the "good offices of the United Nations" to try and find a solution.

"I urge restraint and insist on the absolute necessity of refraining from provocative actions, including inflammatory rhetoric, participation in clashes and the mobilization of forces," Williams wrote on Twitter.

The oil-rich country has been beset by conflict since longtime dictator Moammar Gadhafi was killed in 2011 following a NATO-backed uprising.

Since then the country has had competing administrations in the east and west of the country, each backed by militias and foreign governments.