The House of Representatives has appointed its own prime minister after the UN-backed unity government in Tripoli failed to hold elections. The move further threatens stability in the conflict-torn country. 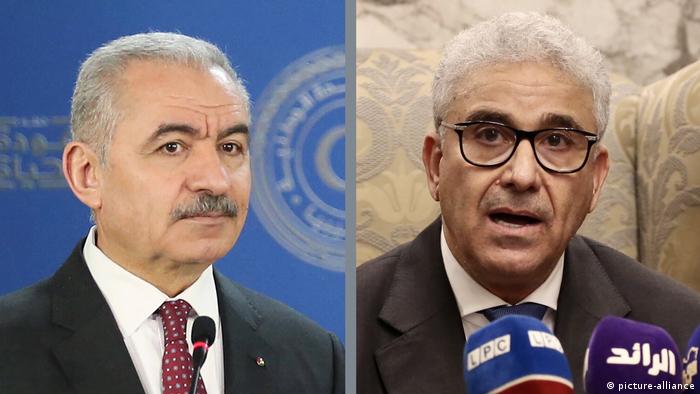 Libya's eastern-based parliament on Tuesday approved a new cabinet, presenting a challenge to the unity government in the capital Tripoli and a new threat to stability in a country that has been embroiled in conflict for over a decade.

The House of Representatives, based in the city of Tobruk in the east, formally appointed former Interior Minister Fathi Bashagha as the leader of the new government after he was elected to the post earlier this month.

The legislature has accused Abdulhamid Dbeibah, head of the unity government, of having outstayed his mandate.

Dbeibah, who was appointed by a UN-backed commission last year on an interim basis, has said he will only cede his position to a democratically elected leader. However, elections he vowed to hold in December failed to materialize.

After the December date passed, Dbeibah said consultations had begun to agree on a "road map" toward holding elections in June. However, no date has been set.

The rival governments highlight the deep division across Libya, almost 11 years after a popular uprising — eventually supported militarily by the US and some NATO allies — unseated longtime strongman Moammar Gadhafi.

The country has not had a stable government since his ouster, and has seen sporadic military clashes as part of a protracted civil war.

The rise of Bashagha's government once again gives the country two rival prime ministers, and experts have warned it could spark violence.

For his part, Bashagha has said he would "reach out to everyone".