Libya's parliament has postponed a vote of confidence on a UN-backed unity government. The international community sees the proposed government as the best hope for Libya, but parliament remains split. 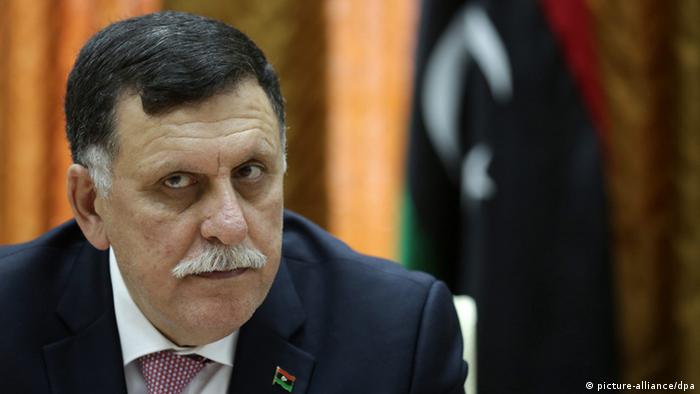 The internationally-recognized parliament was to have met Monday in the eastern city of Tobruk, but failed to take place because of "big differences," AFP reported.

Formed under a power-sharing deal agreed by some members of parliament in December, the Government of National Accord (GNA) under prime minister-designate Fayez al-Sarraj, has been working to assert its authority but needs formal endorsement from parliament and support from a rival administration.

Libya has been in turmoil since the 2011 ouster and killing of dictator Moamer Kadhafi. It has had two rival administrations since a militia alliance took over Tripoli in mid-2014, setting up its own authority and forcing the elected parliament to flee to Tobruk. The head of the Tripoli administration, Khalifa Ghweil, has refused to recognise the authority of the Sarraj government, which he deems illegal.

The GNA on Monday took over the ministries of housing and public works and social affairs in Tripoli. The takeover of a third ministry - youth and sports - has reportedly been delayed, although deputy premier Ahmed Maiteeq said the government would begin running the three ministries regardless of the result of the confidence vote.

The international community, led by the EU, is concerned by the expansion of the "Islamic State" (IS) group in Libya, where the jihadists have set up a bastion just 300 kilometres (185 miles) from Italy across the Mediterranean.

In the past five days of violence between pro-government forces and armed groups in the country's second city, Benghazi, has reportedly left 26 loyalist soldiers dead.

Meanwhile, at least eight African migrants, and possibly as many as 27, died after an overcrowded boat left the Libyan port of Sabratha.

EU to step back in?

EU foreign policy chief Federica Mogherini offered support Monday to Libya's new unity government to boost the economy and security, including expanding the mandate of its "Sophia" navy operation that is combating people-smugglers operating off the Libyan coast.

Sophia currently only operates in international waters as it does not have authority from either Libya or the UN to move closer to the coast, making it easier for people-smugglers to operate. Sophia has so far rescued 13,000 migrants at sea since it started in mid-2015.

The EU has prepared an aid package of 100 million euros ($113 million) for economic, humanitarian and development issues in Libya. It has also said it is ready to help train the police and coastguard and fight terrorism.

The EU's defence and foreign ministers held a video conference with Sarraj Monday, during which French Foreign Minister Jean-Marc Ayrault said: "Ensuring security for the Libyans is a vital question for them, but also a vital question for countries in the region" and "for European countries."

Meanwhile, British Foreign Secretary Philip Hammond was in Tripoli Monday, following visits last week by foreign ministers of Italy, France and Germany for talks on the new administration. He said Britain was committing an extra £10 million ($14 million) to help the GNA "strengthen political institutions, the economy, security, and justice." 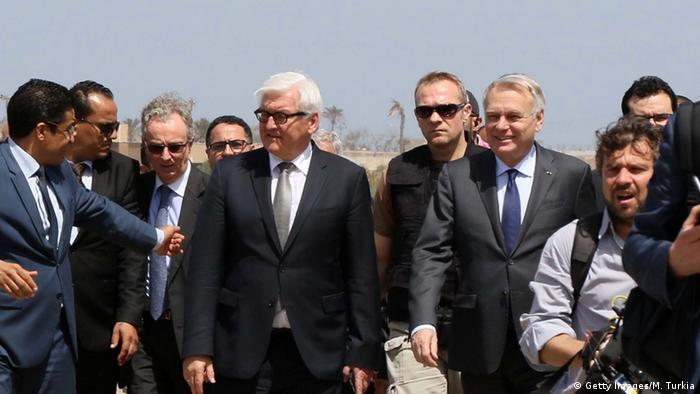 German Foreign Minister Frank-Walter Steinmeier suggested that any steps to curb arms trafficking should form the basis of a UN Security Council resolution, noting that intelligence services had indications that IS forces in Libya were being "supported with smuggled weapons coming across the Mediterranean."

There are reportedly differences about how to proceed, with Britain, France, Italy and Spain eager to act quickly. Meanwhile, Sweden says it might also require a UN Security Council resolution if the mission is to try to stop arms smuggling, and Security Council member Russia said it was unlikely to back such a request any time soon.

The EU's move could mark the start of the bloc's return to Libya five years after it waged an air campaign to help rebels oust Muammar Gaddafi, but then left the country to descend into anarchy.

Calm seas and warmer weather paved the way for fresh tragedy in the Mediterranean on Monday. Italy's coast guard said that 108 migrants had been rescued and confirmed at least eight fatalities. (18.04.2016)

Up to 1 million people could cross from Libya to Italy in the latest wave of migrants into Europe. Since the Balkan route was restricted in March, the hazardous Libya-Italy route may become the preferred entry channel. (13.04.2016)