At least six migrants have been killed after guards opened fire at an overcrowded detention facility. It is the latest violence against migrants following recent mass arrests. 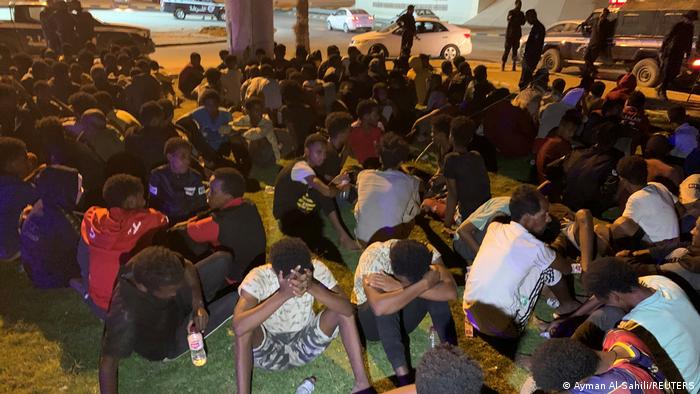 The International Organisation for Migration (IOM) said Friday that guards at detention center in the Libyan capital Tripoli had shot dead at least six migrants.

Thousands of migrants have been rounded up in the last week and sent to detention centers despite having legal documents to live in the country, according to the IOM.

Federico Soda, head of the Libyan mission of the IOM, said he couldn't exactly say what led to the shooting, but it was "related to overcrowding and the terrible, very tense situation" at the detention facility.

Several other migrants were wounded and lots more escaped the facility.

Soda told AFP news agency that guards had fired into the air to control previous incidents of chaos at a detention facility during the week. 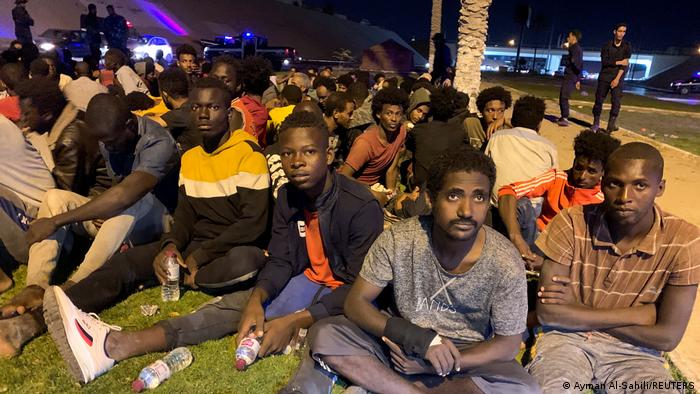 Tense build-up at detention centers over the week

The shooting came a week after Libyan security forces carried out raids on houses and temporary shelters in Gargaresh, a poor suburb of Tripoli. The area is heavily populated by migrants and asylum-seekers.

The UN Support Mission in Libya (UNSMIL) said the raids last week had left at least one person dead and several others injured. It added the agency was "extremely concerned" about reports of killing and "excessive use of force against migrants" in the area.

Doctors without Border (MSF) said that at least 5,000 migrants had been "detained during violent mass arrests across the city since October 1."

Velden added that entire families had been captured and transported to various detention centers and the process had split families and hurt several members.

Libyan authorities have refuted claims of excessive force, saying the wave of detentions was part of anti-drug raids on houses and makeshift shelters in Gargaresh.

There are hundreds of thousands of migrants in Libya, some seeking to travel onwards to Europeand others looking for work in the major oil-producing country.

UN: War crimes have been committed in Libya

War crimes and crimes against humanity have been committed in Libya since 2016, a United Nations investigation has revealed.