Libya: Another Western post-conflict disaster? | World| Breaking news and perspectives from around the globe | DW | 30.05.2014

In 2011, Libya was a success story for the West: a dictator had been toppled, a humanitarian crisis averted, and microscopic costs compared to Iraq and Afghanistan. But, writes Mattia Toaldo, traps remain for the West. 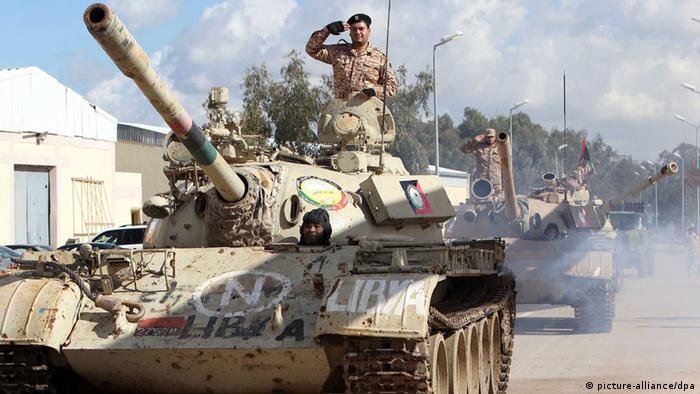 Libya seemed to be the vindication of the principle of the Responsibility to Protect, which states that the international community is in charge of protecting civilians against human rights abuses if their government is unable to or, as in Moammar Gadhafi's case, is the main culprit. Benghazi, which in March 2011 many in France, the UK and in the Obama administration saw as a potential new Srebrenica, had been saved.

Less than a year later, in September 2012, the West woke up to a new reality in Benghazi. A violent attack on the US ambassador left him dead along with three other Americans. The Republican-dominated US Congress has just appointed its eighth investigative committee into that incident, accusing the Obama administration of deceit and unsatisfactory protection of US citizens. That attack showed to Europeans as well that, almost one year after Gadhafi's demise, Libya was far from being pacified. Militias rather than the central government were calling the shots.

A new wake-up call seems to stem from more recent events. On May 16, Khalifa Haftar, a retired general from the Libyan army who had defected to the anti-Gadhafi camp in 2011, launched "Operation Dignity," ostensibly aimed at eliminating "terrorists" from the country: this includes groups like Ansar al-Sharia which has been accused of carrying out the attack against the US ambassador in 2012 as well as militias integrated in Libya's security apparatus and close to the Muslim Brotherhood like the Libyan Revolutionary Operation Room and the February 17 Brigade.

Haftar is hailed by many inside and outside of Libya as the local version of Egyptian President-elect Abdel-Fattah el-Sissi: a military man capable of imposing his strong rule over a transition marred by chaos and violence because of Islamist hegemony. Haftar has the backing of many anti-Islamist politicians, including Mahmoud Jibril, the leader of the National Forces Alliance who was ousted from parliament because of the Political Isolation Law supported by Islamists and approved by parliament under military pressure from militias. The law excludes from office anyone who has served under Gadhafi, regardless of whether they have defected to the revolution and, as in Heftar's or Jibril's cases, played a prominent role in its political and military leadership. Despite his exclusion from office, Jibril is still the main interlocutor of most Western governments who see him as the only solid, "secular" and "liberal" politician in the country, regardless of whether terms such as liberalism and secularism can apply in a country as socially conservative as Libya, where even the women who stood for office for Jibril's party wore a headscarf in campaign posters. 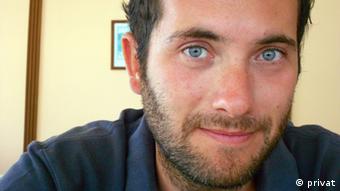 Americans and Europeans have two main reasons to worry about Libya's post-conflict situation. First, events may prove the term "post-conflict" inappropriate as the country seems to be heading to a new civil war, this time among the two wings of the anti-Gadhafi revolution: the Islamists and Misrata's militias versus a coalition between the defectors from the old army, militias from Zintan and other towns.

Second, Western governments should be concerned about their actions and the possible replica of the mistakes committed in Iraq and Afghanistan, not to mention Somalia. The temptation is to fall again into the "war on terror" trap by which anyone who promised to fight "terrorists" would have Western backing. But as Zbigniew Brzezinski reminded us a few years ago, terrorism is a means of warfare, not an enemy: the battle in Libya will be on how one defines who is a terrorist and who is not. The other element of the war on terror trap is a reliance on firepower which ultimately is not enough to pacify the country. Functioning institutions are needed, first of all, the judiciary along with means for political settlement of disputes.

Moreover, the war on terror paradigm may lead to a misreading of reality. Extremist groups do have a role in the violence raging in Benghazi and Derna but this does not explain the state of chaos and violence in which the whole country has plunged. Other factors are in play: a lack of political consensus, the marginalization of the three large minorities (Amazigh, Tebu and Tuareg), the crisis of legitimacy of the main institutions starting with the government and parliament. Ultimately, Libya's transition is lagging behind with no constitution and few means for either transitional justice or national dialogue. The lack of shared rules of the game leads to the anarchy where militias prosper.

Libya may be yet another case of a country in the bigger Middle East where all actors engage in a winner takes all game, pulling the US and Europe on their side by focusing on promises of security, stability and the "war on terror." But this strategy will hardly pacify and stabilize Libya because no one has the military or political edge. Libya is a kaleidoscope of local, tribal and ethnic grievances in which there is not a single actor that has enough power to dominate over the rest.

In the past year, the main Western policy for Libya has been the training of the Libyan army, a program known as the "General Protection Force" under which 15,000 soldiers and officers would be trained in the UK, the US, Italy and Turkey. The training has effectively started only in the latter two but is still unclear what these men will do once they graduate. One option is that they will constitute a "Rapid Deployment Force" which the central government will use to quell unrest in rebellious cities. In other words, an alternative to politics much like the major militias.

Instead, Libya needs more of those policies that some European governments have already been carrying out: sustaining the transitional justice system; giving funds and resources for the National Dialogue commission; working on local peace deals as well as an agreement among large power-brokers to count votes rather than dead bodies.

The alternative is Libya becoming a failed state 350 kilometers south of Malta, mired in a civil war that would be another episode of the regional confrontation between conservative monarchies and the Muslim Brotherhood - a crucial element of an "insecurity belt" that stretches from Sahel to the Sinai - and potentially to the Levant and Iraq.

Libya is not yet a disaster and only a minor part of its problems stem from Western intervention in 2011. Most of them originate from 42 years of one-man rule. A good reason to avoid another strong man, regardless of whether he promises to "fight terror." Neglecting Libya is not an option. The US, the EU and some large member states have all appointed special envoys. Coordination is of the essence. They should all convey the same message: there will be no reward for those who try to win a zero-sum game, the West will only do business with an inclusive Libya, based on the rule of law.

Mattia Toaldo (https://twitter.com/mattiatoaldo) is currently a Policy Fellow at the European Council on Foreign Relations in London, dealing with Israel/Palestine and Northern Africa. In 2013, he was a stipendiary fellow at the Institute for the Study of the Americas of the University of London with a research project on "The US Foreign Policy Elite and the Transitions Towards Democracy in the Arab World."

Renegade soldiers want to drive Islamist forces from Libya. The government in Tripoli is too weak to do so. DW takes a look at some of the most important issues in the current situation in Libya. (20.05.2014)