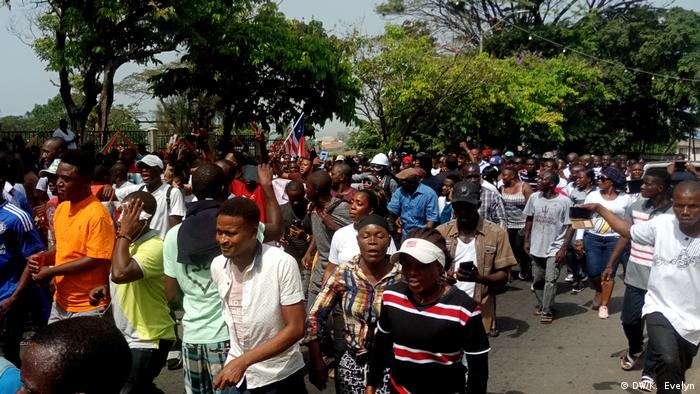 Thousands of protesters in the Liberian capital Monrovia on Monday rallied against a deepening economic crisis in the impoverished country. Riot police were deployed as a precaution to assure the safety of those demonstrating.

The Western African nation is still traumatized by back-to-back civil wars and the 2014-2016 Ebola crisis. Inflation is rampant, according to the World Bank, and civil servants regularly go unpaid.

President George Weah — who took office in January 2018 — was under growing pressure over his management of the crisis. 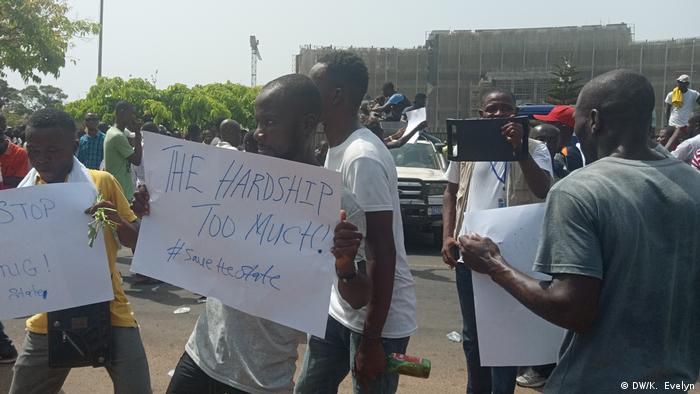 Henry Costa, chairman of the Council of Patriots (COP) youth activist group, had originally arranged the protest for December 30, however it was called off after the government said it would not be able to provide security, and after international observers recommended postponement.

"I am right now in the streets, there are no guns, no police is chasing anybody," Costa posted on social media on Monday. "We have to make history."

Costa's COP had been calling for Weah to step down, saying that he is incompetent to lead Liberia. However, many criticized the move as undemocratic. Now they want him to fire his entire economic management team.

"They have performed dismally and created the worsening economic situation we are in,'' Costa told the Associated Press news agency.
Read more: Liberia's contradictory attitude to a free press

Monday's gathering was the second mass demonstration against Weah's handling of the economy in less than a year. In June protesters demanded to know what happened to $25 million (€22.3 million) his government withdrew from Liberia's Federal Reserve account for infusion into the economy. A presidential probe later discovered discrepancies and allocations.

Liberians are increasingly angry over the state of their country. Many are disillusioned by Weah's government after depositing all their hopes on the former football star for a prosperous, corruption-free Liberia. Weah had no previous experience in politics when he came to power by winning over 70% of the vote in a runoff in December 2017.

Young Liberians, the president's principal constituency, are turning away from him. "I am angry with the government. Things are going the wrong way and we did not expect this to happen," one young man told DW Africa. Another member of the public, who gave his name as Marcus A. Garwhere agreed that "the times we are in right now are troubling." 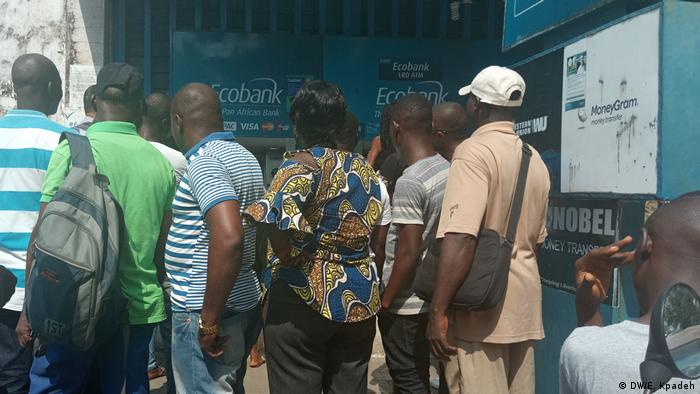 No salaries and pensions

Civil servants are particularly upset by the government's failure to pay salaries and pensions, former teacher Matthew B. White told DW Africa: "I have not received my pension since September. It has made our situation worse. We thought they were going to remedy our situation. I was stranded for money. My friends helped me, but my landlord is giving me a hard time."

Civil servants, such as Julius Howison, said life has become very challenging. "Can you imagine that we have been living on credit? We take out loans from people and the bank. Then, after four or five months, we receive one month's pay. I don't even know the amount I am earning, as compared to before."

According to the Civil Servant's Union, more than half of the 73,000 public service workers across the country were not paid their full salaries in November and December, despite the government's promise to do so. The delay is the result of limited liquidity in banks, which has put restrictions on the amount that can be withdrawn in the local currency.

WorldLink: Starting over after Ebola