The deadly virus has once again emerged in Liberia, the country hardest hit by the most recent outbreak. The latest case comes amid a new flare-up in Guinea, where over a thousand contacts are being monitored. 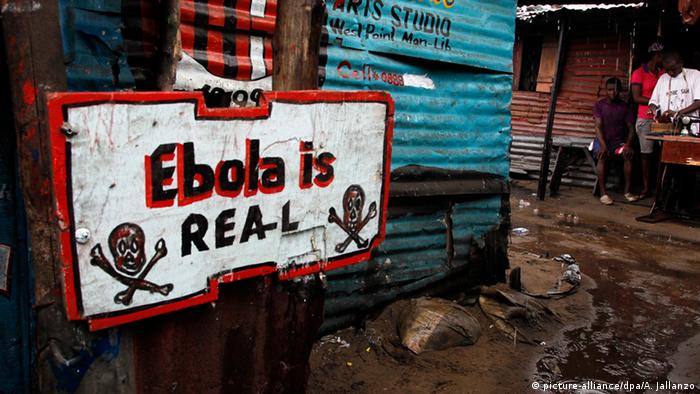 The World Health Organization (WHO) on Thursday confirmed a new "positive case" of Ebola days after it declared the sweeping outbreak over in West Africa.

"Lab results confirm a new case of Ebola virus disease in Liberia - a 30-year-old woman who died yesterday afternoon while being transferred to a hospital in the capital, Monrovia," the WHO said in a statement.

The Geneva-based UN body reiterated its position that the deadly virus no longer posed a public health crisis threatening the globe. However, it warned that new cases might present themselves.

"But WHO reiterated that additional flare-ups of the disease are expected in the months to come, largely due to virus persistence in some survivors, and that the three countries must remain on high alert and ready to respond," the statement added.

In January, UN health officials for the second time declared Liberia free of Ebola after the country suffered the most fatalities from the outbreak.

Earlier this week, WHO Director-General Margaret Chan announced that the virus "no longer constitutes a public health emergency of international concern."

However, Guinean authorities announced mid-March that the virus had resurfaced, resulting in the deaths of two people and prompting concerns of a wider fallout.

The UN body said at least 800 out of over 1,000 people who came in contact with eight Ebola-positive persons were vaccinated and being monitored, adding that 182 were considered high-risk contacts.

The Ebola virus outbreak in West Africa began late 2013 in Guinea, with 28,646 cases reported as of March 27 this year, according to WHO figures. Over 11,000 people have died from the virus.