LGBT workers are protected against discrimination at work, the US Supreme Court has ruled. Two conservative judges, including Trump appointee Justice Neil Gorsuch, sided with the four liberal justices for a 6-3 verdict. 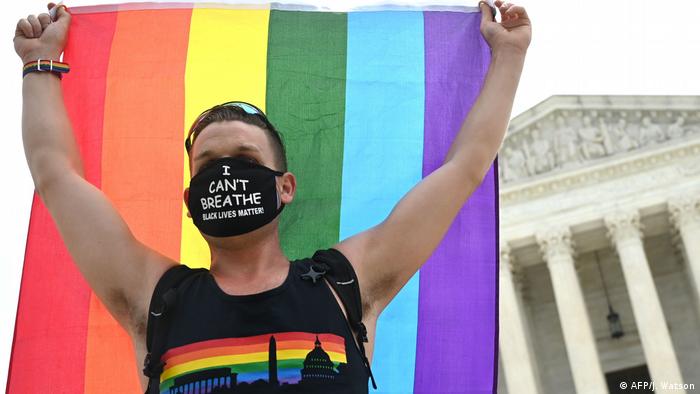 The US Supreme Court decided in a historic decision on Monday that a key provision of the 1964 Civil Rights Act protects workers who are lesbian, gay, bisexual or transgender (LGBT) against job discrimination.

The court ruled in a 6-3 vote that federal protections against workplace discrimination against employees because of a person's sex, also covers sexual orientation and transgender status.

The ruling was authored by conservative Justice Neil Gorsuch, who was appointed by President Donald Trump in 2017. 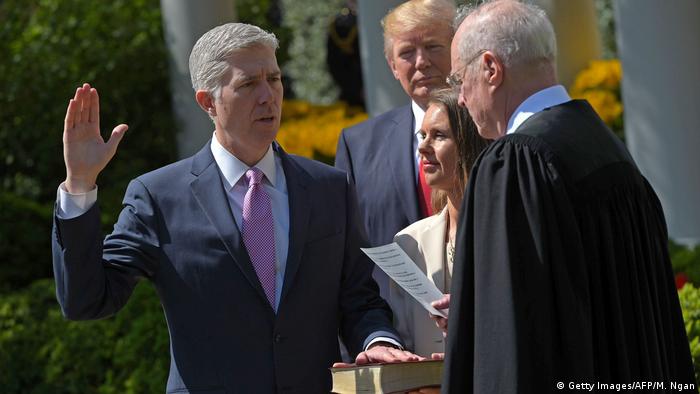 US Supreme Court justice Neil Gorsuch (52) became the youngest Supreme Court appointee since Clarence Thomas in 1991, who is still on the bench

"An employer who fires an individual for being homosexual or transgender fires that person for traits or actions it would not have questioned in members of a different sex," Justice Neil Gorsuch wrote for the court.

"Sex plays a necessary and undisguisable role in the decision, exactly what Title VII forbids."

The cases were the court's first on LGBT rights since Justice Anthony Kennedy's retirement and replacement by Justice Brett Kavanaugh.

Kennedy was a voice for gay rights and the author of the landmark ruling in 2015 that made same-sex marriage legal throughout the United States.