Greece has opened its first so-called "hotspot" center on the island of Lesbos to address the influx of migrants. The European Union plans to set up further four hotspot centers in Greek waters, and also two in Italy. 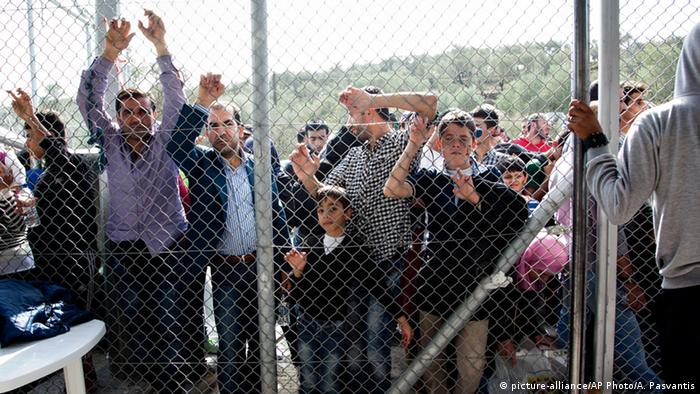 Europe's migration commissioner Dimitris Avramopoulos and Luxembourg's Foreign Minister Jean Asselborn on Friday inaugurated the first Greek reception and registration center for refugees, called "hotspots" on the island of Lesbos. Avramopoulos, a Greek national himself, said at the event that the first such hotspot was now operational.

"This marks a significant start. But there's still a long way ahead," Avramopoulos said. 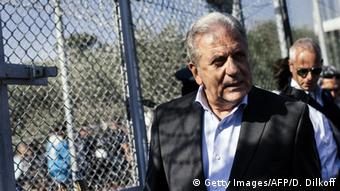 Asselborn, whose country currently holds the EU's rotating presidency, stressed that the EU was ready to provide further financial and logistical aid to Athens to deal with the crisis, but added that the "a difficult path" still lay ahead in the face of 400,000 migrants arriving on Greek soil since January. The International Organization for Migration (IOM) estimates the number of arrivals to be as high as 473,000.

Various representatives of Frontex, the EU's border management agency, also took part in the opening ceremony. Frontex said it intended to place more than 600 representatives across the Greek islands in coming weeks to help get the hotspot centers up and running.

EU aid to Greece to help with refugees

The hotpot center on Lesbos is located near the village of Moria, which is situated six kilometers (3.8 miles) north of the island's capital Mytilini. Predicting the ongoing surge of refugees coming to Greece would continue, the European Union pledged to relocate at least 70,000 migrants to other EU countries as part of an agreement with Greece, which after battling with its EU bailout program has little of its own funds available to deal with the refugee situation. 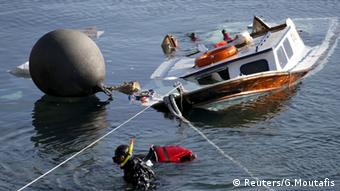 Greece's junior interior minister for migration, Yiannis Mouzalas, told reporters: "We are going to keep to our commitments."

But despite closer cooperation between the EU and Greek authorities, migrants continued to lose their lives on perilous journey in the Aegean Sea. Seven people drowned just one day before the new reception center on Lesbos was opened, adding to a tally of 300 dead just off the coast of Greece this year alone.

In total, more than 3,000 died trying to reach European shores on overcrowded boats since the beginning of the year.

The reception centre on Lesbos is one of five planned hotspots on Greek islands which are intended to provide the first point of arrival for migrants fleeing to Europe after leaving the Turkish coast. The next set of hotspot centers to open includes the Greek islands of Chios, Samos, Leros and Kos.

Italy said it also planned the introduction of hotspots with the help of the European Commission, and listed the island of Lampedusa as well as the town of Pozallo in southern Sicily for locations.

The hotspots in Greece and Italy, agreed by EU leaders at a summit last month, were reportedly aimed at separating the new arrivals between bona fide refugees and economic migrants - at their first point-of-entry into the bloc. Those deemed likely to qualify as refugees could then be relocated to other EU countries to ease the burden on Greece and Italy and to prevent the migrants from continuing north in an uncontrolled manner.

After months of tensions over the more than 600,000 people who have flooded into Europe this year, Brussels is trying to keep more refugees out of the bloc - most notably through a major cooperation deal with Turkey agreed at the EU leaders' summit this week.