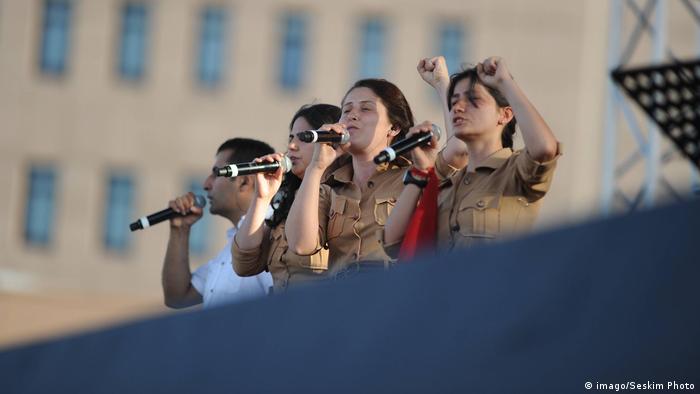 Since the 1980s, the left-wing band Grup Yorum have accumulated a large fan base with their folk-rock music and political lyrics. At the same time, they've attracted the ire of the authorities and police. Several albums have been banned or censored and there have been frequent raids on Istanbul's Idil Cultural Center, where the band like to perform. Many of the 30-odd members have been jailed at one time or other.

Last March, eight members were detained during a raid on the cultural center and accused of belonging to the DHKP-C, a militant Marxist group, which the Turkish government considers a terrorist organization, as does Germany.

Some of them embarked on an indefinite hunger strike to protest against their detention. After 200 days, Ibrahim Gokcek, who is perilously close to dying, transformed his strike into a "death fast", as did Helin Bolek, who was released from jail in November but is still refusing to eat.

Their intention is to fast until all charges against the band are dropped and all members released from jail. They also want the ban on Grup Yorum concerts to be lifted and an end to raids on the Idil Cultural Center. 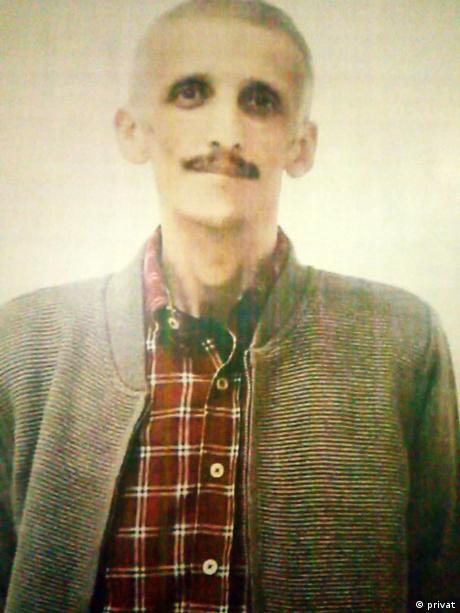 200 days is a critical point

The musicians' lawyer Didem Baydar Unsal recently said her clients were in a very concerning state: "They are very weak. The consequences of the fast are grave. They have the sensation that their feet are burning, their bodies have swollen up, they are finding it difficult to walk and sleep, they have cramps and headaches, they are tired and their whole body feels numb."

The forensic physician and human rights activist Sebnem Korur Fincanci is also worried. She said that hunger strikes usually reach a critical point after 200 days. "People can still survive, even if there is heavy loss of weight but the body needs vitamins, especially B1, liquids, salt, carbonate and sugar. "If somebody was not healthy before beginning the hunger strike, such a form of protest can lead to death."

Are death fasts a Turkish phenomenon?

Between 1996 and 2000, many hunger strikes in Turkey did lead to death and this period is still remembered by large parts of the population.

Korur Fincanci, who won the Hessian Peace Prize in 2018, attributed this form of protest to the fact that many people are detained without a hearing. "They put their lives in danger because they do not have the right to a fair trial or to life."

The composer Zulfu Livaneli, who acted as a mediator during the hunger strikes of those years, pointed out that Turkish prisoners are not protected by the state. Many of them do not receive fair trials, even if this means that international human rights laws are violated. He said they were treated as enemies by the government and the legal system. "The state does not consider them as its citizens and would prefer it if they were forgotten."

The lawyer Gulizar Tuncer agreed that the Turkish state sees "political prisoners" as enemies. "This is also clear from the court records," she said, citing the example of the tragedy of December 19, 2000 when 30 prisoners were killed in raids on prisons. Security forces stormed some 20 jails where almost 1000 inmates had embarked on a hunger strike against newly constructed high-security jails, so-called F-type prisons, which enable the authorities to detain people more easily in solitary confinement.

Tuncer explained that in the court records, the police were referred to as "friendly forces" while the prisoners were described as "enemies."

At least 150 theater professionals were fired without reason in Turkey. A few days before that happened, they were looking forward to getting permanent positions. Is it part of President Erdogan's purge? (15.01.2020)