Wikipedia back online in Turkey after judge lifts ban 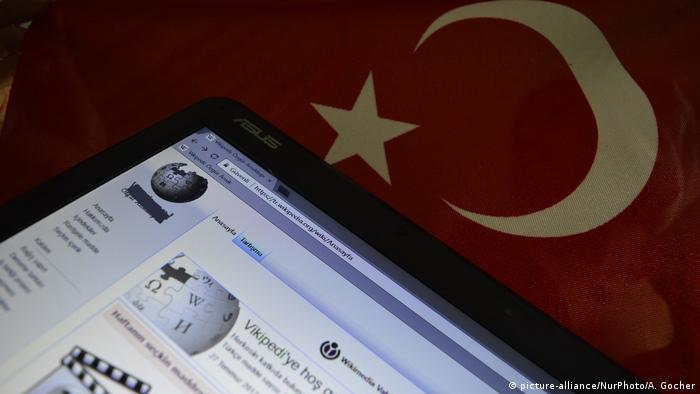 Wikipedia was back online in Turkey on Wednesday for the first time in nearly three years after a Turkish court lifted a government ban on the website.

The ban was lifted and access resumed hours after Turkey's Official Gazette reported details of a ruling made by the country's Constitutional Court.

Last month, a 10-to-six majority ruled in favor of the online encyclopedia, saying that the ban violated freedom of expression.

Internet users in Ankara and Istanbul reported having access a few hours later.

Turkey had blocked the website in April 2017, citing Wikipedia's refusal to remove content that said the Turkish government was supporting terrorist organizations, calling it a "smear campaign."

The community-generated website had said it was opposed to censorship. Wikipedia fought the ban in court, escalating the case to Turkey's highest court in May 2017 after talks with officials and a challenge in a lower court failed to restore access.

The ban had legal footing under a law that allows the government to block websites that it says pose a threat to national security.

Turkey had been the only other country besides China to totally block access to Wikipedia.

Activists have criticized the crackdown on free speech in Turkey, which intensified following the failed military coup against the regime of President Recep Tayyip Erdogan in 2016.

Tens of thousands of websites still cannot be accessed from Turkey. Access to YouTube was blocked for two years over videos that insulted the founder of the Turkish republic.

The court fined the foundation that owns Wikpedia for refusing to remove articles about Russia's invasion of Ukraine, war crimes in Bucha and related topics.

Turkey's media watchdog has started a countdown for DW to apply for a broadcast license or see its TV channels and website banned in the country. DW's director general called the move an attempt at "censorship."