At least 150 theater professionals were fired without reason in Turkey. A few days before that happened, they were looking forward to getting permanent positions. Is it part of President Erdogan's purge? 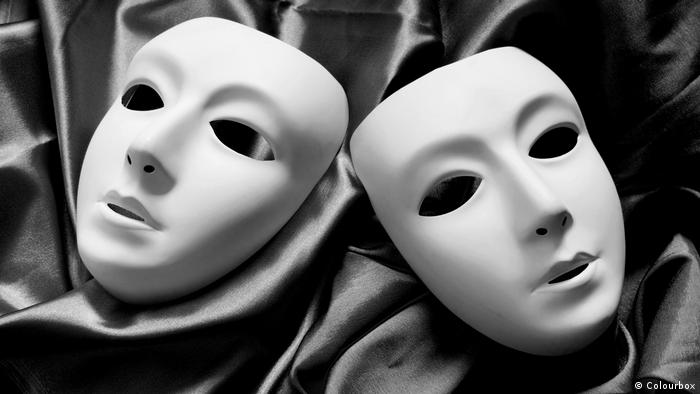 "We started the new year with great hope because we were expecting to be getting a contract soon," said a 30-year-old actor who was laid off from a Turkish state theater without any warning. The artist, who wants to remain anonymous, played there six days a week and had leading roles in two different pieces.

He was among the theater staff whose everyday life was suddenly shaken by an unexpected series of dismissals: "We're all very tense because nobody knows what they're charging us with. Those who weren't on the list are concerned because it can affect them at any moment."

Promises of job security for 2020

Actually, 2020 was supposed to be a good year for the staff of Turkey's state theaters. An official gazette published on December 26 even gave them the impression that their working conditions would improve. Titled "Changes to the guidelines for the employment of contract agents," it stated measures that would allegedly enable more permanent positions in state theaters.

"Some of our artists and technical staff [at the state theaters] have been working without a clear status; now they will become our staff on a contractual basis," Minister of Culture and Tourism Mehmet Nuri Ersoy said at the time, even adding that "all worries about job security will be eliminated; work conditions are now guaranteed by our state." 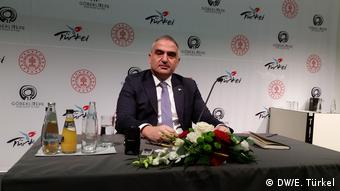 As a result, the directors of state theaters offered their freelancers to apply for a permanent position between December 26 and 30. Many did so.

Yet just a few days later, they were in for a bad surprise: At least 150 freelance employees of state theaters, state operas or ballets were fired without notice, for unknown reasons.

A yellow letter with devastating effects

"The employment of the contract staff was not approved by the director under the terms of employment." Those were the simple words in the yellow letter that was handed to them unexpectedly, sealing their dismissal without any further explanation.

"A year ago, I was personally informed that I would gain access to full employment. After that, I fully focused on that option and made my plans for the future," complains one actor, whose yellow letter was handed to him immediately after a stage appearance.

The artists can only speculate on the motives for the layoffs. Many believe that this is a reckoning with those who took part in the Gezi protests in 2013 and thus positioned themselves against the government at the time.

Union: 'Enormous fears for the future'

It is assumed that the mass layoffs were not spontaneously decided upon by various theater directors, so the Ministry of Culture was called upon to provide an explanation — which hasn't come yet. 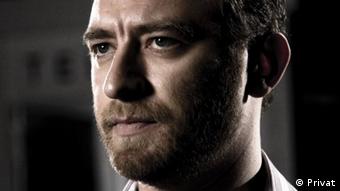 "There was no official statement attached to the dismissal, but it is said to be related to a security investigation. There is a lot of speculation because there is no transparency surrounding the situation," said Sercan Gidisoglu of a Turkish actors' union. According to Gidisoglu, there are no exact figures about the number of dismissals either.

The current political climate is very worrying. "Those whose contracts have been terminated do not have a uniform profile. Because it can affect everyone, there are enormous fears for the future."

An actor who applied for a permanent position points out that the process of filling new positions has also recently become more unfair: "There used to be an aptitude test for staff. Today, new employees are selected from above, regardless of whether they have a Conservatory degree or not." The young actor speculates that the goal is to get people supporting the state to take over.

Critics assume that the Turkish government wants to expand its dominance in the cultural and social sector. 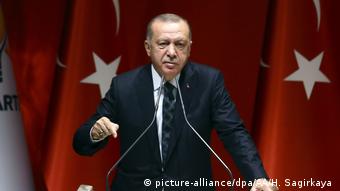 President Erdogan's influence can now be felt on theater stages

The actors DW spoke to were concerned that censorship at state theaters is increasing. There is already political interference in the selection of plays. For instance, Turkish playwright Memet Baydur says that his play Kamyon, which he dedicates to the villagers expelled from their homeland, cannot be staged.

He points out that another play had to be cancelled because the main actor was among those who were fired. It also happened to be too revealing for conservative tastes, adds the author.

Baydur believes that there is enormous self-censorship in the state theaters. "Self-censorship will continue to increase with current developments." According to Baydur, the decisive factor is the influence of the President's communications authority (CIMER): "There are always people who complain to CIMER. The pressure has increased over time and will continue to increase."

The circumstances surrounding the layoffs of theater professionals remain opaque. There is only a vague note on the official website of the Turkish State Theaters, the official directorate of national theater companies in Turkey: "From January 1, 2020, the responsible personnel must meet certain requirements in accordance with Article 8 of the Guidelines for the Employment of Contract Personnel."

Members of parliament Baris Atay from the Turkish Workers' Party (TIP) and Alpay Antmen from the Social Democratic Party (CHP) placed a parliamentary question to Ersoy, Minister of Culture and Tourism. They call for clarification on the massive layoffs — as well as transparency on who will fill the sudden vacancies in state theaters.

In January 1961, a law came into effect defining the rights of journalists in Turkey. Though President Recep Tayyip Erdogan says the media are on the right track in Turkey, his government has clamped down on reporters. (13.01.2020)

Zehra Dogan: Turkey's rebel with a pen and a paintbrush

Kurdish artist and journalist Zehra Dogan went to prison for portraying life in southeastern Turkey during the country's state of emergency. Now she is free, and has no plans to give up her fight against injustice. (26.02.2019)

Together with Iranian artist Shirin Neshat and the Mongolian publisher Enkhbat Roozon, the German-Turkish author has been honored by the Goethe-Institut. Akhanli talked with DW about his writing — and state persecution. (28.08.2019)

"Exile Is a Hard Job" is a spot-on title for the retrospective of Turkish artist Nil Yalter's oeuvre at Museum Ludwig in Cologne. For over 40 years, she has been exploring the situation of migrant workers. (06.03.2019)

Selahattin Demirtas, a former co-leader of the Peoples' Democratic Party, which advocates for Kurds and other minorities in Turkey, could be sentenced to 142 years in prison. Negotiations have not brought about results. (12.01.2020)

Every year, Edinburgh hosts one of largest celebrations of arts and culture in the world: the Festival Fringe. For 25 days, it offers thousands of shows and tens of thousands of performances.

Being an outspoken enemy of the Kremlin nearly cost Alexei Navalny his life. In this documentary that feels like a spy thriller, Putin's rival uncovers the facts about his poisoning.