Turkey: Actors and actresses are Erdogan′s new targets | Europe | News and current affairs from around the continent | DW | 11.01.2019

Turkish President Recep Tayyip Erdogan is cracking down on artists, strongly rejecting any criticism, even from those with conservative backing. But what does he hope to gain from the increasingly aggressive tirades? 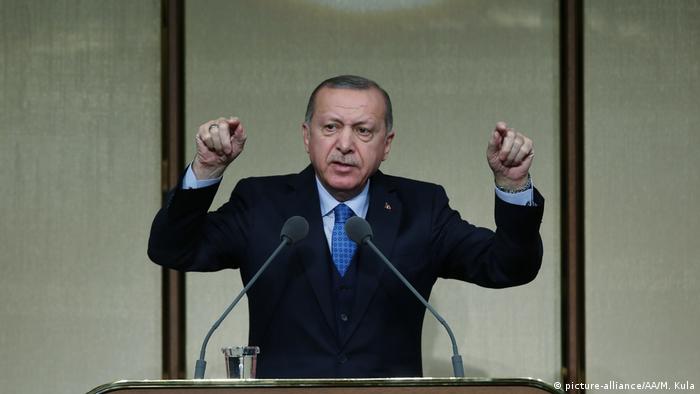 The most recent verbal feud involving the Turkish president sounds amusing at first. Film star Rutkay Aziz, 72, had a suggestion for Erdogan: "The president should try listening to Mozart and Beethoven. It might do him some good."

And, since the president opposes drinking alcohol, journalist Yilmaz Özdil wrote in a column for the kemalist-nationalist daily "Sözcü": "If Tayyip Erdogan had had just one beer, the situation in Turkey would be much better today."

Erdogan's response to both comments, given in front of AKP delegates on Tuesday, was free of humor: "Coercing a president whose disposition and attitude is unambiguous into drinking beer or listening to Mozart is nothing but the epitome of fascism."

Read more: Europe must stand up to Erdogan

'The epitome of fascism'

Aziz's reaction came via Turkish Arti TV broadcaster, which is based in Cologne, Germany. He never offered a piece of advice to Erdogan, he says. "I was told that Erdogan was going to visit a concert by world-famous pianist Fazil Say. What did I think about that? I replied that that was a very good idea. He'd be able to listen to Mozart and Beethoven. That'll do him good." 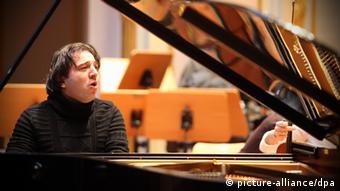 Aziz is unable to understand why Erdogan called him a fascist: "It's impossible to fathom what is meant by fascism in this case. Am I a fascist? Is Mozart a fascist? If the latter was the case, I'd be in favor of protecting Mozart in the name of humanity." For Aziz, this concludes the case. He told DW: "I put a period behind the whole affair and do not wish to make any further comments."

Deniz Cakir, an actress who regularly appears in a TV series, became a target of Erdogan's wrath after taking part in a battle of words with women wearing headscarves, a story that was picked up by newspapers close to the government.

The president went on to accuse Cakir of having told women with headscarves to "leave for Saudi Arabia." And this, said Erdogan once more, "is nothing but pure fascism. That's the attitude of the Republican People's Party CHP." The social democratic and Kemalist CHP is the largest opposition party in Turkey. The Public Prosecutor's Office has now launched an investigation against Deniz Cakir over accusations of "slander." 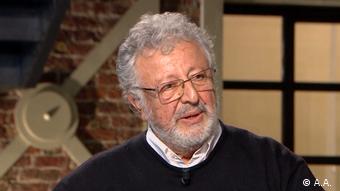 It's possible that the actual incident was quite different from what happened according to Erdogan and his public prosecutors. After all, Cakir wrote on Twitter: "What has been stated in public is not true."

Last week, Turkey's cultural scene was rocked by an even more far-reaching incident. Müjdat Gezen, 76, and Metin Akpinar, 78, are two of the country's acting legends; their films and theater appearances are appreciated by conservatives and progressives alike. The two veterans distance themselves from current government policies. Appearing in Halk TV, a broadcaster close to the opposition, they directed critical remarks at the president. Subsequently, Erdogan labeled them "would-be artists."

Gezen and Akpinar, however, were not just ridiculed by the president. An official investigation was launched against them, on grounds of "defamation of the president, threat of revolt and murder."

After questioning, the two actors were released — but they are not allowed to leave Turkey. Their passports were confiscated, and once per week they have to report to the police. The Public Prosecutor's Office submitted a report on its investigation into "incitement to armed rebellion against the government of the Republic of Turkey." "Incitement to armed rebellion"? What was it the two actors had actually said? "The only way of overcoming polarization and chaos is through democracy," Akpinar had said on "The People's Arena" television program. "If we don't succeed, we might see the same things that happen in all kinds of fascism. The ringleader will even be suspended by one of his legs, or he'll be poisoned in a dungeon."

Similarly, his colleague Gezen had not called for a revolt, but had criticized Erdogan: "He berates all and sundry, permanently raising his finger and telling everyone to know their limits. I'm telling you, Recep Tayyip Erdogan, you cannot put our love of our fatherland to the test. Know your limits."

Theater critic Atilla Dorsay told DW that in all democratic countries, both government and civil society respect the role of artists. It is only dictatorial regimes that try to oppress them: "Artists who criticize the government even a little bit are condemned in pulpits, in courtrooms and in prison — that is the sad reality of Turkey."

Erdogan, for his part, is increasingly directing aggression at cultural and artistic figures — despite the fact that the country is experiencing politically and economically rough times. Gülfem Saydan Sanver, Pollie Award recipient of the American Association of Political Consultants, says that has to do with the upcoming local elections.

During previous election campaigns, Erdogan consistently tried to position himself at the center of every discussion, Sanver explained. "If we look at the outcome of the most recent elections, we see that Erdogan benefits from the polarization of society he foments. Publicly accusing those artists is a part of that strategy."

Erdogan was creating the impression that society's conservative circles were under threat. For one thing, he was trying to consolidate his own electorate; for another thing, he was barring the opposition from taking their messages to the people.

"In addition, Erdogan wants to hush up the repercussions of the economic crisis," Sanver said. "He is well aware that a climate of fear plays into the hands of the existing government, because a society in fear will always support the existing system. Harsh words directed at artists and launching investigations against them send the message that criticizing the government comes with a high price tag."