As Lebanon struggles to contain COVID-19 infections, the number of people suffering from extreme poverty has tripled in the past year. Some Syrian refugees in the country are embittered enough to return home. 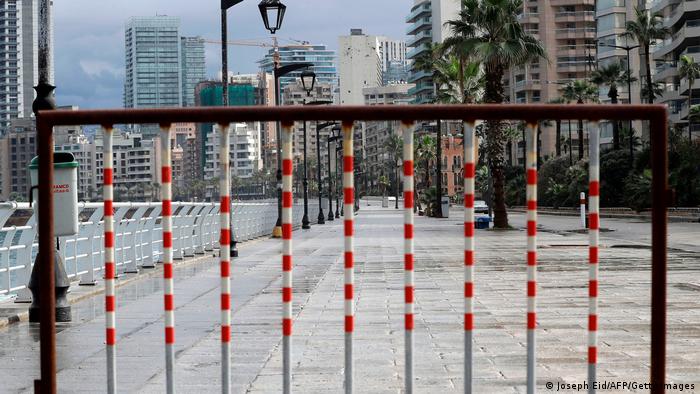 Lebanon is under a strict lockdown that includes a 24-hour curfew.

"With each passing day, the lives of Lebanon's citizens, migrants and refugees is becoming more unbearable; the poverty rate has doubled and the extreme poverty rate has tripled in the past year," Aya Majzoub, Lebanon researcher at Human Rights Watch, told DW.

Her analysis of the situation in the country has just been published in the organization's World Report 2021. "People don't have money for basic goods; they have resorted to stealing basic things like baby formula in pharmacies, and signs of desperation are palpable across the city, including at the traffic lights, where people and children as young as 5 years old are begging for money and food," said Majzoub, who lives in Beirut.

Majzoub's assessment is backed up by recent projections from the World Bank: Lebanon's severe economic and financial crisis led to a projected 19.2% decline in GDP for 2020, triple-digit inflation and a projected increase in poverty to 45% and extreme poverty to 22%. As for its population of 6.8 million, including 1.5 million refugees, approximately 1.7 million people are estimated to fall under the poverty line, with 841,000 people under the food poverty line.

In addition to the difficult economic situation, the country is also facing unprecedented numbers of COVID-19 infections, while the health system is collapsing. Lebanon's caretaker prime minister, Hassan Diab, admitted at the interministerial Coronavirus Committee meeting last Monday that "we have reached the stage of extreme danger." To curb the numbers, the country on Thursday implemented one of the world's strictest shutdowns, comparable with Italy or China's measures last year. It is to last at least until January 25.

World Bank loan for some poor families — but not for all

The serious situation of the Lebanese population has been recognized by the World Bank with last week's approval of a $246 million (€200 million) loan. Some 786,000 vulnerable Lebanese families will be supported by the Emergency Crisis and COVID-19 Response Social Safety Net Project (ESSN). However, refugees are not entitled to this aid.

The situation of the refugees in Lebanon has worsened radically in the past year. "Eighty-eight percent of Syrian refugees in Lebanon are in extreme poverty," said Majzoub. According to the UN, extreme poverty is defined as "a condition characterized by severe deprivation of basic human needs, including food, safe drinking water (…) and access to services." For some refugees, the situation has become so dire that they have decided to return to Syria instead. 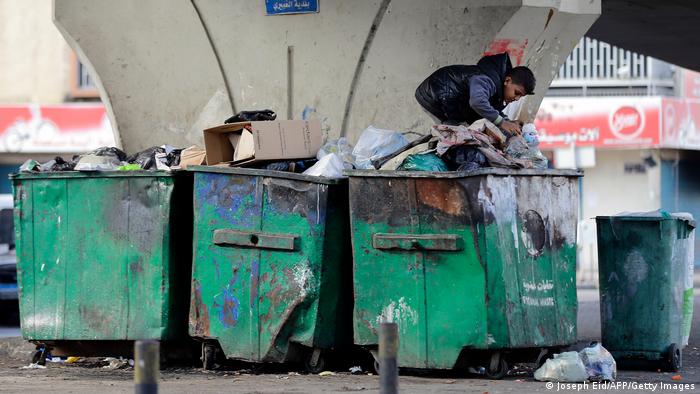 Many children in Lebanon are suffering from extreme poverty

However, even the return to what will be an uncertain future in Syria was a difficult affair last year, since the official border crossing at al-Masnaa was closed for almost four months. "In 2020, returns from Lebanon to Syria were lower than in previous years due to COVID-19 and other limitations," Lisa Abou Khaled of the UN refugee agency UNHCR told DW. According to the UNHCR in Lebanon, the number of returns has been steadily increasing since 2016, with 66,000 Syrian refugees verified to have gone back to their home country.

Laana's family is one of the few that managed to return last year. "They left for Damascus after eight years in Beirut with less than they had arrived with," Laana, who asked that her real name not be used, told DW. Her Syrian father and her Lebanese mother, both in their sixties, lost their import-export-business after the explosion at the Beirut port last August, said Laana, who is a scientist in Germany. Shortly after, the couple came to the conclusion that the situation in Lebanon wouldn't improve and that they had better chances of building a sustainable life in Syria.

Another Syrian family told DW that they had arrived in Beirut in 2014 after their house in Damascus was completely destroyed. "Nobody wants to be a refugee, and many Lebanese resent us and our presence," the father of two sons told DW. "We have always wanted to return." Yet for now, the family have decided to stay, as they see the situation in Lebanon as still being safer than in Syria. 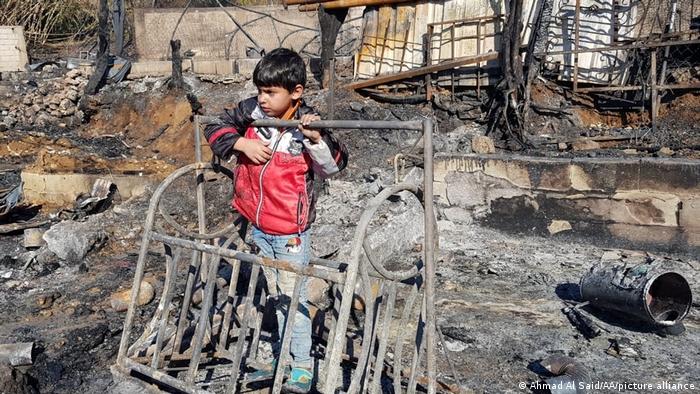 The majority of Syrian refugees wish to return to their home country, but few believe it is possible now

"Here is hardship, but across the border they would face torture and persecution," Majzoub said. In compiling her report for HRW, she found out that many Syrian refugees "don't feel they have a choice to return." She added: "I believe Laana's family is an exception."

Majzoub's observations are confirmed by the latest survey by Innovations for Poverty Action (IPA) in collaboration with Stanford University. Researchers carried out 3,000 in-person interviews with Syrian refugees across Lebanon between August and October 2019. Less than 30% said they expected to be able to live in Syria, but 60% said they wished they could be there. And a substantial share of the population of Syrian refugees, approximately one-third, did not expect to ever be able to return home.

Razan Salman contributed to this report from Beirut.

Foreign donors have said Lebanon needs fundamental reforms before the debt-ridden country gets any more support. But a new international aid package runs the risk of fostering a business-as-usual approach in Beirut.

What's more important for Lebanon: Subsidies or a new government?

If the subsidies stop, then prices, poverty and the possibility of conflict increases. If they don't, the country runs out of money. Local experts say they have an answer. They just need politicians to act on it.

Ukraine must 'decide about its own future,' says Poland's Duda — live updates