Lebanon to default on debt amid financial unrest

The crisis-hit country won't pay a $1.2 billion Eurobond which is due next month. Prime Minister Hassan Diab says the national debt level, at 170% of GDP, is higher than his country can bear. 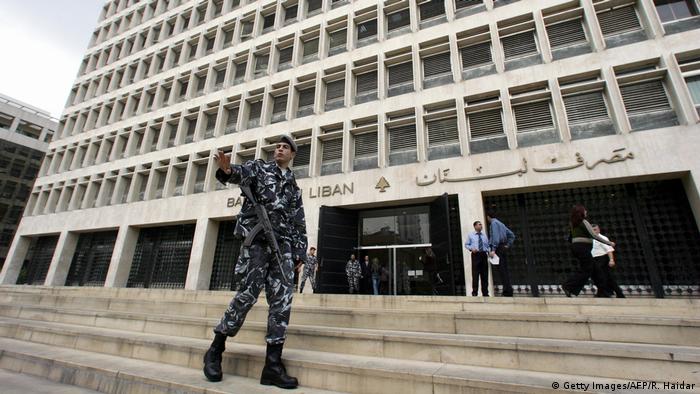 Lebanese Prime Minister Hassan Diab on Saturday confirmed the country would default on its debt for the first time.

Diab said during a televised address that the country would not pay a $1.2 billion (€1.35 billion) Eurobond that is due to mature on Monday.

The announcement followed a meeting between the president, prime minister and senior financial officials earlier in the day.

The prime minister said Lebanon is unable to repay debt maturities due to the ongoing economic crisis facing the Middle East country, which has led its foreign currency reserves to hit critical levels.

Currency reserves have fallen to "a worrying and dangerous level" said Diab, whose self-styled government of technocrats was formed in January to tackle the sharp downturn amid unprecedented protests.

The faces of protest in Lebanon

He added that the government would now strive to restructure the country's debt through talks with bondholders.

"The Lebanese state will seek to restructure its debts, in a manner consistent with the national interest, by entering into fair negotiations...with all creditors," he told the Lebanese people.

Along with the $1.2 billion due in March, another $700 million in bonds matures in April, and a further $600 million matures in June.

Diab, meanwhile, promised reforms to the banking and power sectors and public spending cuts to pay off the outstanding bond.

He warned that 40% of residents would soon be under the poverty line, and also promised to protect savers' deposits in the country's banks.

Lebanon was plunged into a political crisis in October after its economy spent several years in the doldrums as a result of the conflict in neighboring Syria.

The value of the pound, which is pegged to the dollar, has sunk and banks have introduced tough restrictions on dollar withdrawals and transfers. The unrest has been fueled by lackluster economic growth, high unemployment and months of anti-government protests.

At the end of 2019, the country's $87 billion in debt was roughly 155% of its gross domestic product (GDP). Lebanon has never defaulted on its sovereign debt before.

Local banks, who are the main lender in Lebanon, have argued against debt default, saying it would harm the banking sector and damage its standing with foreign creditors.

However, many lawmakers and economists have stressed the need to protect the country's foreign currency reserves. Anti-government protesters have also opposed debt repayment.

Following a months-long political vacuum, Lebanon has formed a new government made up of specialist ministers, with Prime Minister Hassan Diab promising to address the demands of the recent protest movement. (21.01.2020)

Lebanon's financial situation is deteriorating amid a rising political divide. International financial institutions say that it is up to the country to restore trust and overcome the current liquidity crisis. (01.10.2019)