Following a months-long political vacuum, Lebanon has formed a new government made up of specialist ministers, with Prime Minister Hassan Diab promising to address the demands of the recent protest movement. 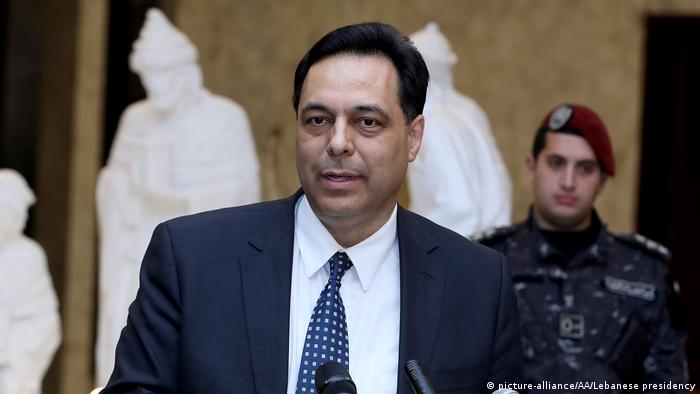 Lebanon formed a new government Tuesday, with Prime Minister Hassan Diab putting together a Cabinet of 20 members, made up of specialist "expert" ministers backed by political parties.

Diab, a former engineering professor at the American University of Beirut, said his government "will strive to meet their demands for an independent judiciary, for the recovery of embezzled funds, for the fight against illegal gains."

Many of the rest of the Cabinet are former academics and advisers in their respective specialist fields, and has been dubbed an "expert" Cabinet, though protesters have dismissed this is a farce. Diab himself is a former academic and education minister.

The country has been without a government since Hariri's resignation, and is facing an economic and financial crisis.

Shortly before the cabinet was announced, thousands of people poured into the streets of the capital, Beirut, in rejection of the new government.

Protesters have been calling for sweeping reforms and a government made up of independent experts.

Hilal Khashan, a professor at the American University of Beirut, told the AFP news agency that the idea of a genuinely technocratic government in Lebanon was "wishful thinking."

"Behind every candidate, there is a political party backing their nomination," he said.

Another demonstrator said Diab did not "keep his promise of forming a government of independent" experts.

After the Cabinet announcement, Prime Minister Diab said his new government will work to address the protesters' demands.

"This is a government that represents the aspirations of the demonstrators who have been mobilized nationwide for more than three months," he said, moments after his cabinet was read out at the presidential palace.

Diab also said his government would be a "a rescue team" that will act "fast but not hasty" in tackling the worst economic and financial crisis to hit Lebanon since the country's civil war.

The nationwide protests are led by young people who blame government corruption and incompetence for the lack of jobs and basic services.

The new government is scheduled to meet on Wednesday for the first time.

Police continue their clampdown on demonstrations in Lebanon. Three months into their protest movement, dissidents have turned on banks that are imposing informal capital controls to stave off a liquidity crunch. (16.01.2020)

Lebanon's incoming prime minister has told DW he will try to form a government in record-breaking time to address the concerns of protesters. Lebanon has been rocked by weeks of violent protests in the capital. (20.12.2019)