Lebanon's capital has been shaken by violent clashes between police and supporters of opposing political camps. The country is trying to form a new government, but talks have been deadlocked since October. 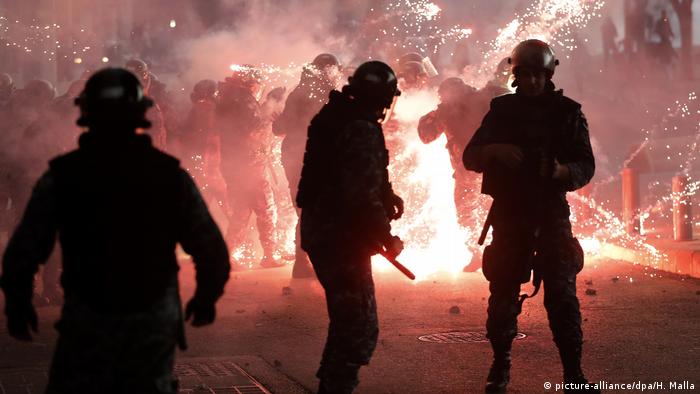 Anti-government demonstrations in Beirut turned violent Saturday, as hundreds of protesters clashed with security forces in the streets of the Lebanese capital.

The violence was some of the worst in Beirut since nationwide anti-government demonstrations began in October. Dozens of protesters and security personnel were injured in the confrontation overnight.

Anti-government protesters have accused Lebanon's political class of steering the country into an economic crisis.

Images of the confrontations showed clouds of tear gas smoke filling the streets. There were numerous reports of people passing out due to the heavy smoke.

Security forces fired rubber bullets and tear gas at demonstrators, who threw stones at police and tried to break through barriers blocking roads to the parliament and government headquarters.

The Lebanese Red Cross said on Twitter late Saturday that it had taken 10 people to the hospital and provided care to 33 injured people on the ground.

The Lebanese Civil Defense said dozens of people were wounded in clashes, adding that the situation had calmed down by midnight. 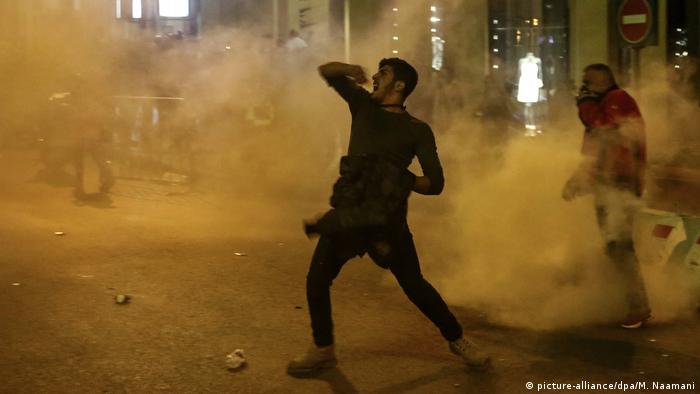 Security forces intervened, firing teargas to disperse the men who attacked the camp with stones and firecrackers.

The initially limited confrontation at the protest camp then developed into protracted street clashes with security forces that eventually drew in hundreds of anti-government protesters who had gathered near the parliament.

Shiite Amal and Hezbollah are partners in Lebanon's cross-sectarian government, and supporters of Hezbollah and Amal have attacked anti-government protest camps in several cities in recent weeks, angered by demonstrators' criticism of their leaders.

Saturday's clashes involving opposing political camps and security forces come as Lebanon looks to form a new government and find a way out of a protracted political crisis.

Former Prime Minister Saad Hariri stepped down  two weeks after protests began in October. Since then, divided political parties have failed to agree on a new premier. Talks between parliamentary blocs are planned for Monday.

The process of forming a government comes as Lebanon also faces an economic crisis, with its currency losing value and the cost of living rising.

The top candidate to replace former premier Saad Hariri withdrew from consideration, after failing to secure the support of Lebanon's most senior Sunni cleric. The development could signal the return of Hariri to power. (09.12.2019)