Lebanon in currency crisis as protests spread across the country

Hundreds took to the streets in Lebanon as the pound dropped to its lowest value since the civil war. The president has announced the central bank will inject dollars into the market in an effort to curb the crisis. 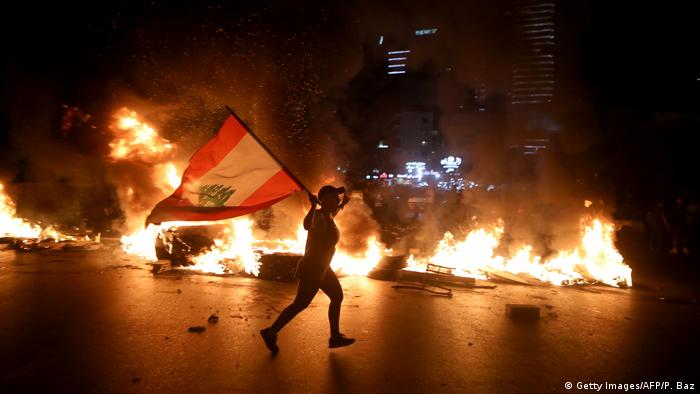 Lebanon's government held crisis talks Friday as the currency plummeted to a record low on the black market, leading to a night of angry protests. President Michel Aoun announced after the meeting that the central bank would begin injecting dollars into the market in an attempt to strengthen the pound.

The country is entering the worst recession in a decade with the Lebanese pound down 70% from its official rate.

Protests on Thursday night saw roads blocked across the country and security forces working together to use tear gas against protesters. Demonstrators chanted slogans of national unity, with many pointing fingers at the financial sector. 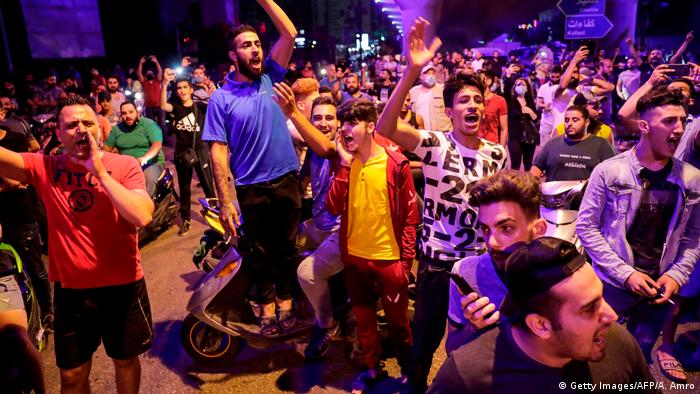 Why is the currency in freefall now?

Despite efforts to control the currency depreciation in recent weeks, the Lebanese pound tumbled to more than 6,000 to the dollar on Thursday, down from 4,000 on the black market in recent days. The pound had maintained a fixed rate of 1,500 to the dollar for nearly 30 years since the economy was affected by the civil war (1975-1990).

The Lebanese pound began to lose value last fall. The recent acceleration in devaluation appeared to reflect the growing shortage of foreign currency on the market amid the coronavirus crisis. It also signaled panic over new US sanctions that will affect neighboring Syria in the coming days as well as a lack of trust in the government's management of the crisis.

The Lebanese government is heavily indebted and has been in talks for weeks with the International Monetary Fund after it asked for a financial rescue plan. There are no signs of an imminent deal.

Before the current flare-up of unrest, protests were widespread early in the year despite the COVID-19 lockdown that was in place.