President Bashar Assad gave no reason for the sudden dismissal of Prime Minister Imad Khamis, who has been in power since 2016. Syria is experiencing a sharp economic downturn, with elections looming next month. 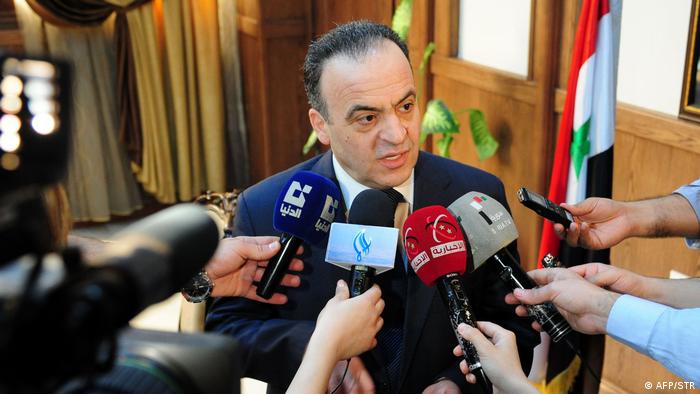 Syrian President Bashar Assad announced he had dismissed Prime Minister Imad Khamis on Thursday. Khamis had occupied the role since 2016.

"President Assad has issued decree number 143 for the year 2020 which relieves the prime minister Imad Muhammad Dib Khamis of his position," an official statement from the president read.

"The government will continue to work until the next election," the Syrian presidency added on Twitter.

No immediate reason has been given for Khamis' surprise dismissal. Khamis has long been a close ally of Assad, previously serving his minister of electricity. In this role he was sanctioned by the European Union for allegedly using power outages to quell anti-government protests.

What is Syria's currency crisis?

Syria's currency has plunged sharply in value on the black market in recent days, leading to sharp increases in prices of basic foodstuffs. The resultant economic hardships have also sparked unprecedented protests, which some commentators have described as reminiscent of 2011 anti-government protests. Around 80% of the Syrian population currently live below the poverty line. 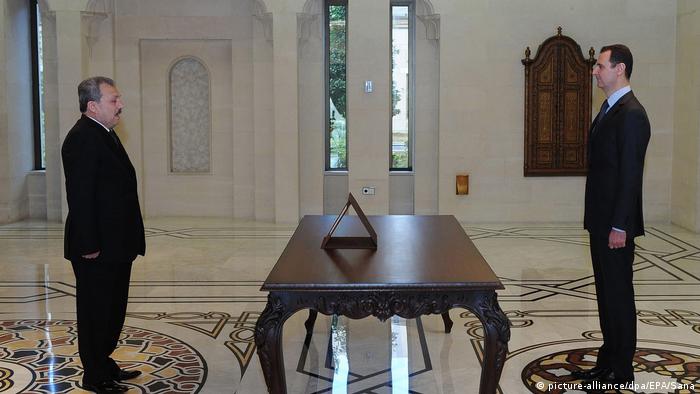 The Syrian pound, which traded at 47 pounds to the dollar before the 2011 uprising, plunged to over 3,000 for a dollar this week. This affects daily costs even for the majority of Syrians who buy goods through informal or black market suppliers, because some staples disappear from markets as merchants struggle to keep up with the rising cost of living.

Syrian authorities have placed the blame for the currency crisis squarely on Western countries for their sanctioning of Syria. Some anti-government protesters say a poor handling of the coronavirus crisis and the current regime's decision to devalue the currency are responsible.

What are the latest US sanctions?

Amid the economic hardships linked to the currency, Syria is also facing the prospect of new US sanctions due to come into place in coming weeks. The so-called Caesar Syria Civilian Protection Act will apply to any entity or country that does business with the Syrian government and is expected to make life worse for ordinary people.

Economists and commentators say that the new sanctions will make Assad's regime even more untenable.

The upcoming July elections were due to be held in April but have been postponed twice owing to restrictions on public life put in place to slow the spread of coronavirus.

President Bashar Assad's government is expected to remain in power; Bashar has been in office since 2000, in a role previously held by his father.