People in Lebanon have voted in municipal elections amid tight security and a reportedly low turnout. Major protests following a months-long trash crisis have shaken the Lebanese political establishment. 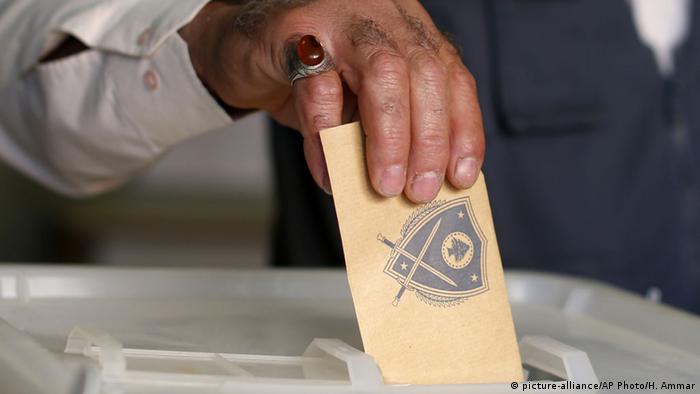 The government has cited security concerns and war in neighboring Syria as reasons for the delays in organizing elections. The Middle Eastern country has been without a president for the past two years. There have been no parliamentary elections since 2009, and the last municipal elections were held in 2010.

Voter turnout on Sunday was quite low in the capital, Beirut, and the two provinces of the Bekaa region. Three other voting rounds will take place before May 29 in five other regions.

A grassroots citizens' campaign has challenged traditional political leaders. "Beirut Madinati, "meaning 'Beirut is my city' in Arabic, is a movement which has capitalized on a civil society campaign over a political crisis centered on uncleared trash piled up on the streets.

Many Beirut citizens say they have lost patience with politicians. "Even if just one candidate from Beirut Madinati gets in, it will be a victory for civil society," a 43-year-old voter, Elie, told the AFP news agency.

Twenty-four candidates belonging to the citizens' movement are contesting the municipal elections. They include teachers, fishermen and artists, such as the famous actress and film director Nadine Labaki.

Lebanon's political landscape is deeply divided, with the government split between the Hezbollah bloc backed by Iran and Syria, and the Future Movement led by former Prime Minister Saad Hariri, who is supported by Saudi Arabia and the United States. He is the second son of Rafik Hariri, the former Lebanese prime minister who was assassinated in 2005.