The Lebanese parliament has lifted a ban on Palestinians holding better classes of jobs. But political demographics, economic worries and fears about sending the wrong signals remain major concerns in a volatile region. 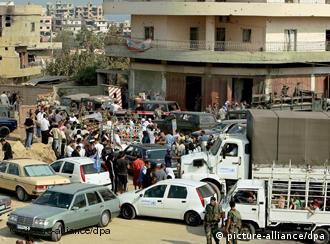 Life in the refugee camps is crowded and unpleasant

The Lebanese parliament decided on Tuesday to change laws that have thus prevented Palestinian refugees in the country from holding any but the most menial jobs and allow them to work wherever they want.

Also part of that legislative package was a provision that would allow Palestinians to own property.

The Lebanese parliament's decision marks a watershed in that country's difficult relationship with the long-term refugees and is likely to be welcomed abroad.

But it will not eradicate the problems posed and faced by those most affected. 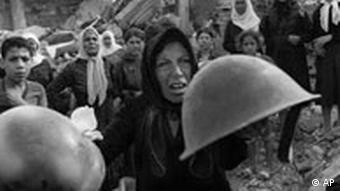 By all accounts, life in the Palestinian refugee camps in Lebanon isn't particularly easy. There are some 400,000 Palestinians living on the margins of Lebanese society, and in 2007 Amnesty International called the conditions in the camps "appalling."

One of the camps is in Shatila, which played a tragic role in the Lebanese civil war from 1975 to 1990.

"Shatila isn't doing well," Hisham Ghuzlan, a resident, told Deutsche Welle. "What happened in the past has left its mark. Anyone who can tries to get out."

Ghuzlan is referring to the Sabra and Shatila massacre of September 1982, in which Lebanese Christian militia, with indirect aid from Israeli troops, killed many hundreds of Palestinian refugees and Muslim Lebanese.

In the almost three decades since then, Palestinian refugees have remained an unresolved issue in Lebanese society, with the refugees barred from working in certain occupations and from buying property.

And the very nature of Lebanese domestic politics proved an impediment to initiatives to improve their lot. 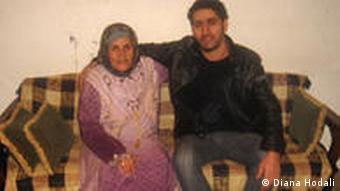 Refugees hope for a chance to improve their lives

Lebanon is a parliamentary democracy with a confessionalist system that ensures the proportional distribution of government posts to members of the country's 18 recognized religious-ethnic groups.

"The Palestinian refugees have often been misused as the playthings of Lebanese domestic politics," Stephan Rosiny, a Research Fellow at Hamburg's GIGA Institute of Middle East Studies, told Deutsche Welle. "The Christian parties are nervous about the refugees being given more rights. That summons up memories of the Lebanese civil war, in which Christians fought against Palestinians."

Lebanon is 22 percent Christian, and Lebanon's majority Muslims are split roughly equally between Sunnis and Shiites so demographic shifts are a sensitive issue. And that's not the only point of contention.

"The refugee camps are located in Shiite territories and represent a source of social precariousness," Rosiny said. "The Palestinians are in many respects the Shiites' economic competitors." 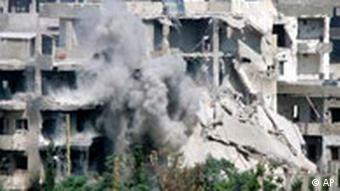 The discussion over how Lebanon should treat Palestinian refugees is influenced by the bigger issue of the status of the refugees and Israel.

"If you visit the camps, they are really in bad and poor conditions with misery and health problems," Khalil Makkawi, former president of the UN backed Lebanese-Palestinian Dialogue Committee, told Deutsche Welle. "There is always this fear in Lebanon that if we improve the humanitarian conditions of the Palestinians, give them the right to work or ownership, you are settling them."

Makkawi says he doesn't himself think that is the case, but many others in Lebanon see the matter differently.

"The Lebanese definitely don't want their country being used as a substitute Palestinian homeland," Rosiny said. "Lebanon is already thickly settled, and the Lebanese support the Palestinians' right of return. The Palestinian refugees themselves feel much the same way."

Many Lebanese resent the fact that late Palestinian leader Yasser Arafat moved his base to their country in 1970 and launched attacks on Israel, which led to Israeli military responses.

And opponents of the legal reforms argued that they would be a first step toward naturalizing the refugees as Lebanese citizens. 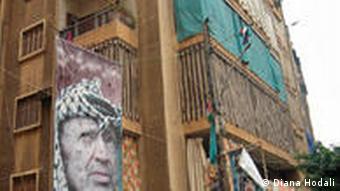 Photos of Arafat can still be seen in the camps

But there are also compelling reasons why normalizing the Palestinians' status is in the interests of the Lebanese government.

"Aside from political considerations, the reforms would be very welcome," Rosiny said. "The refugees' economic and political status is very precarious, and changes in the law, for instance, would help combat the problem of black-market labor and strengthen the control of the Lebanese state and its institutions."

Palestinians living in neighboring Syria and Jordan enjoy far more rights than they do in Lebanon.

No pieces of legislation in Lebanon will resolve the larger, underlying issue of whether Palestinian refugees will ever be allowed to return to what most feel is their proper homeland. But legal reforms could better the situation of a long-term and, in many senses, involuntary minority in Lebanese society.

Hisham Ghuzlan and Khalil Makkawi were interviewed by Diana Hodali.

The ever-present war in Southern Lebanon

On August 1, the UN-Convention on Cluster Munitions came into effect. Israel has not yet signed the agreement. In the 2006 Lebanon war Israel is said to have dropped four million cluster bombs. Many failed to explode. (31.07.2010)

Wine has been produced in Lebanon since ancient times. Now, vineyards destroyed during years of warfare have been replanted. Currently, the alcohol is tolerated by the Islamic conservatives of Hezbollah. (14.07.2010)