Latvia's ruling coalition has lost its majority, with the pro-Russia opposition party Harmony winning the most votes. Three newly formed parties also did well and a new formation for a coalition could take time. 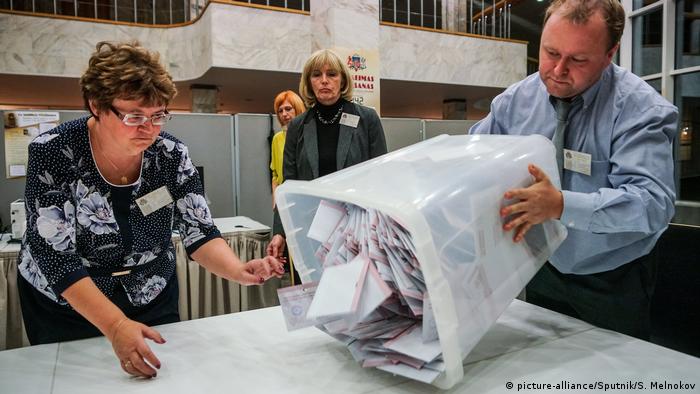 A party favored by ethnic Russians has won the most votes in the Latvia's general election, final results showed on Sunday.

The left-leaning Harmony secured 19.9 percent support in Saturday's vote, but would likely have trouble forming a ruling coalition.

"Harmony was, is and will become Latvia's most important party," the party's prime ministerial candidate, Vjaceslavs Dombrovskis said on television.

Led by Nils Usakovs, the mayor of the capital Riga, Harmony won the most votes in the past two elections. But other parties refused to join it in a coalition over suspicions of its links with Moscow, despite its pro-EU stance.

"No coalition combination is possible without Harmony that would appear able and stable," Ushakovs claimed on Sunday.

It enjoys broad support from the Russian minority, which accounts for about 25 percent of the Baltic country's nearly 2 million people. Sunday's results give the party 23 seats, one less than in the last election.

The current three-party coalition lost its collective majority, dealing a blow to Prime Minister Maris Kucinskis' chances of forming the next government. His Union of Greens and Farmers won only 9.9 percent of the vote, while the National Alliance took 11 percent and the Unity party 6.7 percent of the vote.

That means the trio would have to find at least one additional party to form a majority government, which requires 51 seats in parliament. 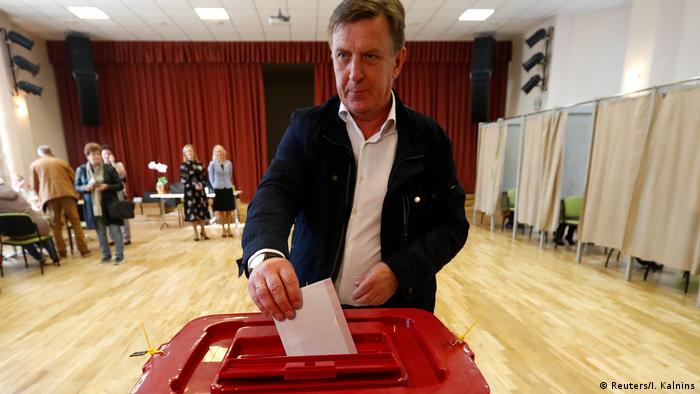 New Conservative Party leader, Janis Bordans, ruled out any cooperation with Harmony, saying this was "our red line before and after the election."

The liberal For Development/For! party, which was also founded only recently, won around 12 percent.

In all, seven parties made it over the 5 percent threshold to enter parliament.

The results indicate that there could be weeks of negotiations to form a new government in the EU and NATO member state, which after 50 years of Soviet occupation gained independence in 1991.

Voter turnout was 54.6 percent, the lowest since the country became independent. Some 1.5 million Latvians were eligible to vote.

Teachers in the Baltic country's bilingual schools are transitioning into teaching mostly in Latvian. Critics worry that the reform will come at the detriment of minority students — mainly ethnic Russians. (08.09.2018)

Bucking the trend to go West and stay there, some young Latvians do return home after dipping into life abroad. For them, the drawbacks of their ever more sparsely populated country are anything but. (12.05.2018)

Baltic states to decouple power grids from Russia, link to EU by 2025

Baltic states and Poland put an end to years of bickering and signed an agreement to decouple their power grids from Russia. The EU will negotiate with Russia as to how to make the transition as smooth as possible. (28.06.2018)